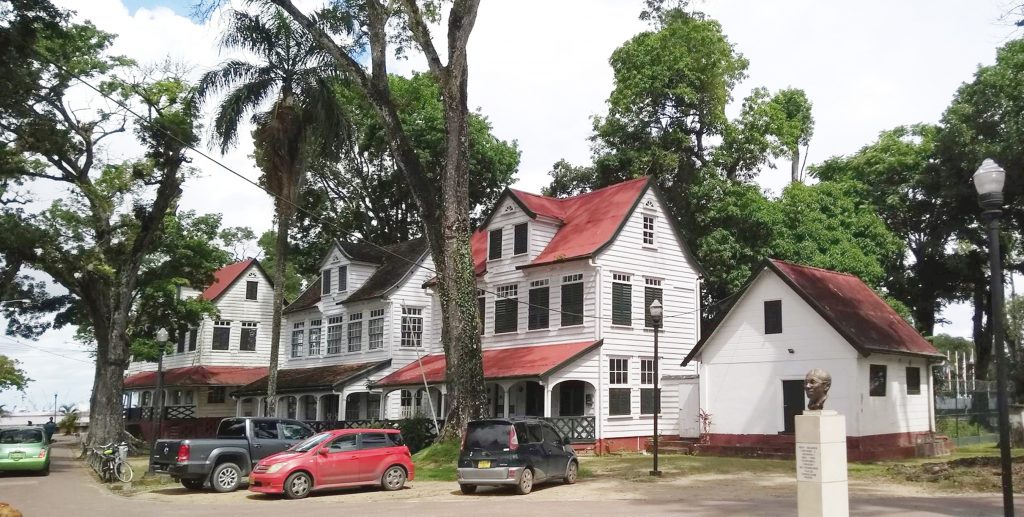 From 29 June until 4 July, a delegation of four representatives of the Brussels-Capital Region (BRC) travelled to Paramaribo, the capital of Suriname. The country has been a partner of the BRC since 16 July 2018. The mission, which was led by Christian Lamouline, the Secretary General of the Brussels regional public service (BRPS), aimed to further examine and deepen the links between the two regions. The mission culminated in the signing of a Memorandum of Understanding between urban.brussels and the District of Paramaribo.

The first days of the mission revolved around Keti Koti, the annual celebration of Emancipation Day in Suriname, which marks the date when slavery was abolished in the country. Suriname is a country that profoundly felt the impact of slavery: most of the country’s population have ancestors who worked on the plantations, either as slaves, or as labourers who worked for a pittance.

The Brussels delegation participated in a torchlight march as part of this historic remembrance festival on the evening of Sunday 30 June, as well as in various official ceremonies that were hosted by the Surinamese Governmen ton Monday 1 July.

Memorandum of Understanding between urban.brussels and the District of Paramaribo

On Tuesday 2 July, the day started with a meeting with Edgar Dikan, the Surinamese Minister for Regional Development. Following this meeting, urban.brussels and the District of Paramaribo signed a Memorandum of Understanding (MoU) formalising the collaboration between the Brussels institution and its Surinamese counterparts on various themes linked to sustainable territorial development. The objective is to develop urban renewal programmes based on a contemporary vision of urban planning, heritage and architecture. A press conference was organised for the local media after the signing.

The day ended with technical meetings and a visit to the Surinamese section of UNICEF.

Work continued the next day, with a visit to the office of Eric Grauwde, the Commissioner of the South-West District of the Suranimese capital. The representatives of both regions then attended a dozen presentations. Speakers included Mike Nerkust, the Commissioner of the District of Paramaribo North-East, and Christian Lamouline, who addressed the participants on behalf of the BRC. This provided a good opportunity to identify potential cooperation themes and exchanges of good practices, more specifically in the field of sustainable tourism, mobility and administrative simplification. The themes will be studied more thoroughly in the coming months.

On Thursday 4 July, the representatives of the BRC visited the central market, which is the largest covered market in the Caribbean. They then stopped at Urban House Suriname, an NGO that develops and promotes projects for the emancipation of young people, with our region’s support.

Surinamese cuisine in the spotlight in Brussels

The mission ended on a resolutely positive note. The Brussels representatives were very impressed with the warm welcome that they received and the fact that their hosts were determined to boost our cooperation. The exchange will continue very soon, in Brussels this time around. A delegation will be participating in eat! BRUSSELS, where it will showcase the delicious cuisine of Suriname in the International Village. Save the date!