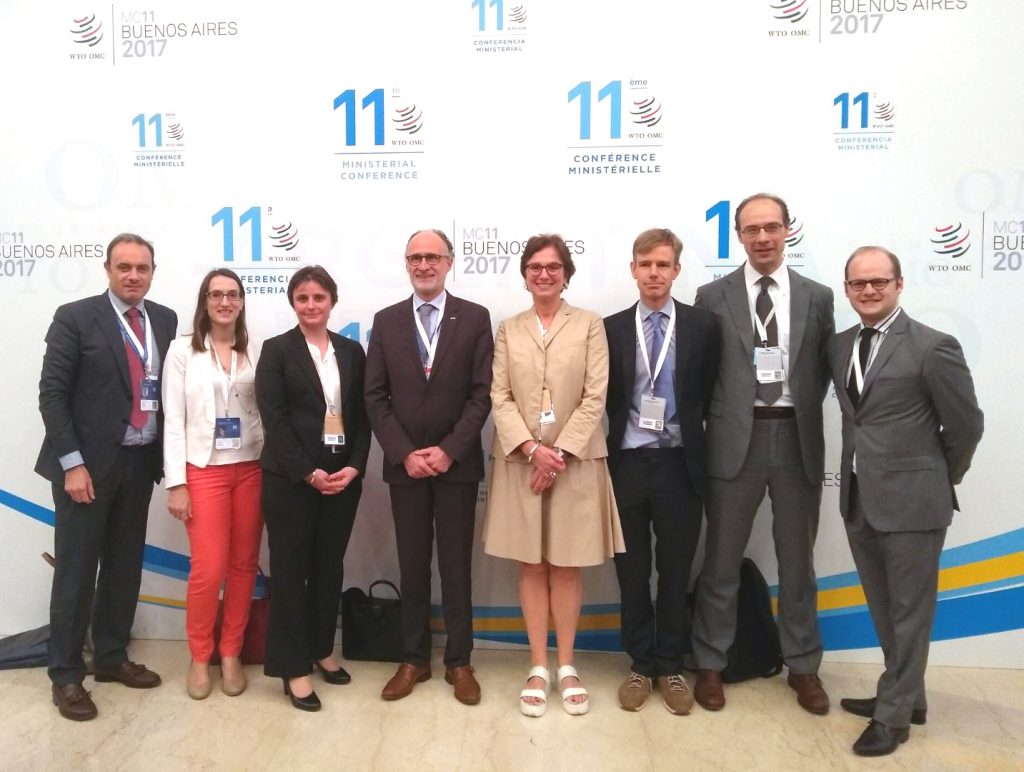 While the Eleventh Ministerial Conference (MC11) of the World Trade Organization in Buenos Aires from 10 to 13 December 2017 produced very few tangible outcomes, it was an important opportunity for the Brussels-Capital Region, which participated in this conference for the first time.

The Belgian delegation, which was led by Geert Muylle, our ambassador in Geneva, included representatives of the FPS Economy and of the three regions. It was also the first time that the Brussels-Capital Region participated in this complex negotiation process, which combines a tense political context and a defiant attitude to the WTO with blatantly divergent interests.

It soon became apparent in Buenos Aires that the OMC is incapable of working together, with 164 members around the table, owing to persistent differences in opinion. The increasingly protectionist position of the United States especially was a factor. The US opposes the multilateral trading system and the trade dispute settlement mechanism. No deals were secured on fisheries and agriculture. Finally, some Member States refused to engage on themes that are important to Belgium and Brussels especially, namely services, SMEs and e-commerce.

To paraphrase the Director General of the MC in his conclusions, it is important that Member States remember that, despite the trading system’s limitations, it is the best available option at this time. Multilateralism does not always mean that we get what we want, it means that we get what is possible…