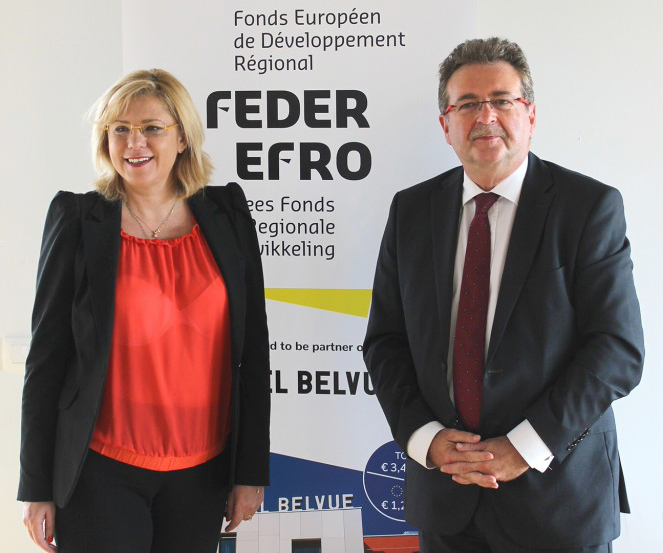 A European visit to ERDF projects in Molenbeek

On the 6th of June 2017, the European Commissioner for Regional Policy, Corina Crețu, visited ERDF projects in the Canal area, where over 300 million euros has been invested in 10 years. Corina Crețu was able to observe on site the development opportunities created by the EU and the Region to reduce the disparities between regions for the benefit of citizens. 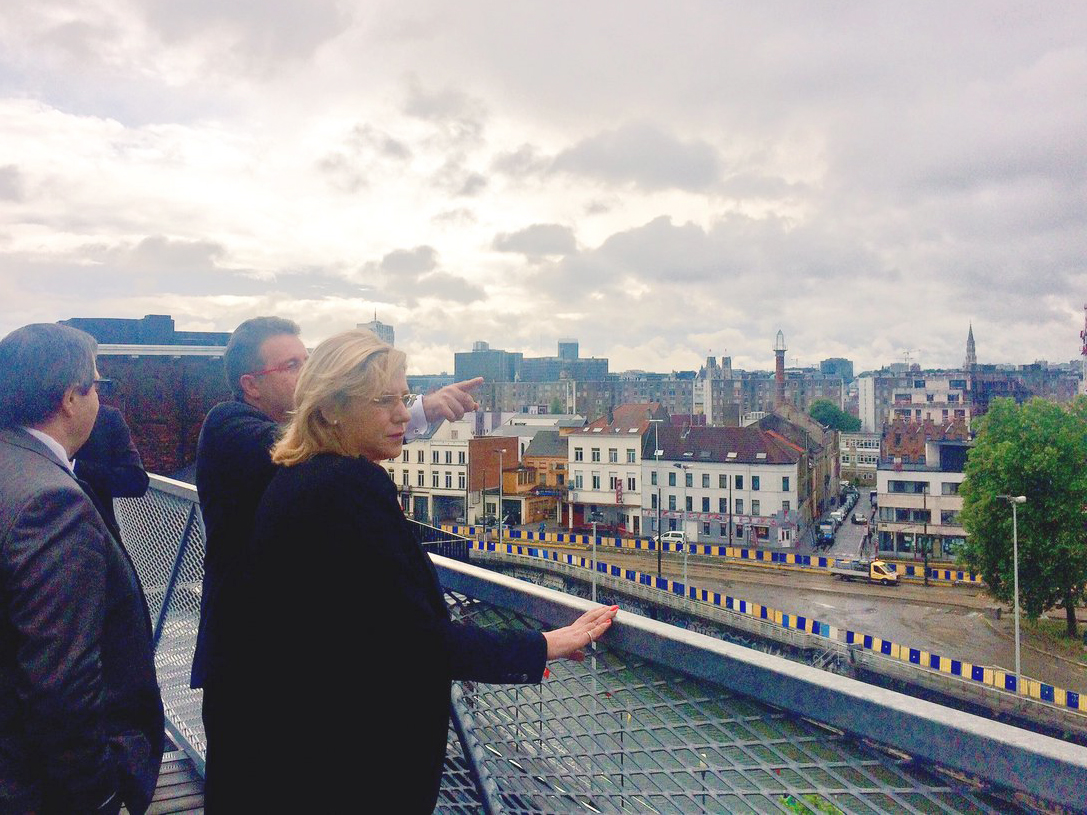 The panoramic terrace of the Espace Belle-Vue offers unobstructed view of the Canal area. 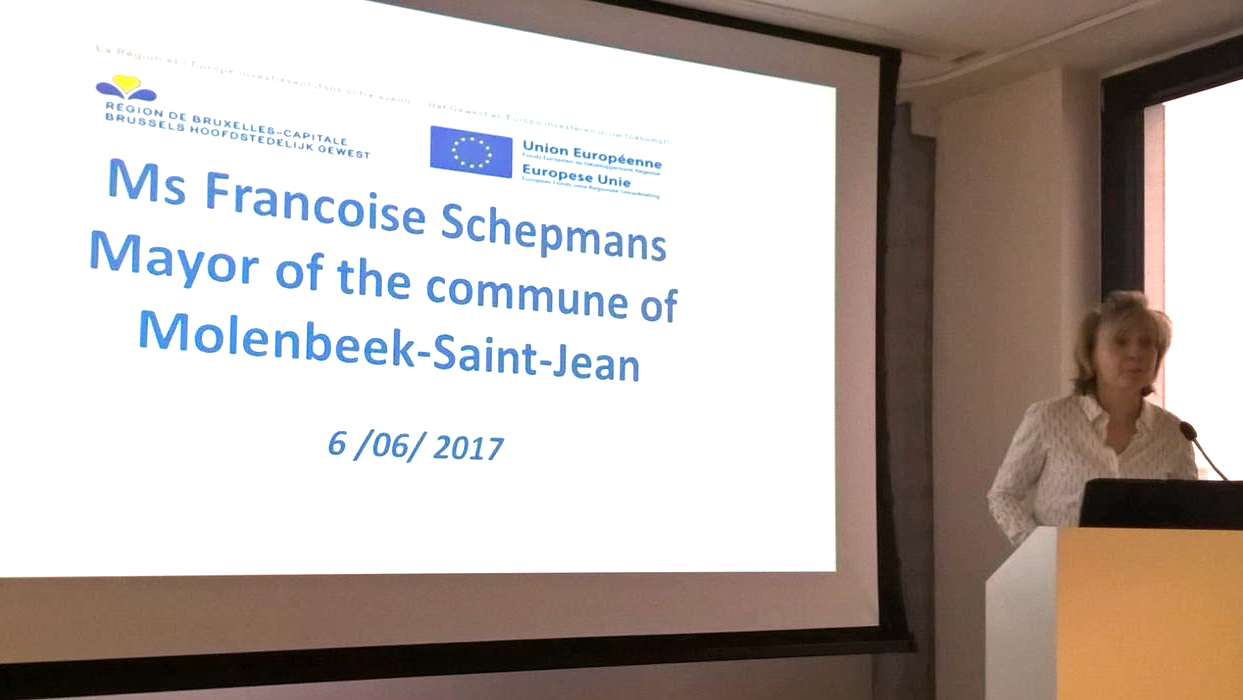 Presentation of the impact of ERDF projects in Brussels by the Mayor of Molenbeek, Françoise Schepmans. 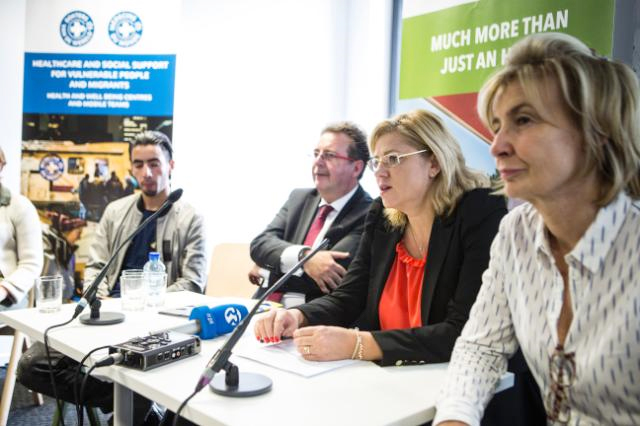 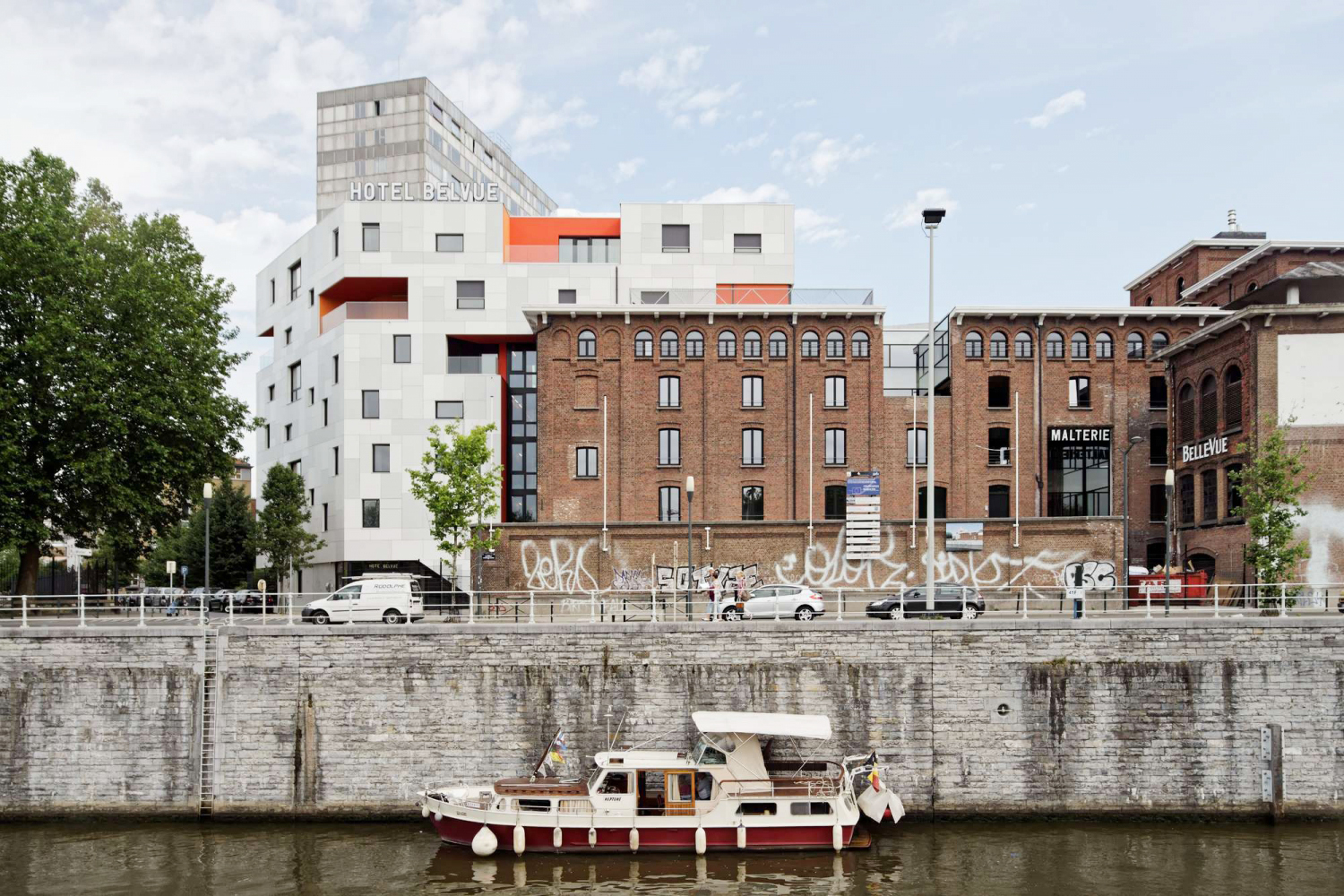 In February, IPSOS presented a survey showing the extent of the crisis of confidence that Europe is experiencing. Nonetheless, its policy is being implemented by projects directly benefiting its citizens, notably through financing from the European Regional Development Fund (ERDF), but these are still too little known. Commissioner Crețu‘s visit to the districts neighbouring the Canal helped to focus the spotlight on a few of them.

The Commissioner visited the Espace Belle-Vue. This project involving a number of collaborations occupies the premises of a former malt house. Molenbeek Formation provides training courses related to the hotel and tourism industries, in close collaboration with the new Belvue hotel, which welcomes young people in training. Also located in the former malt house, Art2Work offers the young people of Brussels a series of programmes focusing on personal development and economic integration. In total, the Espace Belle-Vue has benefited from a joint investment of €2.75 million euros financed by Europe and the Brussels Region via the ERDF Fund.

In the programming period for 2007-2013, €108 million euros were invested in 32 projects. Initial results show that these funds have enabled, most notably, the creation of more than 1,300 jobs, 237 childcare places for very young children, and 24 infrastructure projects. The programme for 2014-2020 counts 46 projects. These focus on different areas of development in the Region such as research and innovation, strengthening entrepreneurship and SME development, supporting a circular economy and the rational use of resources, and finally social cohesion.

Commissioner Crețu ended her visit with the presentation of a programme led by Doctors of the World. This project responds to the call made by the European Union in October 2016 for a share of the ERDF funds to be used to set up projects responding to the refugee crisis in the EU. The Doctors of the World project is intended to finance a physical and mental health monitoring system and social support for refugees through the creation of mobile units and, in future, the creation of two centres. The ERDF Fund’s support represents €7.4 million .

A lever for the region and its inhabitants

The ERDF projects undertaken since 1994 to revitalise the Canal area are emblematic of the European programmes. The projects presented to Commissioner Crețu show the results of this policy over the long term. They reveal the effectiveness of collaboration between public institutions, private companies and associations, to create a lever for the region and its inhabitants.

However, the Canal is no longer the only area affected by this policy. In fact, the 2014-2020 programme now covers a wider geographical area. “Urban regeneration,” concluded Rudi Vervoort, Minister-President of the Brussels-Capital Region, “does not stop, as far as we are concerned, with urban renewal contracts, sustainable neighbourhood contracts, or the city’s policy which allow us, it’s true, to pursue a particularly pro-active policy on urban renewal. It is also complemented significantly by ERDF structural funds, which represent an undeniable opportunity. Just think that, as part of the ERDF 2007-2013 programme, €108 million were invested, and for the current 2014-2020 programme, 46 projects have been selected by the Brussels Government to receive a total of €200 million from the ERDF and the Region. Europe is helping us to meet the challenges linked to economic, social and territorial disparities and we are grateful for that. “