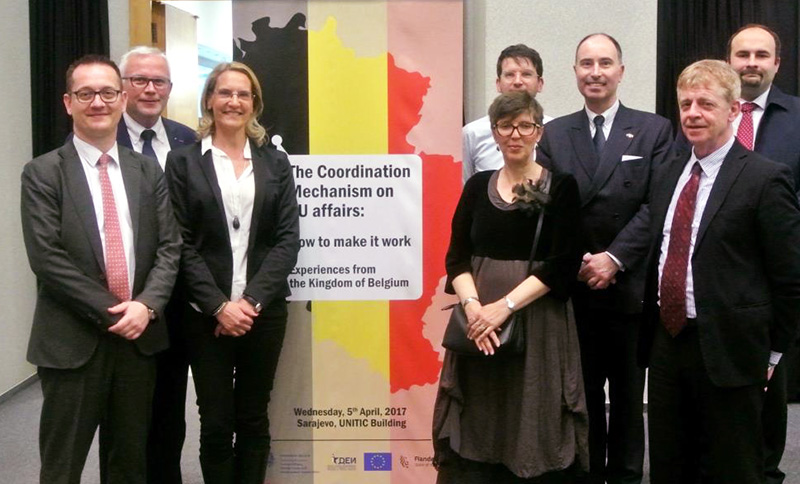 Fredrik Lamberty, the Deputy Permanent Representative of the Brussels-Capital Region to the European Union, presented the Belgian European coordination mechanisms.

In the margin of its rapprochement with the European Union (EU), Bosnia-Herzegovina invited a panel of Belgian experts to a seminar in which a member of the delegation of the Brussels-Capital Region to the EU also participated. 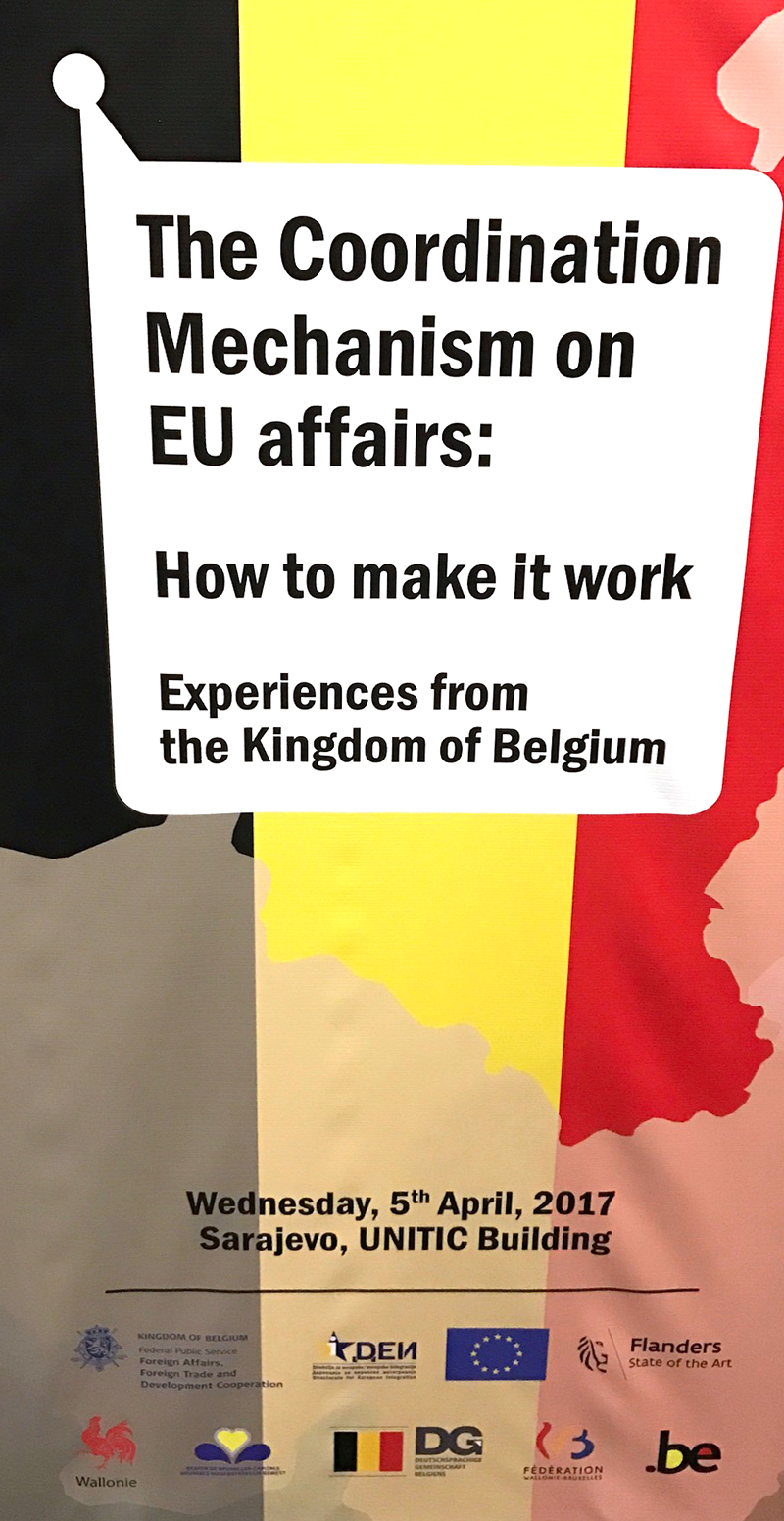 With the support of the Division for European Integration of Bosnia-Herzegovina, the FPS Foreign Affairs on 5 April 2017 participated in a seminar in Sarajevo on the Belgian European coordination mechanism. A delegation of representatives from the federal level and the Regions and Communities explained the structure, the content and experiences with the monitoring of European issues in Belgium to an audience of 80 participants.

With this initiative, Belgium hopes to promote regular exchanges of specific experiences with its Bosnian counterparts. In August 2016, Bosnia set up its own European coordination mechanism, which is a vital condition for further progress on the path to EU membership.

The presentation and the interactive format of the Q&A session allowed the participants to exchange experiences and discuss challenges, which everyone appreciated. Everyone expressed their desire to continue these exchanges in the future and explore the option for organising other seminars, e.g., on the transposition of European into national legislation.