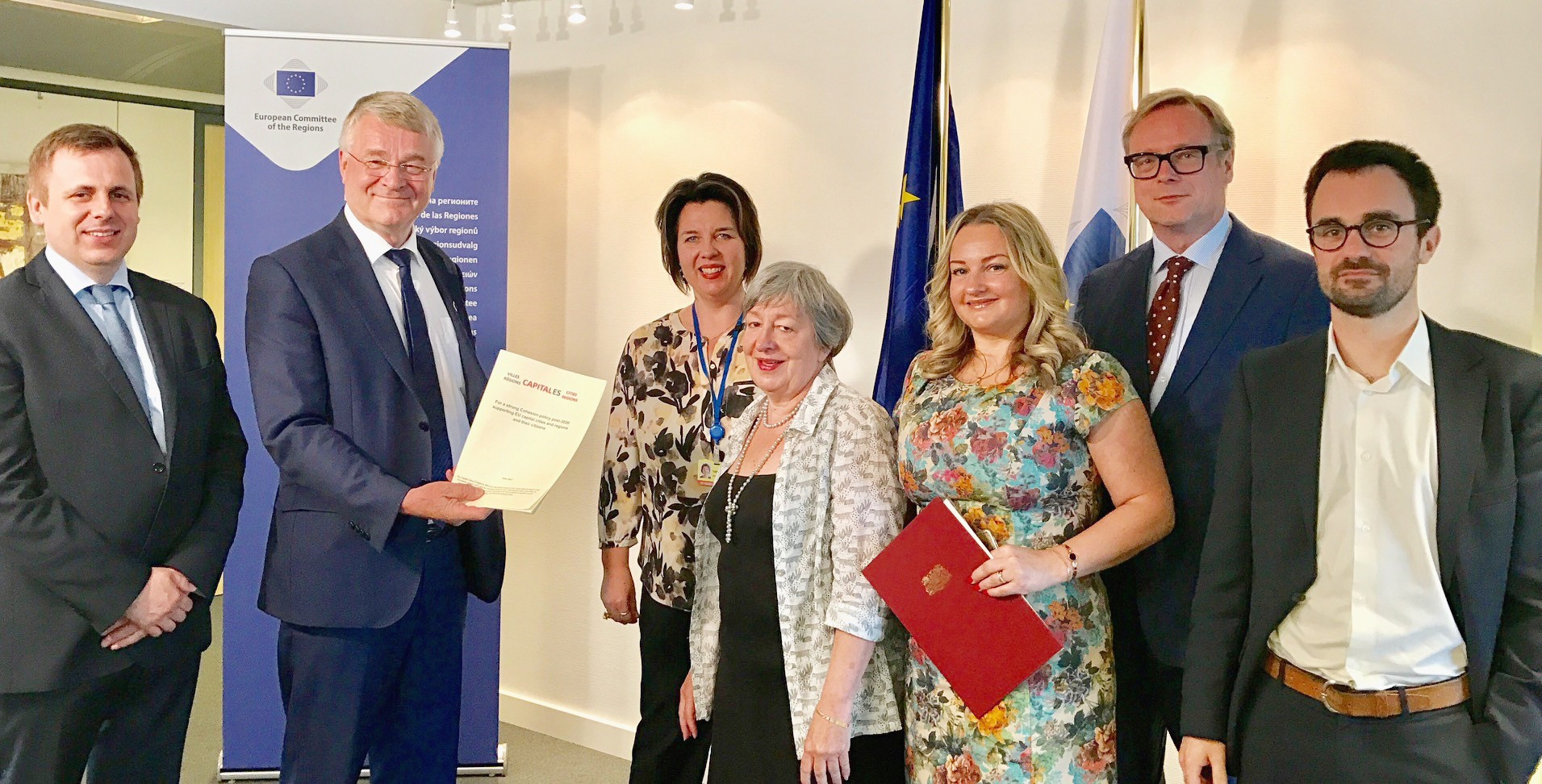 The Capital Cities and Regions Network’sposition paper on the future of cohesion policy, presented on the 26th of June 2017 to the President of the Committee of the Regions, Markku Markkula.

The Brussels-Capital Region has added its name to the position paper produced by the Capital Cities and Regions Network (CCRN) on the future of Cohesion Policy, presented on the 26th of June 2017 to the President of the Committee of the Regions, Markku Markkula.

The position paper by the Capital Cities and Regions Network is entitled “For a strong Cohesion policy post-2020 supporting EU cities and regions and their citizens”. The document particularly underlines the need for strengthening urban and territorial aspects  of cohesion policy for all European regions.

The capital cities and regions also insist on the need to adapt the budget for cohesion policy to meet the many challenges that arise in this respect. At the same time, a significant effort is required in terms of administrative simplification. EU rules applying to all European Structural and Investment Funds are particularly targeted by this call. While the capital cities and regions are convinced of the merits of grants and loans, they are equally convinced that they are aiming at different objectives would like to see these reviewed. Finally, the members of the Network are calling for the necessary legislation to be put in place by mid-2019 at the latest to ensure that projects can be developed and launched within the desired time frame.

The Brussels-Capital Region was represented at the presentation of this position paper to Markku Markkula by Julien Jost, a member of the cabinet of Minister-President Rudi Vervoort.