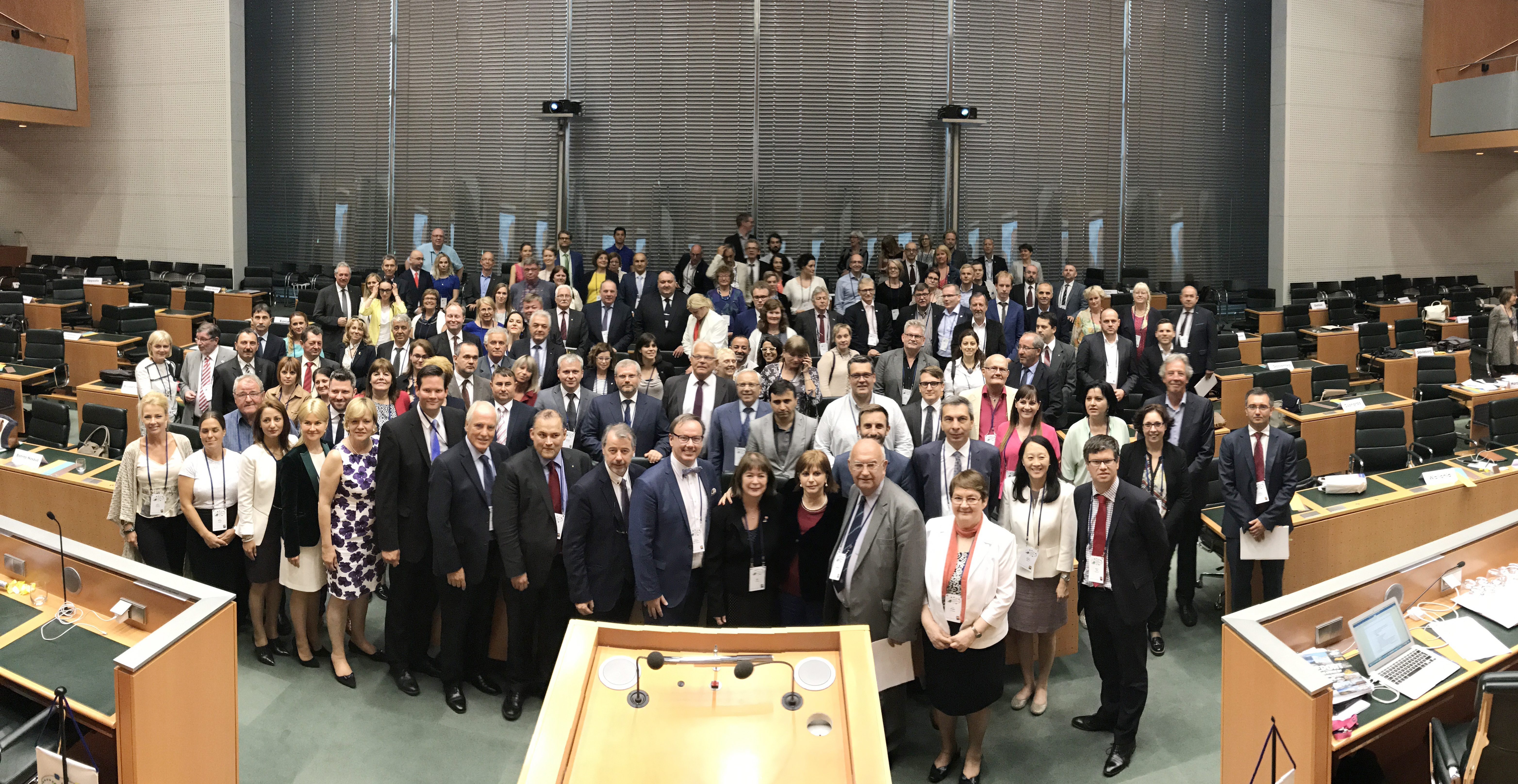 Group photo of the Assembly of European Regions.

The Brussels-Capital Region attended AER’s General Assembly and Summer Bureau on the 31st of May 2017.

This event was an occasion to elect the Swede Magnus Berntsson as President of the association. The executive board was also renewed and the Brussels-Capital Region retained the Presidency of the “Economy and Regional Development” committee. It was also an opportunity to highlight our region’s involvement in programmes such as Eurodyssey, Summer Academy and the task force on the “Post 2020 Cohesion Policy”. The work of the latter led to a position paper adopted by the Committee on the 1st of June.