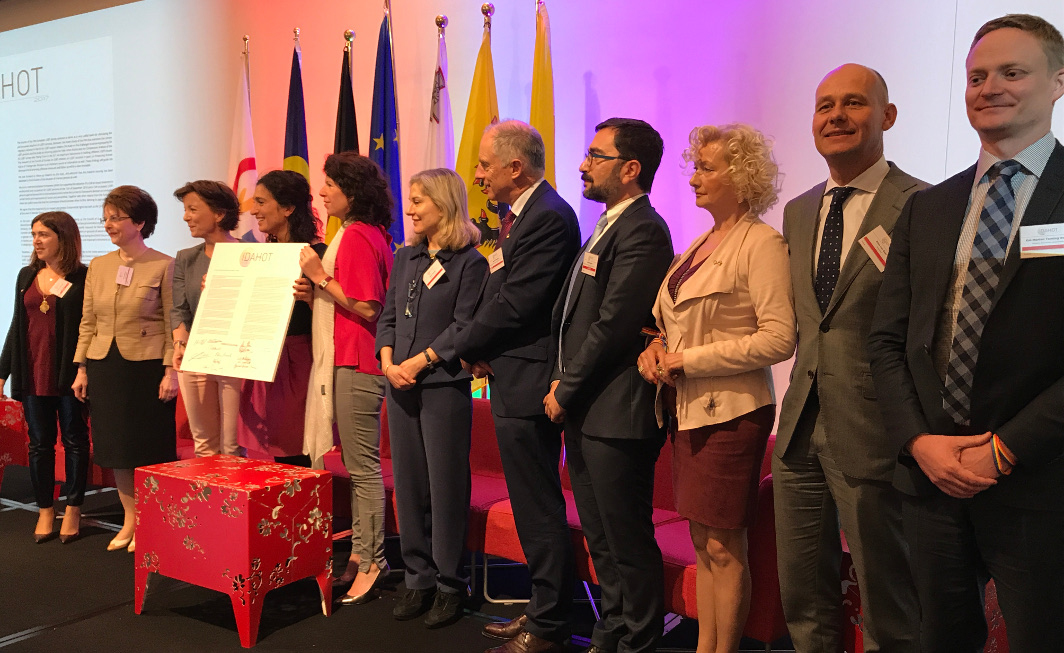 State Secretary Bianca Debaets and the other representatives signed the “Call for a Comprehensive policy approach on LGBTI issues” at the IDAHOT Forum.

On 17-29 May 2017, Brussels hosted the 5th edition of the IDAHOT Forum, organised for the International Day Against Homophobia, Transphobia and Biphobia. The Brussels-Capital Region was represented by the Brussels State Secretary for Equal Opportunities, Bianca Debaets. 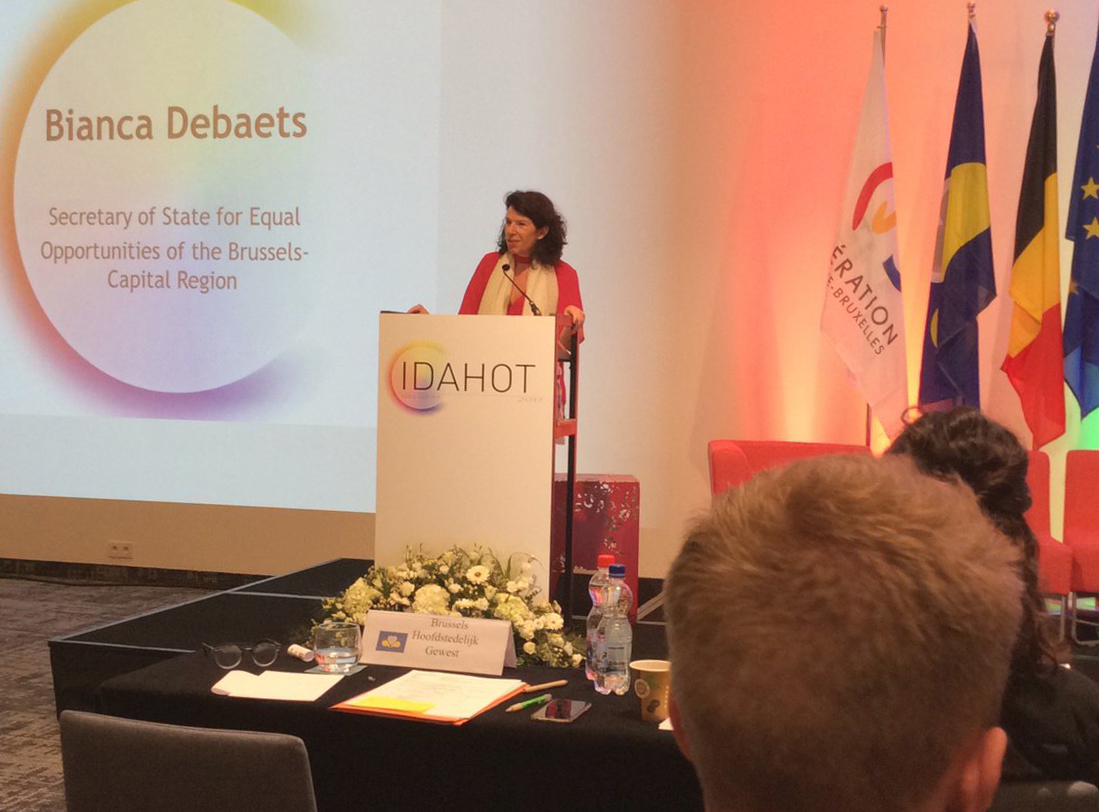 “Acknowledging the rights of the LGBTIQ community strengthens and enriches our experience of living together. The Brussels-Capital Region will continue this fight,” explains Brussels State Secretary for Equal Opportunities, Bianca Debaets. 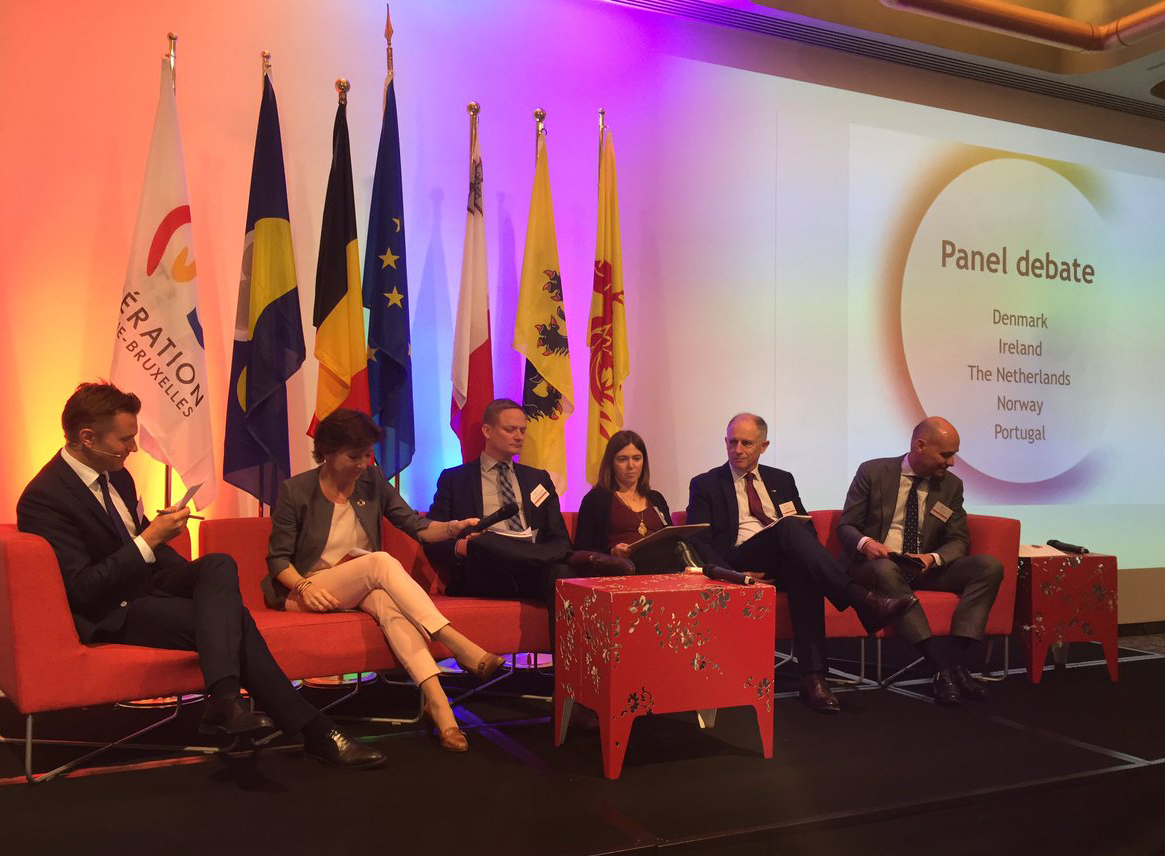 By hosting the 5th IDAHOT Forum, the Brussels-Capital Region has benefited from an exceptional opportunity to highlight, most specifically at the international level, its cutting-edge policy to combat discrimination against LGBTIQ people and to promote respect for their rights.

Various decision-makers, members of academic circles, practitioners and others concerned with these issues met in Brussels on this occasion. The Forum also met with Vitit Muntarbhorn, the first independent expert on protection against violence and discrimination based on sexual orientation and gender identity and accredited by the UN Human Rights Council. A plenary session and several working groups provided food for thought.

During the ministerial section of the Forum on the 19th of May, various government representatives and delegates from different European countries signed the declaration “Stepping it up – 2017 Renewed Call for a comprehensive policy approach at European Union member states LGBTI issues”. The declaration is a new call for the European Union to promote the principles of non-discrimination and equality on the basis of sexual orientation and gender identity, in all areas of life.

In addition, representatives from various foreign cities such as Ljubljana, Utrecht, Manchester and even Mexico City were invited to IDAHOT 2017. Their presence enabled Brussels to share its good practices with other cities.

Finally, on Saturday 20 May, the conference delegates were able to join the Belgian pride parade through the streets of Brussels.