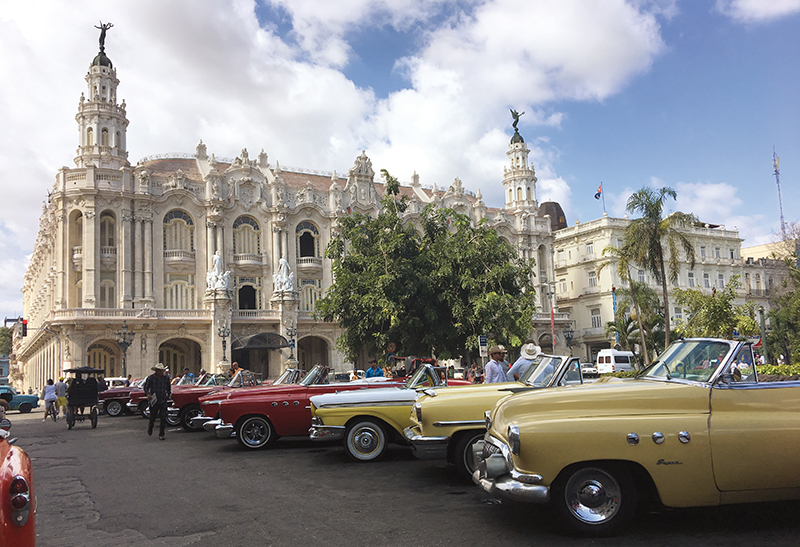 In November 2016, the Cuban capital was invested by several Brussels initiatives for the Belgian Week, for which a Brussels delegation of 11 members travelled to Cuba. 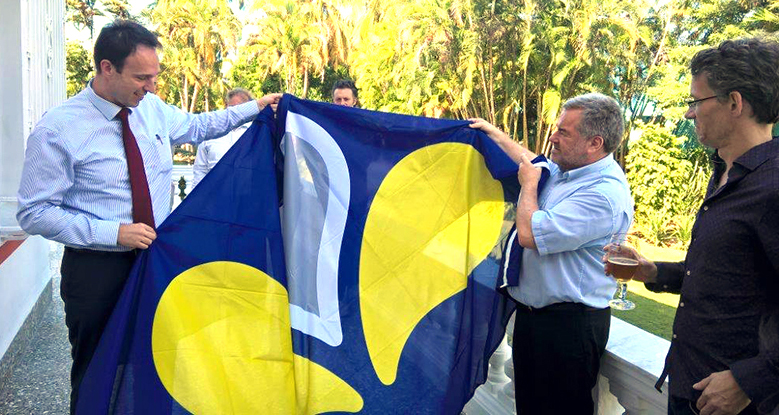 Ambassador Patrick Van Gheel (l.) receives the new flag of the Brussels Region from the hands of Daniel Verheyden (r.). 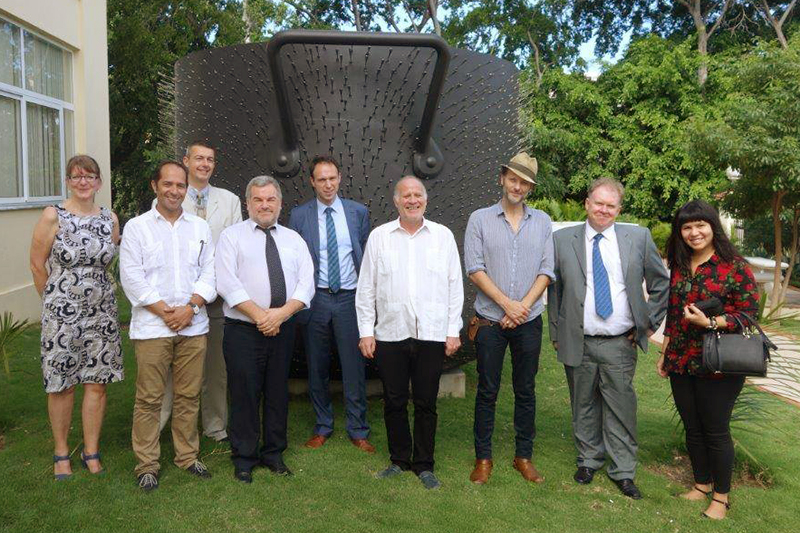 The official delegation was received by the Cuban Vice-Minister for Culture (c.).

The Director of the Museum for Fine Arts of Havana, Daniel Verheyden (Brussels International, the Cuban Vice-Minister for Culture and Romain Renard (Melvile) at the reception for King’s Day. 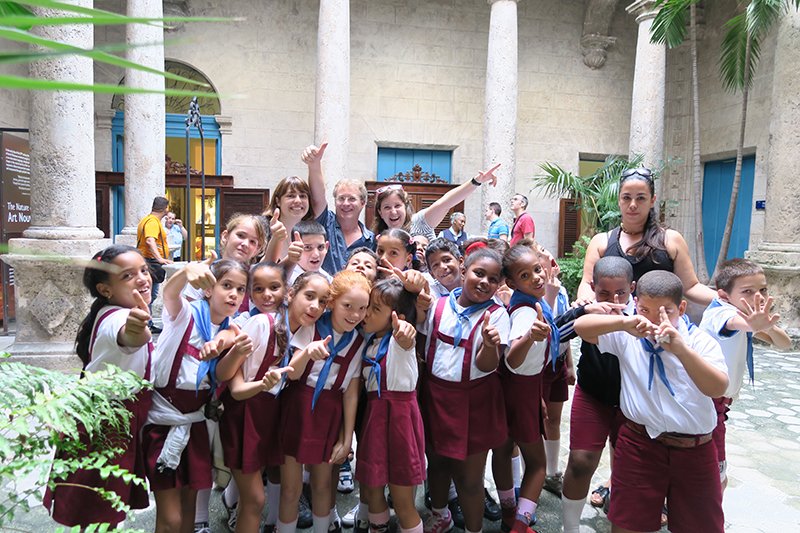 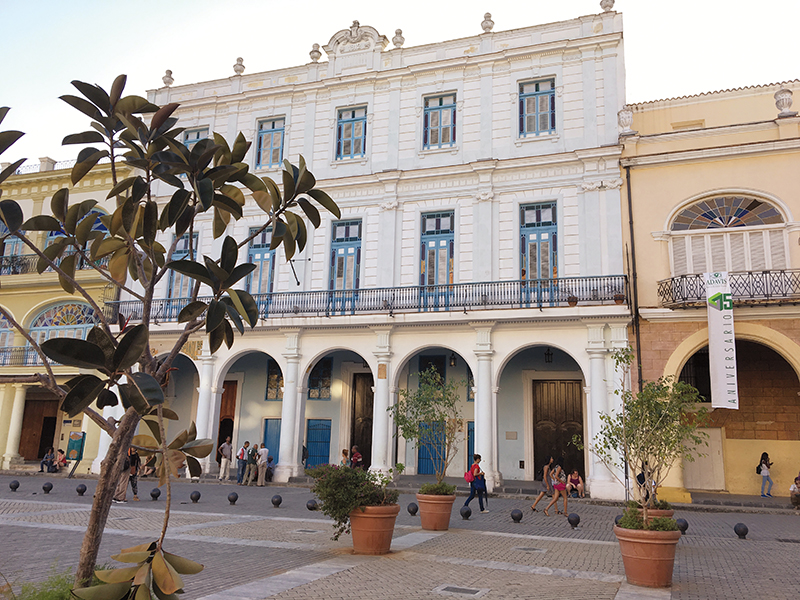 The ‘Vitrina de Valonia’ on the Plaza Vieja.

The Belgium Ambassador to Cuba, Patrick Van Gheel and the Representative of the European Union, Herman Portocarero, himself a former Belgian ambassador to Cuba, received the Brussels delegation. The delegation also visited the Cuban Deputy Minister for Culture and the President of the Cuban National Council for Heritage.

The main purpose of the mission to Cuba was to execute the Memorandum of Understanding, which was signed in November 2015 by the Brussels-Capital Region and the Oficina del Historiador, the institution in charge of managing heritage sites in the historic city centre of Havana. The Brussels Monuments and Sites Directorate, which is headed by Thierry Wauters, shared its expertise in terms of the general organisation of heritage management and of museums, the restoration of buildings, archaeological sites and communication with the public. As part of the exchange, the delegation visited the archives of the City of Havana and several restored buildings, including the Capitol and the Palacio del Segundo Cabo.

The official programme also held a substantial cultural and educational component. Several events received extensive coverage in the Cuban press, and on Cuban radio and TV. This was especially the case for two workshops for children. The first was organised by the Réseau Art Nouveau Network in the margin of its Nature and Art Nouveau exhibition. The Palacio del Secundo Cabo, which was restored with EU funding, hosts this exhibition since April 2016. The second was organised by the Horta Museum in the margin of its exhibition in “La Vitrina”. Workshops and presentations about the Habana project of the Autrique House, which focuses on comic strips and heritage, were also organised in this framework.

Another event during the Belgian Week was a retrospective of films by the Brussels director Chantal Akerman and a presentation of three books by Brussels authors, namely “Rosa de Habana”, a comic strip book by Duchy Man Valdera, “Melvile”, a comic strip and an internet chronicle by Romain Renard, and “The 500 Hidden Secrets of Havana”, a travel guide by Magalie Raman.

The highlight of this busy cultural programme were the two performances of the audiovisual project Chroniques de Melvile. One took place in Fabrica de Arte Cubana and the other at the Centro Hispanoamericano de Cultura. The author/singer-songwriter and guitarist Romain Renard was also invited to several Cuban TV shows.

In 2017, a member of the Brussels government may visit Havana while Cuban students will take part in the photo contest of heritage.brussels. Heritage exhibitions will also be organised in Havana and Brussels.