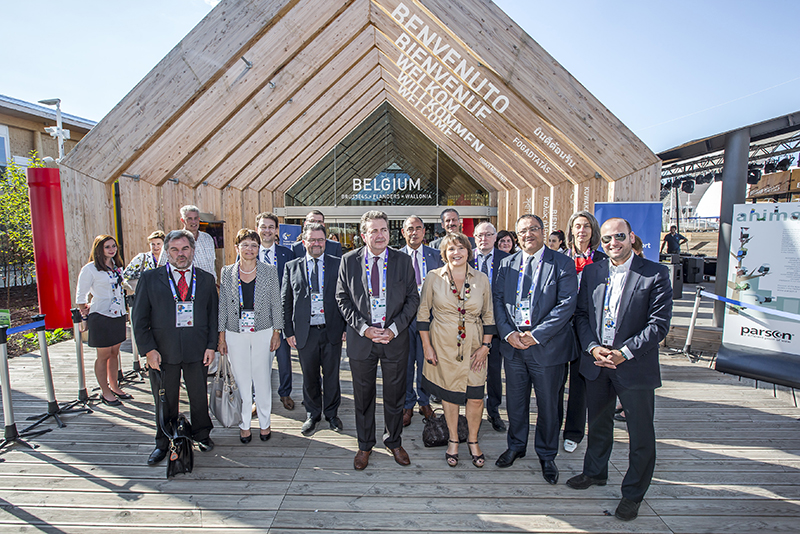 The 2015 Brussels Days 2015, a productive meetingbetween Brussels and Milan 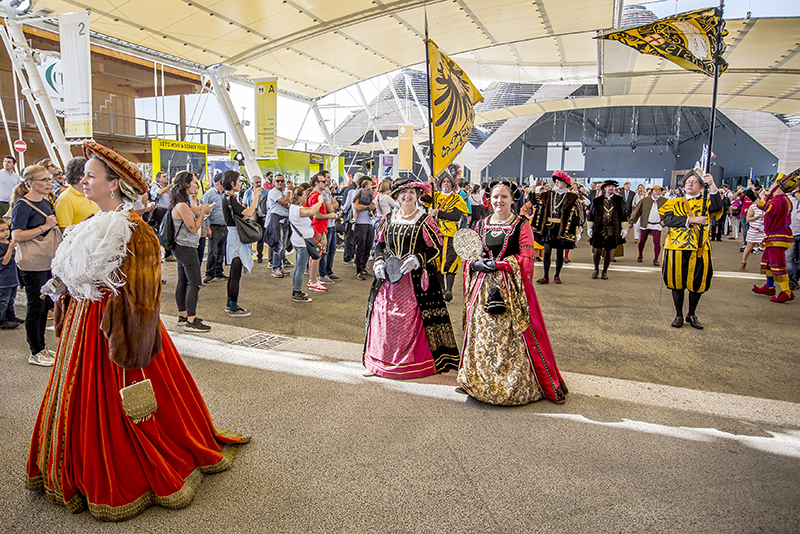 The Ommegang: arrival of Charles V. 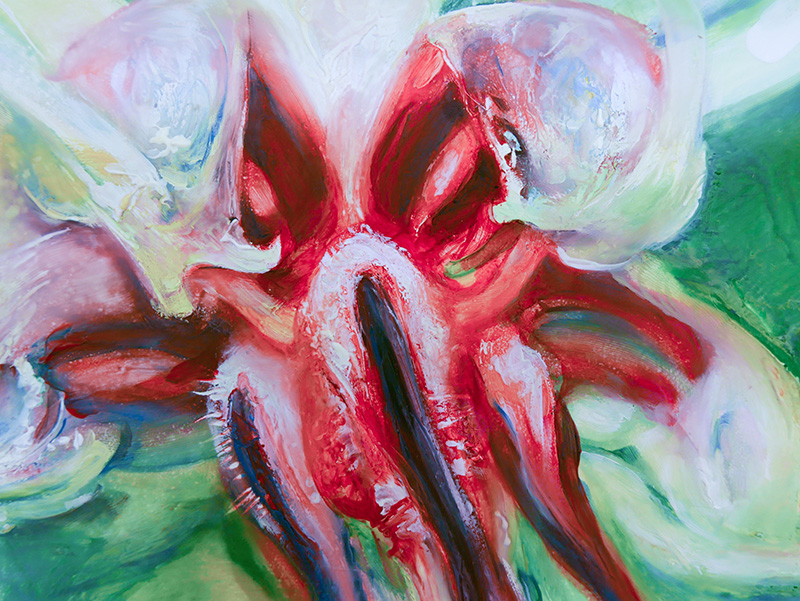 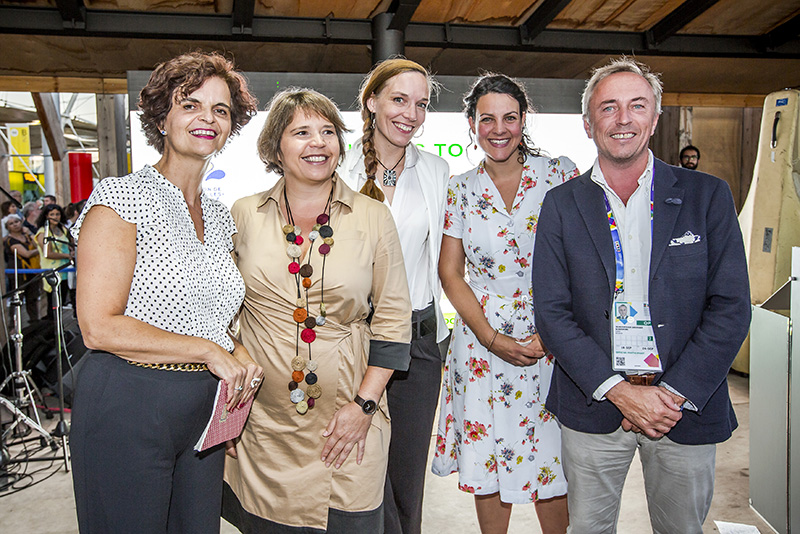 Presentation of the three finalists of the Brussels Urban Food 2025 competition: the representatives of La Fourna, EATmosphère and Le Kiosque à grains with state secretary Cécile Jodogne and Jean-Patrick Scheepers, who came up with the idea of the competition. 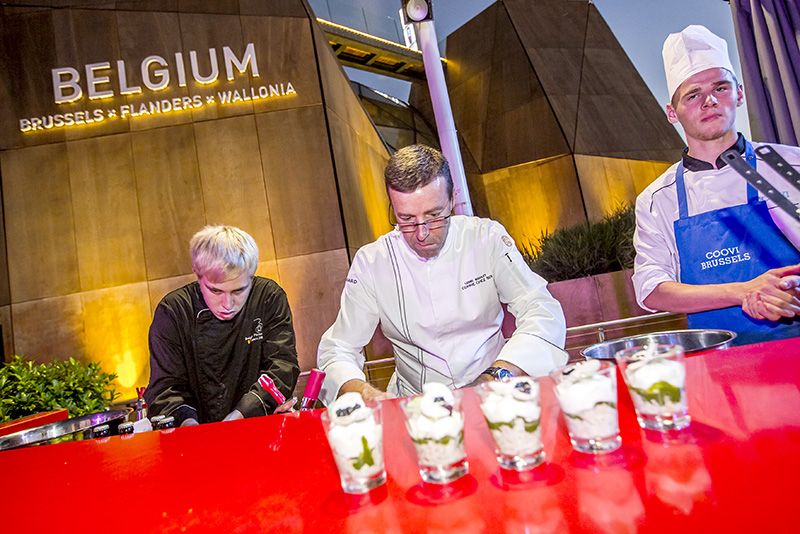 Chef Lionel Rigolet (**Michelin), assisted by a team of students from COOVI. 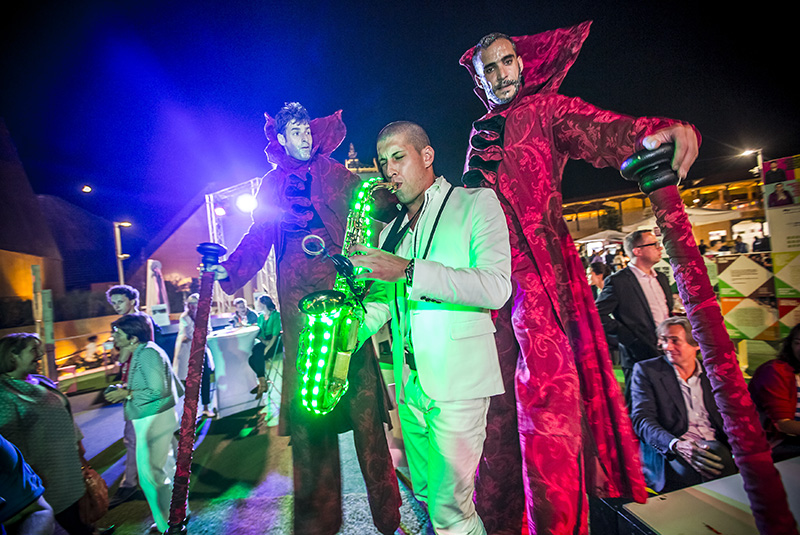 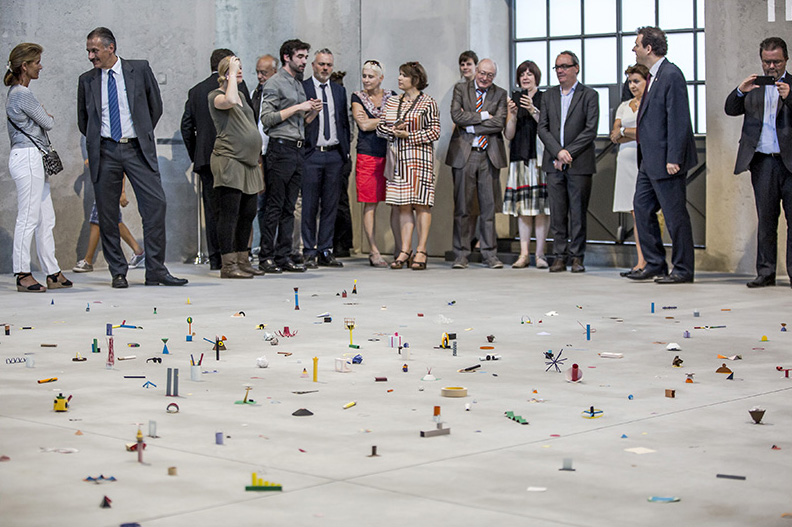 Visit of the Prada Foundation. 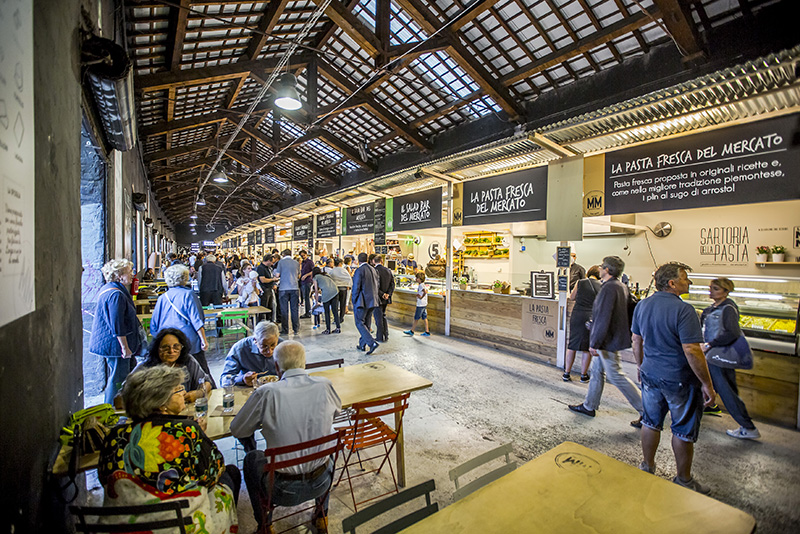 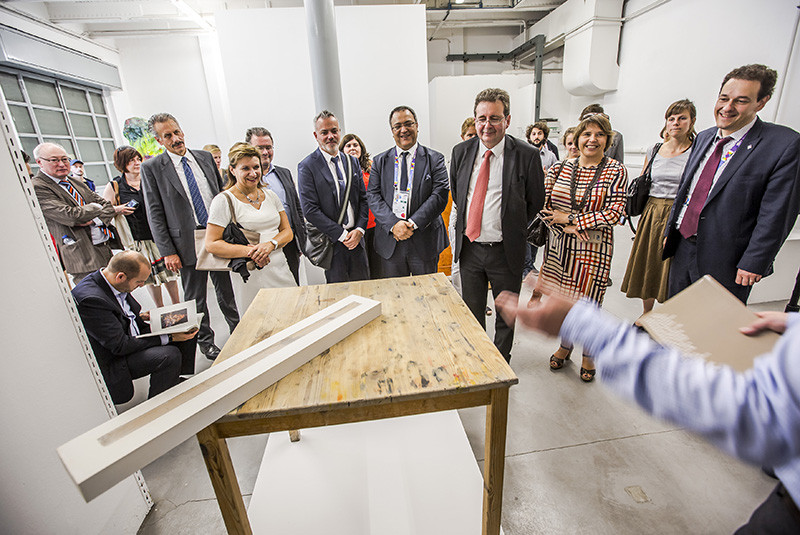 From 19 until 23 December, the World Expo in Milan hosted the Brussels Days. A large delegation, led by Minister-President Rudi Vervoort, presented the best of what our region has to offer in terms of gastronomy, architecture, investment, tourism and culture to visitors.   The Minister-President travelled to Milan with the Secretary of State for Foreign Trade, Cécile Jodogne, the Minister of the Wallonia-Brussels Federation in charge of the Promotion of Brussels, Rachid Madrane, and the Secretary General of the Brussels Regional Public Service, Christian Lamouline, for the Brussels Days which were organised in the Belgian Pavilion at the Expo. Representatives of Brussels International, Brussels Invest & Export and visit.brussels as well as companies from all industries and various associations were also part of the delegation.     From Charles V to chocolate… The programme of the Brussels Days was largely funded by Guy Vanhengel, the Minister for External Relations. On Saturday 19 September, the theme was folklore and history, with the Ommegang procession. Sixty of the characters in this annual pageant, which every year evokes the atmosphere of the period of Charles V in the centre of Brussels, which is transformed into a medieval setting, travelled to Milan. They re-enacted a key event in the history of the Belgian capital for the 200,000 visitors of the Expo every day. The Minister-President was also inducted as Knight of the “Fourquet” brotherhood of the Belgian brewers on the occasion of Belgian Beer Day. On Sunday, a presentation was organised of the initiatives that the Brussels-Capital Region supports, in line with the theme of the Milan Expo: Feed the Planet, Energy for Life. A group of 250 guests was invited to visit the exhibition “Una Grande Abbuffata” (The Great Feed), which put chocolate, a typically Brussels product, into the spotlight. The exhibition was designed by the not-for-profit association Gluon with Callebaut and explores how the visual arts and cutting-edge technology can contribute to innovating the traditional craftsmanship of chocolate. Renowned artists and chocolate makers joined forces in a lab, where they experimented and exchanged their know-how and built new structures, at every stage of the chocolate making process, from the cocoa bean onwards. They rose to every change, using the latest technological innovations such as 3D printing for example to bring their ideas to life in various chocolate sculptures. These were exhibited in the Belgian pavilion, where the 20,000 visitors that pop into the pavilion every day, were able to admire them.     Sustainable food projects On Sunday another event, the call for projects for Brussels Urban Food 2025, which focuses on sustainable food in Brussels, culminated with the presentation in Milan of the three finalists of this competition, which was launched earlier in the year: La Fourna, EATmosphère and Le Kiosque à graines. The winner, La Fourna, was announced during this event. This project updates the concept of the bakery as a place where people meet, where they come to buy their bread or better yet to prepare it and exchange recipes to the current times. On Sunday evening, two leading Brussels chefs, Lionel Rigolet and Giovanni Bruno, catered a standing buffet, with dishes paired with excellent Brussels beers, after which the famous jazz artist Steve Houben took over, hosting a “Folies bourgeoises” evening for the public in the Belgian Pavilion. Monday and Tuesday were strictly for business. Forty Brussels companies, from the food, services, architecture, tourism and culture sectors, were able to meet with 120 Italian companies, during workshops, exchanges and seminars. They were able to strengthen ties and improve their knowledge of each other. The Brussels Ministers met with Mario Mantovani, the Vice-President of the Region of Lombardy, and Eugenio Comencini, the Vice-Mayor of Milan. Their presence in the capital of Lombardy was also a good opportunity to visit a number of initiatives that might serve as inspiration to the Brussels business community, like Fondazione Prada, several exemplary buildings, the Mercato Metropolitano and some urban renewal projects in abandoned sites.   Cultural diplomacy The Brussels Days ended on Wednesday 23 September with the opening of the exhibition “Forme e Antiforme”. This new cultural diplomacy project examines the concept of beauty in art, comparing two leading cities, Brussels and Milan. The exhibition focuses on various artists who believed in this concept, like Marcel Duchamp, for example who believed  that any object could become a work of art once he signed his name to it. (His most famous work, Fountain, was an upturned porcelain urinal). Forme e Antiforme also highlights the work of a new generation of artists who have chosen to perpetuate this artistic tradition. The exhibition features works by several leading contemporary artists, including Thierry De Cordier, Michel François or Angel Vergara, as well as young artists form various countries who live and work in Brussels. Generally speaking, the Brussels Days reached a large audience thanks to the huge presence of Italian visitors at the World Expo, including in the Belgian Pavilion. Everyone was very satisfied about the excellent collaboration between the various Brussels institutions and the Belgian Pavilion. Next up is Dubai in 2020, which will hosting the World Expo with the theme “Connecting Minds, Building the Future”.
Share on Facebook Share on Linkedin Share on Twitter