Brussels is committed to tackling violence against women 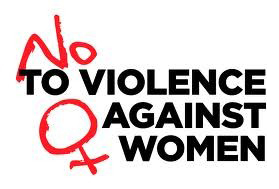 The Convention of Istanbul of the Council of Europe on the prevention and combating of violence against women will soon be ratified by the Brussels-Capital Region.   On 11 September 2012, Belgium signed the Convention of Istanbul of the Council of Europe. The convention is the first binding instrument to provide a clear framework for combating violence against women, protecting victims and punishing perpetrators. It also covers forced marriages as well as female genital mutilation, harassment and violence, whether of a physical, psychological or sexual nature. The implementation of this treaty obliges Belgium to provide specific support for victims of sexual violence, including centres that are open to everyone. Other obligations include the organisation of intensive training for professionals working with victims and/or perpetrators of violence as well as the recognition and promotion of the role of civil society in the prevention of violence. A group of independent experts, called GREVIO, will monitor the effective application of the measures set out by the treaty and where necessary will make recommendations to the various stakeholders. The Brussels-Capital Region is in the process of ratifying the treaty. In this framework, it also supports the pioneering role that our country has played since the Eighties in combating violence against women. The ratification of the treaty is part of the national action plan, which the Institute for the Equality of Women and Men drafted together with the federal government, the communities and the regions.
Share on Facebook Share on Linkedin Share on Twitter