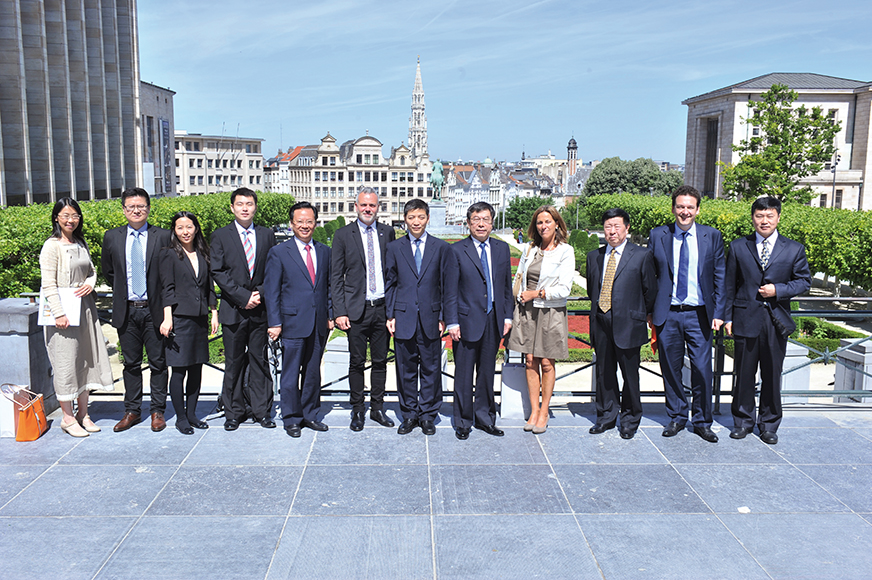 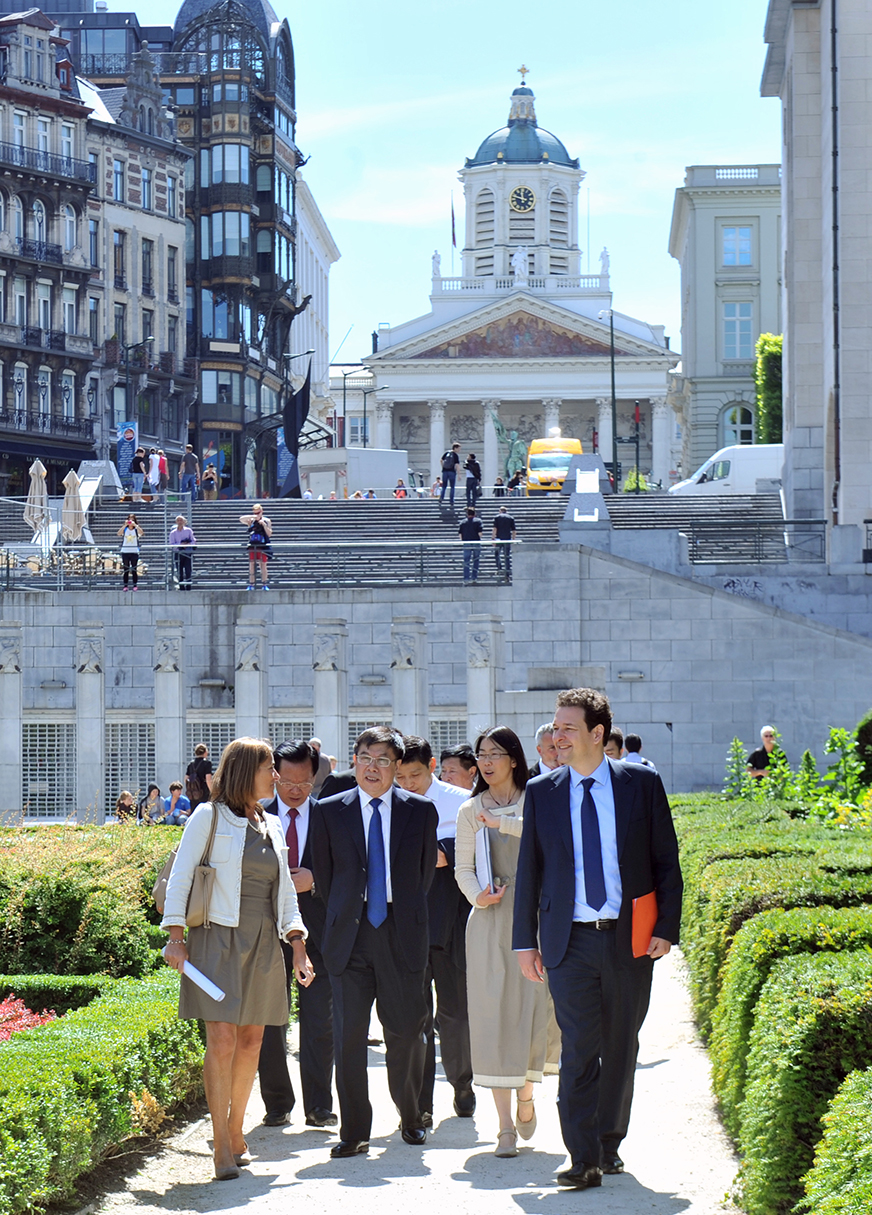 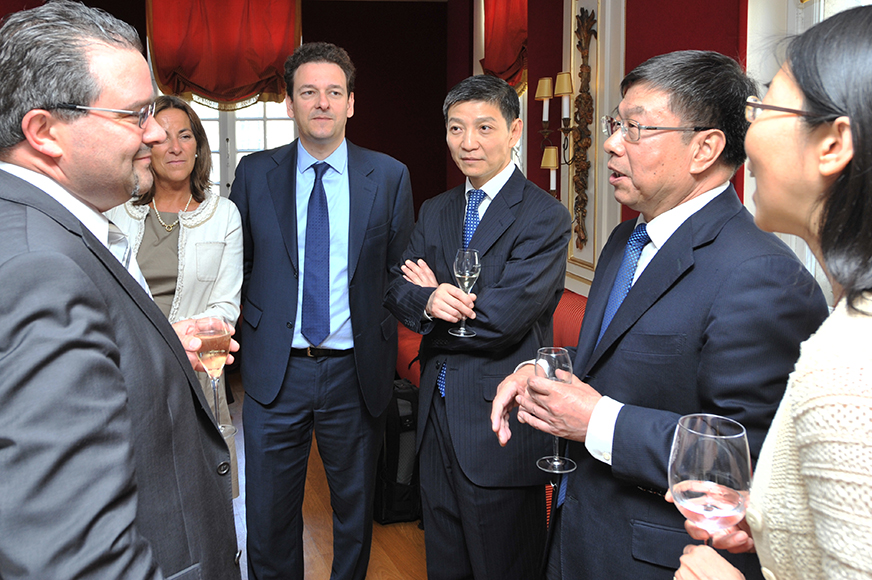 Left to right: Christian Lamouline, Secretary-General of the Regional Public Service of Brussels, Anne Claes, Director of Brussels International, Geoffroy Clerckx, the attaché for bilateral relations at Brussels International, Liao Liqiang, Ambassador Extraordinary and Plenipotentiary of the People’s Republic of China to the Kingdom of Belgium, Du Deyin, President of the Standing Committee of Beijing’s Municipal People’s Congress and Jie Zhao, interpreter.

On 6 June the Chairman of the Standing Committee of the Municipal People’s Congress of Beijing, Du Deyin, travelled to Brussels to discuss the relations between the Brussels-Capital Region and Beijing and more specifically the 20th anniversary of our partnership agreement.   Beijing and Brussels signed a cooperation agreement on 22 September 1994. The 20th anniversary will be celebrated in Beijing from 20 to 22 October with Brussels Days in partnership with Brussels Invest & Export and VisitBrussels. It is also the perfect opportunity to sign a new agreement. Du Deyin also visited the Brussels Parliament. He met with Michel Beerlandt, the Secretary General of the Brussels Parliament, before visiting the splendid hemicycle on top of the Parliament and admiring its magnificent historic salons. 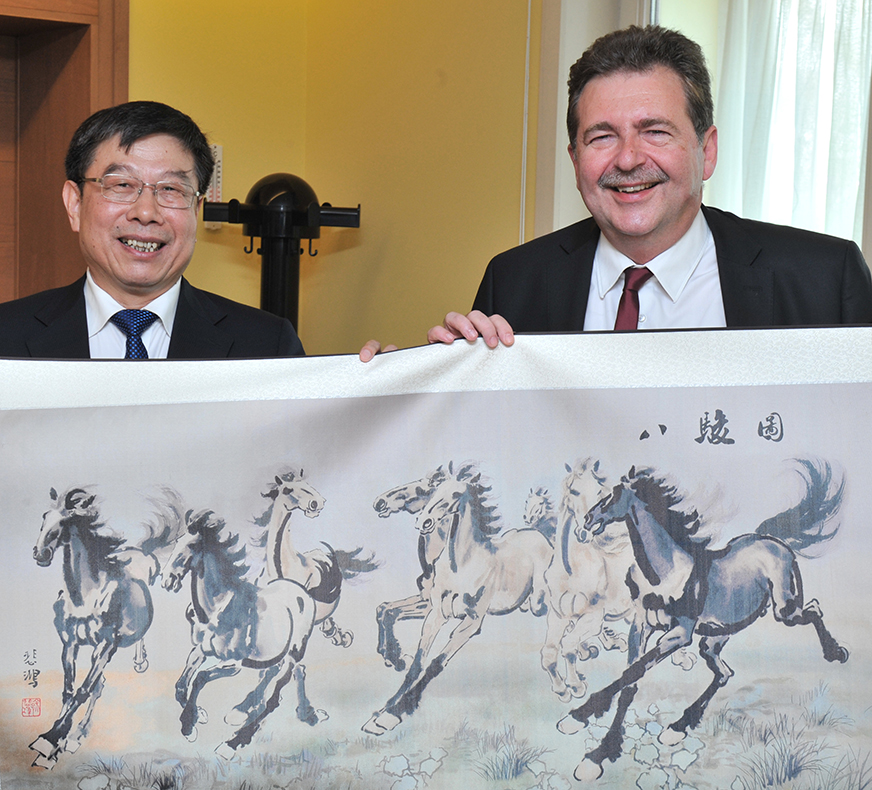 The delegation was then received by Rudi Vervoort, the Minister-President of the Brussels-Capital Region in the presence of the Ambassador to Belgium of the People’s Republic of China, Liao Liqiang. Finally Christian Lamouline, the Secretary-General of the Regional Public Service of Brussels, hosted a lunch for our Chinese guests. The success of these meetings bodes well for the future in terms of the cooperation between Brussels and Beijing.
Share on Facebook Share on Linkedin Share on Twitter