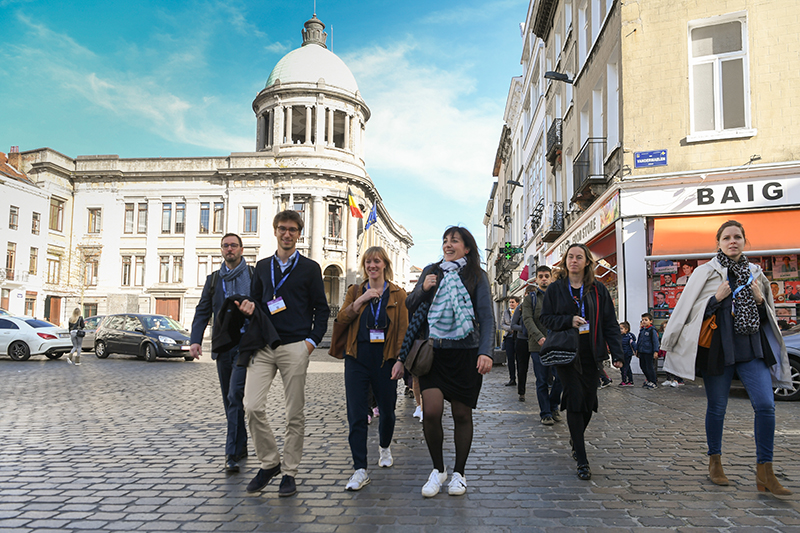 Some 6,000 journalists, experts and officials of regional administrations from all over Europe travelled to Brussels to participate in over one hundred debates, workshops and conferences, on the theme of “The Future of Cohesion Policy after 2020”. 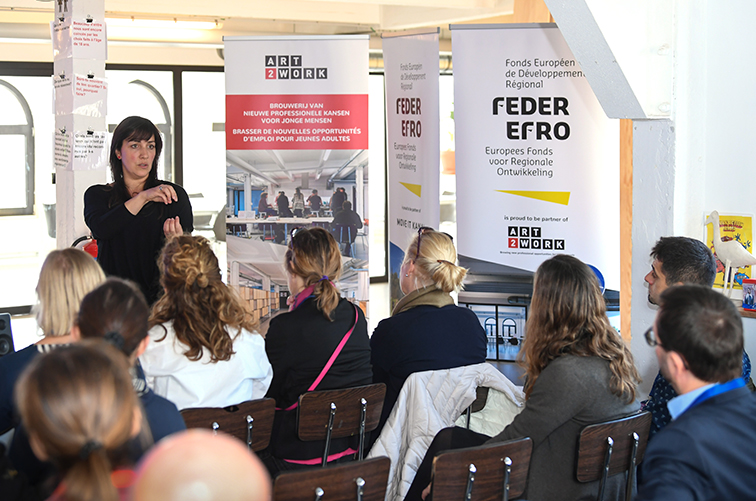 Presentation of the Lasso network which strives to increase the participation of young people in the arts and culture. 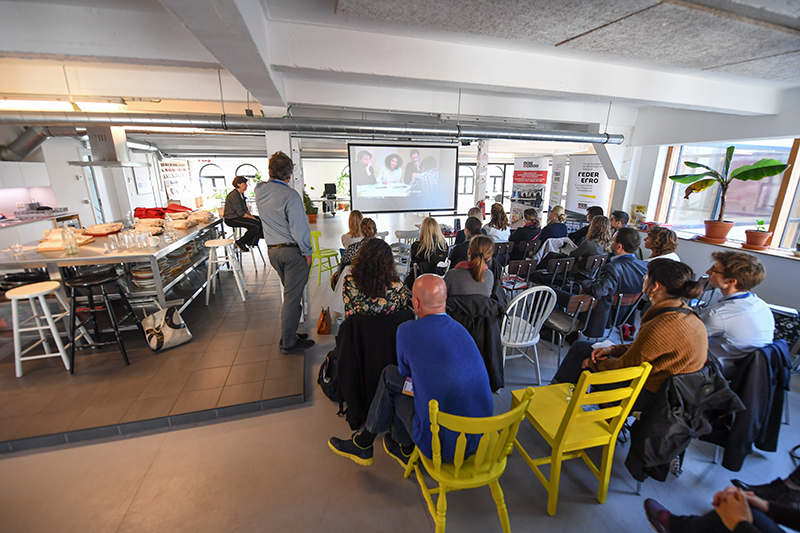 Screening of the “Par-delà les limites” documentary, which follows young people during their Art2Work training. 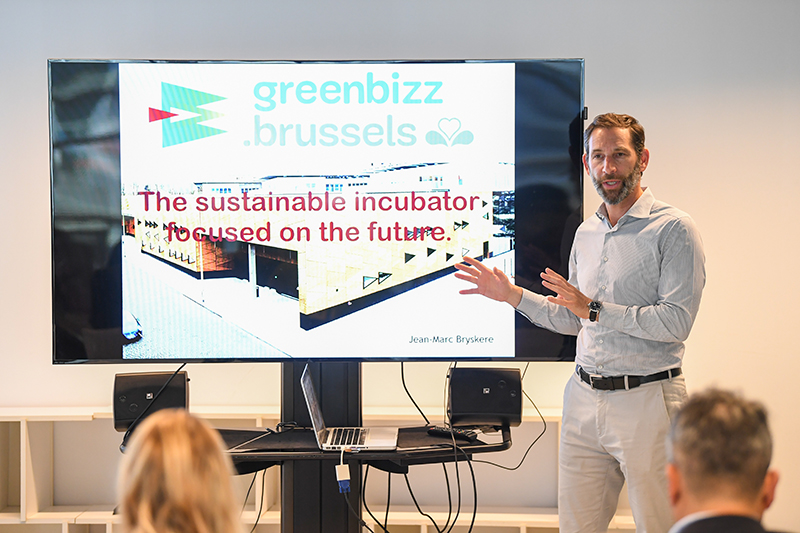 Presentation of Greenbizz, the sustainable incubator. 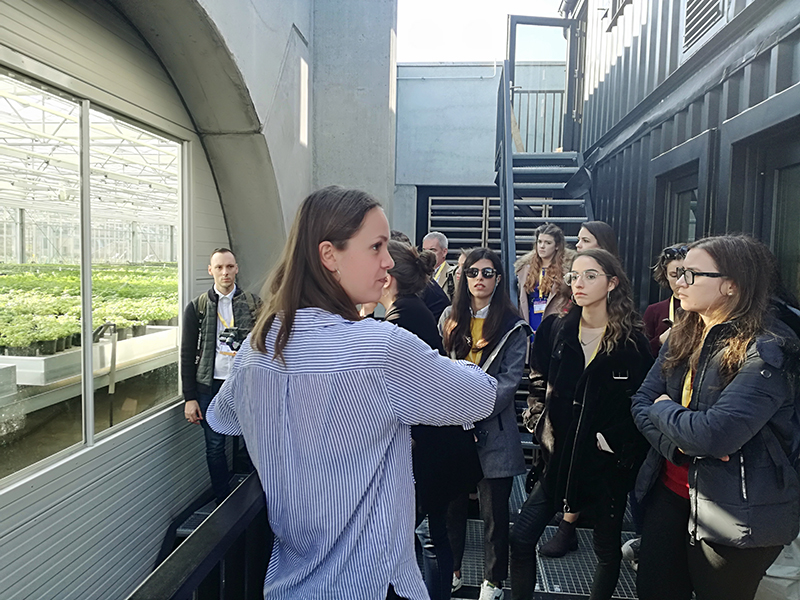 The journalists learn how aromatic herbs are grown on the roof of Foodmet.

Visit of the Champignon de Bruxelles cellars, with a presentation of the various steps in the growing process. 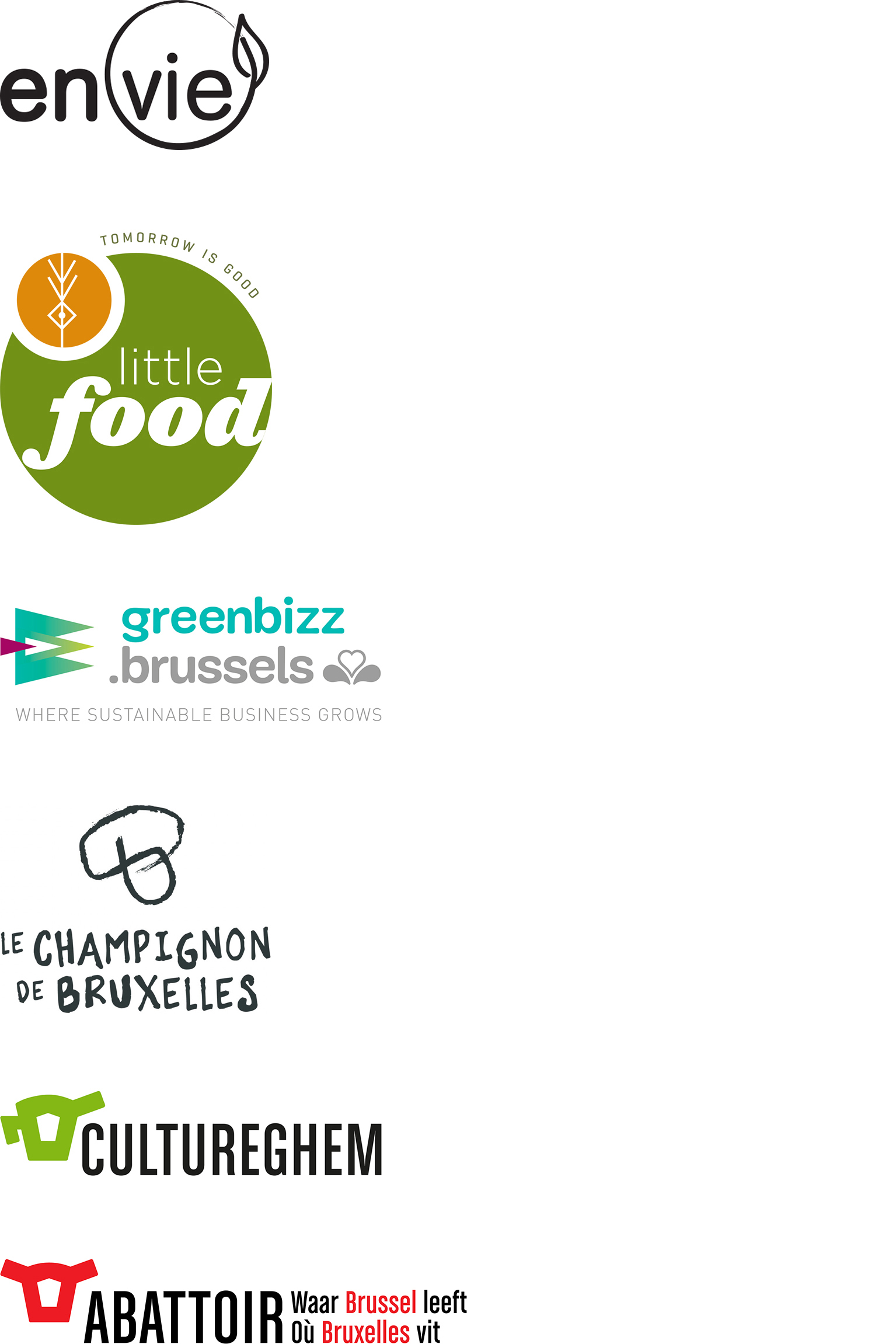 The European Week of Regions and Cities provided Brussels International and the ERDF (the European Regional Development Fund) with the opportunity to organise various visits to projects in the Brussels Region on 9 and 10 October.

On the first day, participants learnt more about two associations, Lasso and Art2Work. While they both target young people, Lasso aims to get them to participate in the arts and culture, regardless of their social-economic background. Art2Work, meanwhile, provides support to young people in Molenbeek, both in terms of their personal development and their professional integration.

The day ended with a visit to Greenbizz and Little Food. Greenbizz is an incubator for start-ups. These companies, which operate in the green and sustainable economy, receive support and guidance as well as having access to flexible infrastructure. Visitors found out more, for example, about the activities of the ROTOR cooperative, which dismantles and sells reclaimed materials from demolished or renovated buildings.

Wednesday 10 October – Visit of the slaughterhouses in Anderlecht

On the second day, professional journalists from all over Europe visited the slaughterhouses in Anderlecht and four of the projects that are established there. Young or future journalists were also able to join the group, thanks to the Youth4regions Media programme. This programme was set up to allow them to follow in the footsteps of a professional journalist, reporting on regional European policy for four days.

The aim of this visit was to show journalists how European grants (in this case from the ERDF) can provide financial leverage. For several years, Abattoir NV has been working on developing a long-term vision for the site, executing the 2030 Master Plan. The first phase, which has since been completed, consisted of the installation of FOODMET. The new food hall was built with a financial grant from the ERDF (2007-2013). They also visited the new ERDF Manufakture project (2014-2020) which provides support for sustainable food, the circular economy and ensures the meat processing industry can continue to work onsite in the slaughterhouses. During the visits, the companies demonstrated the site’s amazing potential and the new dynamic that has been created here. The European grants are a superb accelerator and increase the project’s credibility.

The ERDF investment for the 2007-2013 programme amounted to 7.5 million euros (construction of the food hall and adaptation of the roof for Bigh). The Manufakture project will receive funding to the tune of 9.8 million euros from the 2014-2020 programme.

The participants also visited the cellars in the slaughterhouses, which are the headquarters of the Champignon de Bruxelles cooperative. Here, they grow various types of mushrooms using the waste from beer production. As such, this project eliminates food waste, in line with the circular economy model.

The Abattoir Farm, on the roof of Foodmet, was up next. Here, they grow tomatoes and aromatic herbs, as well as raise fish in aquaponics (a combination of aquaculture and hydroponics). At the same time, the urban farm also makes efficient use of the building’s resources, recovering rainwater from the roofs and using the heat produced by the fridges, as well as solar energy and the market’s infrastructure when it is closed.

The enVie project, which is also established on site, tries to eliminate food waste. To this end, this social enterprise works with Belgian vegetable growers to produce soup from vegetables that don’t have the required dimensions or the right shape to be sold in supermarkets.

Finally, the journalists also discovered Cultureghem. This association wants to turn the slaughterhouses into a community centre, where locals can share a meal, discuss their favourite pastimes or where their children can play. The idea is to make sure the slaughterhouses are also used on days when there is no market.

The European Week of Regions and Cities offered plenty of interesting discoveries and was a complete success.