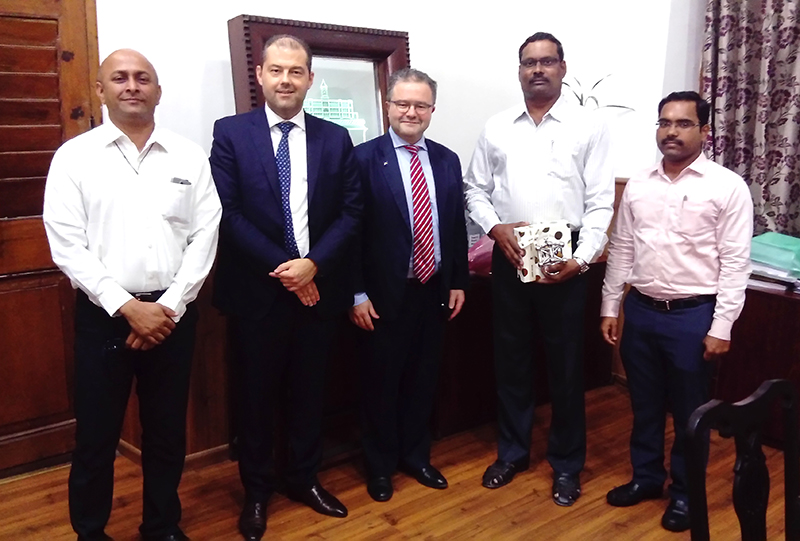 Official meeting between the Brussels Regional Public Service (BRPS) and officials of the Greater Chennai Corporation (GCC). Exchange of gifts between Mr Lamouline, the Secretary General of the BRPS and Mr Karthikeyan, the GCC’s Commissionner/Special Officer, in the presence of Mr Van de Vreken, the Belgian Consul General in Chennai.

The Brussels-Capital Region’s development cooperation policy is going from strength to strength, with India added as a new priority. Brussels International led a preparatory mission to Chennai, in the run-up to the signing of a partnership agreement with the capital of the Indian state of Tamil Nadu. 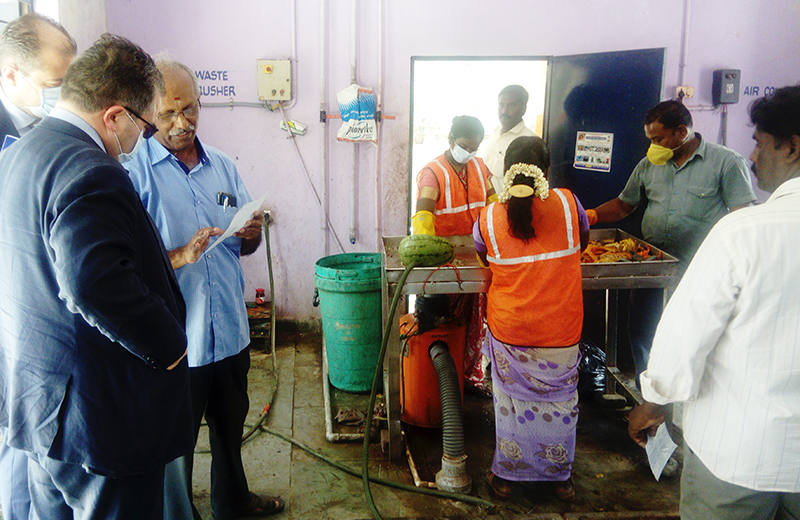 The Brussels delegation visits a new biomass plant at Chennai, with Mr. Lamouline, the Secretary General of the BRPS and Mr. Van de Vreken, the Belgian Consul General in Chennai. 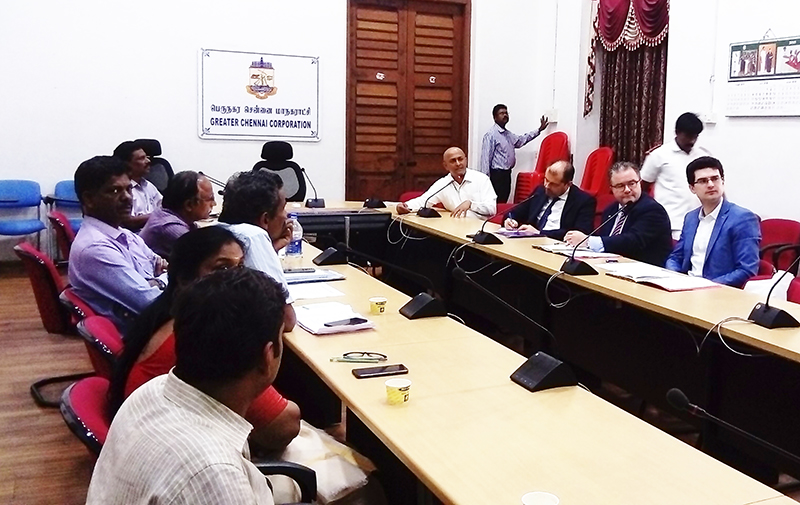 Presentation of the new Smart City strategy of the Greater Chennai Corporation. 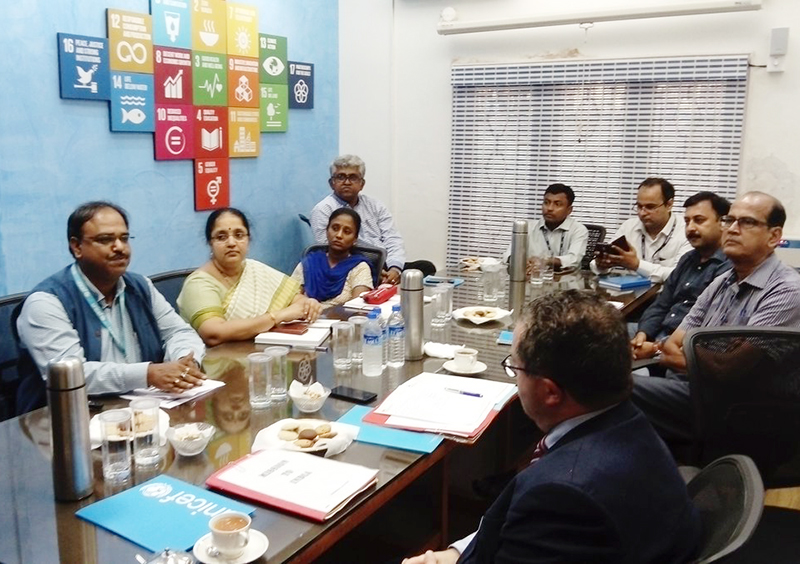 Meeting between Mr. Lamouline, the Secretary General of the BRPS and the team of UNICEF Chennai in their offices. Discussion with Mr. Sugatar Roy, Communications Officer. 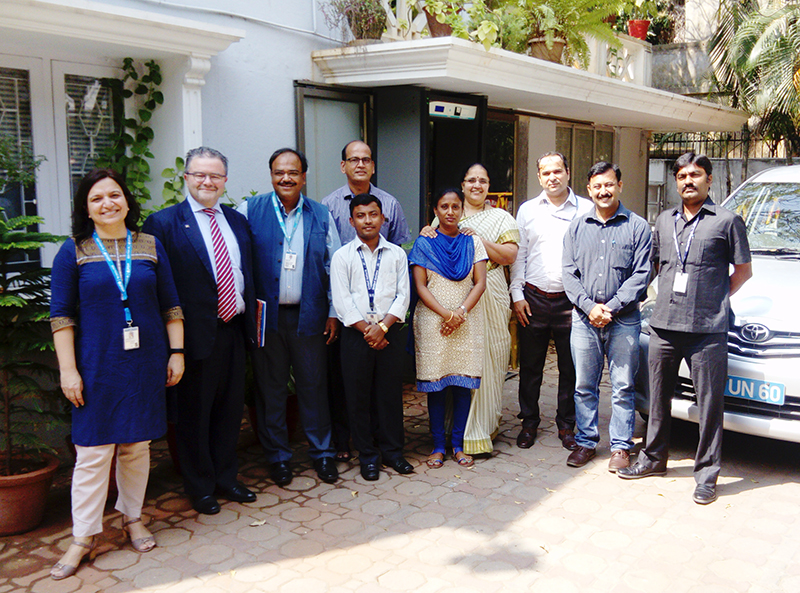 Group photo with the team of UNICEF Chennai.

The Chennai mission had a dual purpose. On the one hand, the participants wanted to meet with the authorities of this metropolis in south-east India (Greater Chennai Corporation) to fleshout the text of the future agreement and define the needs and contributions of each of the signatories. On the other hand, the team wanted to meet with local NGOs to better understand the complexities of a developing country that is firmly on the way to becoming one of the world’s dominantpowers.

The meetings with the Greater Chennai Corporation were organised in line with the new Brussels development cooperationframework. Instead of adhering to the traditional approach of a Northern donor, with all the solutions, and a passive southern recipient, the new policy focuses on a balanced relationship with shared responsibilities, in which each of the parties can learn from the other’s successes and failures.

Several meetings were held with local civil society stakeholders. Christian Lamouline, the Secretary General of the Brussels Regional Public Service, decided to personally visit the projects of NGOs and UN institutions in the Chennai region. Meetings were thus set up with the National Domestic Workers Movement, Fondation Damien, Fracarita, Little Flowers and UNICEF. Brussels International met the beneficiaries of these projects in the slums around Chennai, in a care home for lepers and in social economy enterprises that employ blind or deaf workers.