As part of the partnership agreement with Havana, Brussels International sent a large delegation to the city to participate in the activities of the 12th Semana Belga in Cuba, from 4 until 15 November 2017. 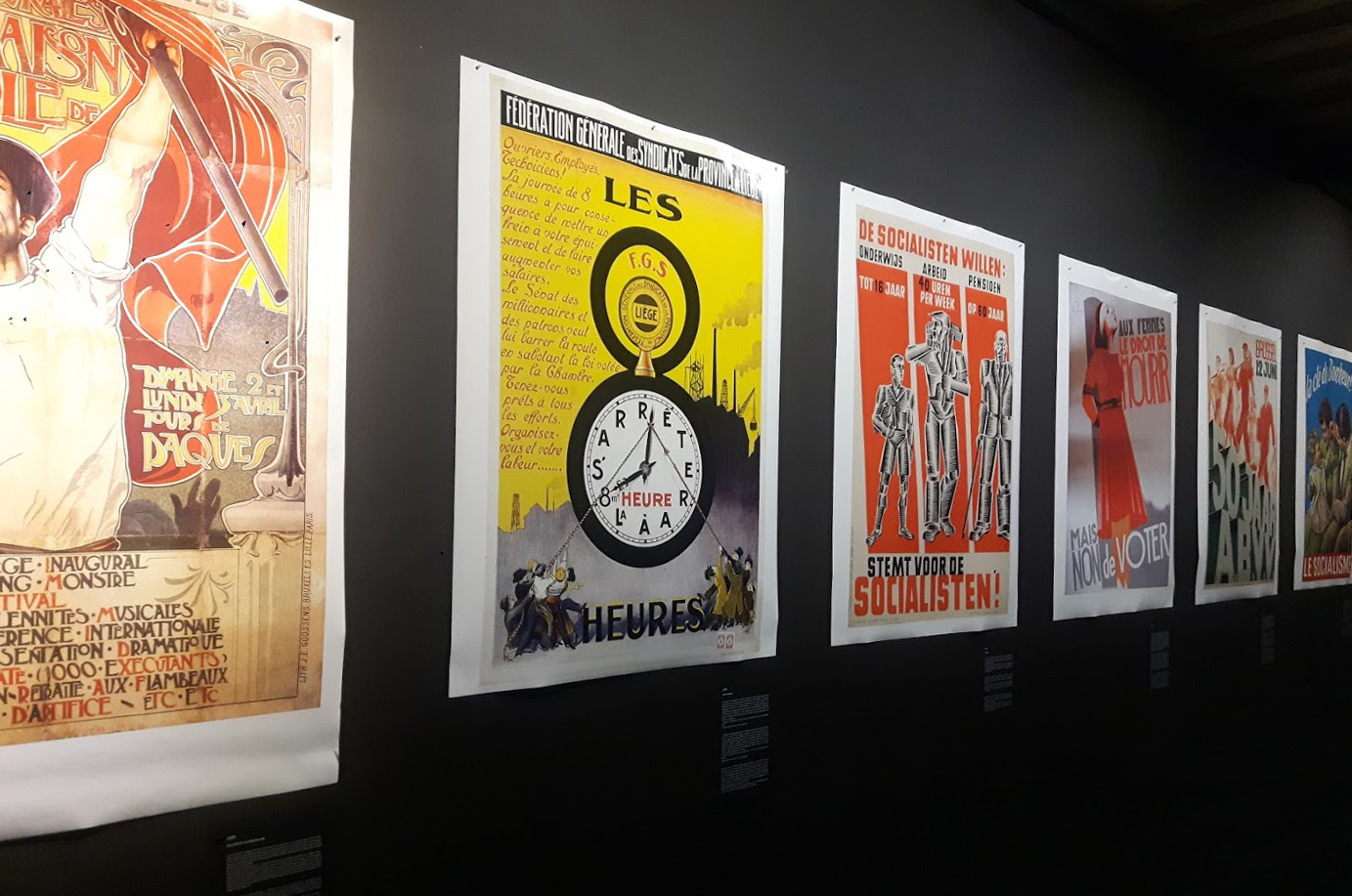 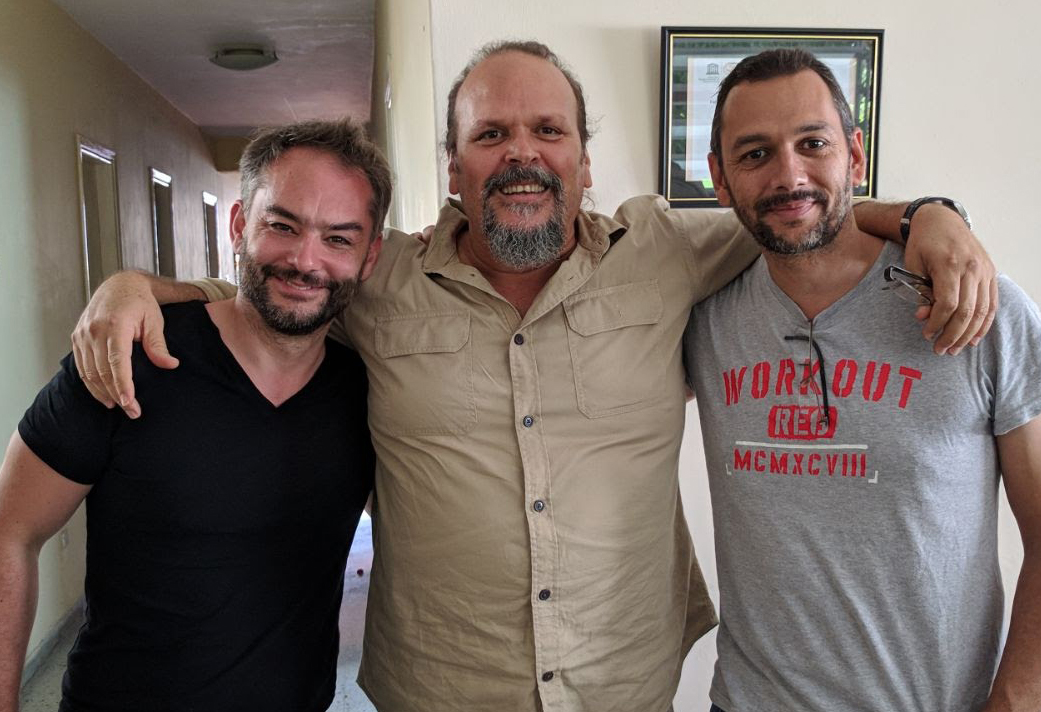 Camillo Guevara, Che’s son, with the representatives of Meta-Morphosis. 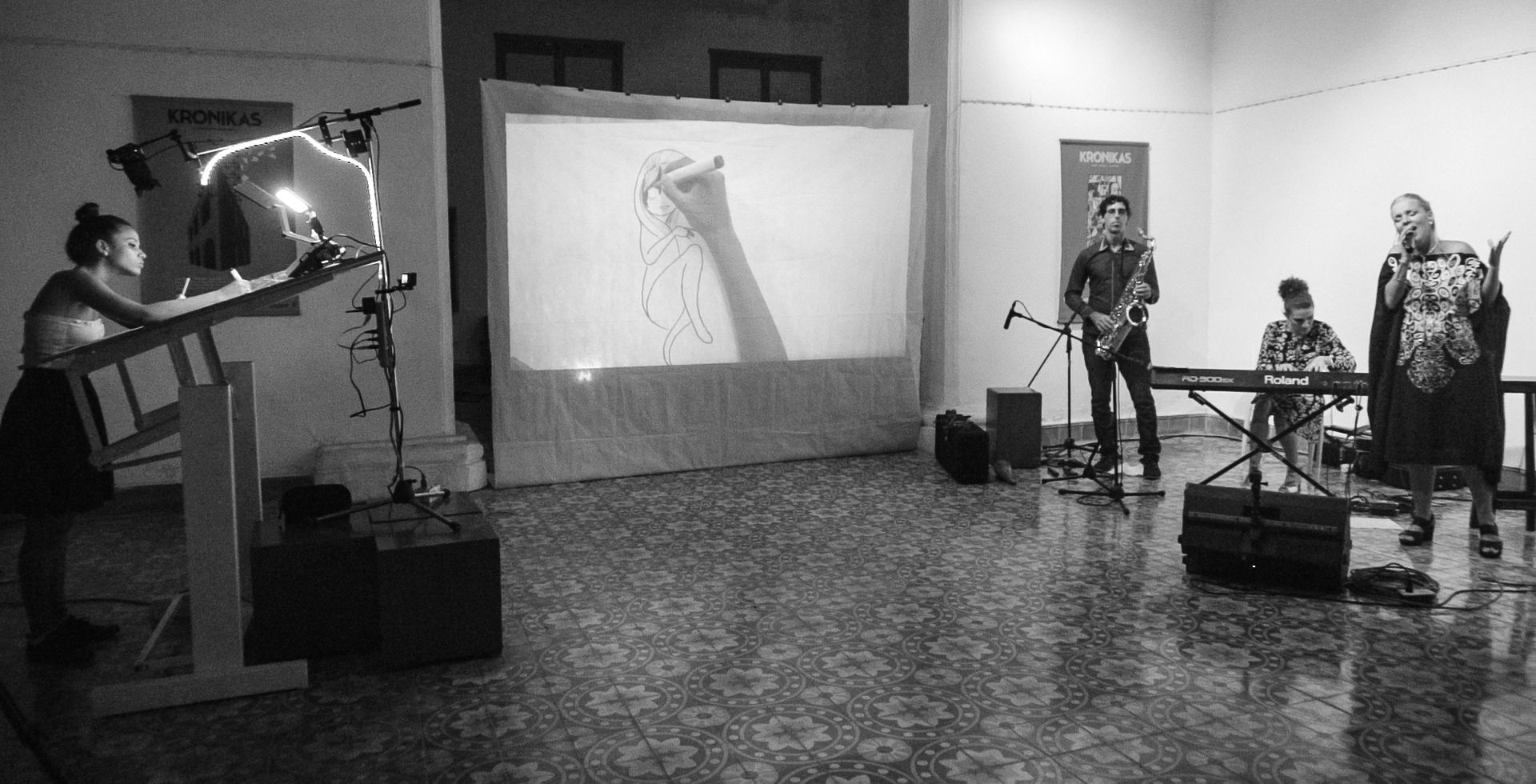 Many of the activities on the programme of the Semana Belga were organised by the Brussels-based non-profit organisation Meta-Morphosis, which uses art for heritage valuation. On 9 November, the team inaugurated an exhibition titled “Bread & Roses” at the Fabrica de Arte Cubano (FAC), based on the eponymous book which the organisation published last June. As part of this project, Belgian historic posters which refer to the social and trade union struggle to establish the Belgian Workers Party were exhibited with a selection of posters by Belgian and international artists, who have transposed this theme to the future, to 2036/2037. The organisation is already looking at whether a similar exhibition, of Cuban posters, could be organised in Brussels.

The journalist Nicolas Bogaerts, who accompanied Meta-Morphosis, gave a talk at the Alliance française titled “Les Gueux de la mer au 16e siècle: la liberté par la piraterie des Pays-Bas au Cambrésis et les prémices d’un roman national belge francophone” (“The beggars of the seas in the sixteenth century: freedom through piracy, from the Netherlands to Cambrésis, and the premises of a French-speaking Belgian national novel”). The pirate theme will be developed in a comic strip exhibition in Havana in 2018.

Axel Ruhomaully, co-founder of Meta-Morphosis and a photographer, took photos during this visit to Havana in the Pharmacy Museum, the Firefighters’ Museum, the Che Guevara study centre and the “Jardín de los Afectos” (the Garden of Emotions) by Gallo, a Cuban artist, as well as in a former copper mine. The theme of industrial heritage, which is still very much a part of daily life in Cuba, will be developed in the organisation’s future projects.

During this visit to Cuba, Meta-Morphosis was able to establish contacts with cultural institutions and local artists to launch valuation partnerships for Cuban (industrial and architectural) heritage as well as cementing artistic relations between Cuba and Belgium.

From 4 until 11 November, Maison Autrique, meanwhile, presented the results of its “Kronikas, the imaginary inventory” project, with funding from Brussels International. The publication combines the work of several cartoonists and comic strip authors, from Algiers, Brussels and Havana, which all centre around heritage. Etienne Schréder, Hilde Baele and Jeroen Janssen, who took the initiative to develop the Kronikas project, organised several comic strip workshops in various iconic heritage sites across the city including in la Vitrina de Valonia, the University and the Colon Cemetery. 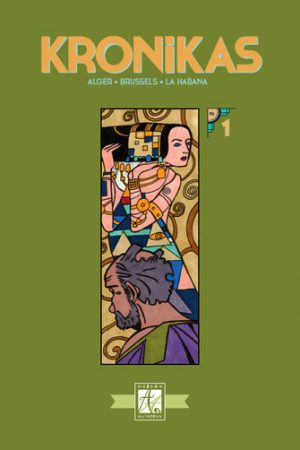 The presentation of Kronikas #1 coincided with a “drawn concert” (the first ever!) at la Vitrina de Valonia with Cuban musicians and designers, which was attended by the Belgian Ambassador Patrick Van Gheel and a very large audience. In the margin of this project, Hilde Baele and Jeroen Janssen spent several hours sharing their new creation about Che Guevara in the first years of Congo’s independence. This high-profile initiative was followed by the Embassies of Belgium and the DRC as well as Cubans who still remember this era.

The film producer Marilyn Watelet organised and hosted a retrospective of the works of the Dardenne brothers, which attracted just under 1,000 spectators.

Finally, the Vrije Universiteit Brussel organised several activities in Santiago de Cuba, as part of its partnership with the Universidad del Oriente, which were attended by the Belgian Ambassador.