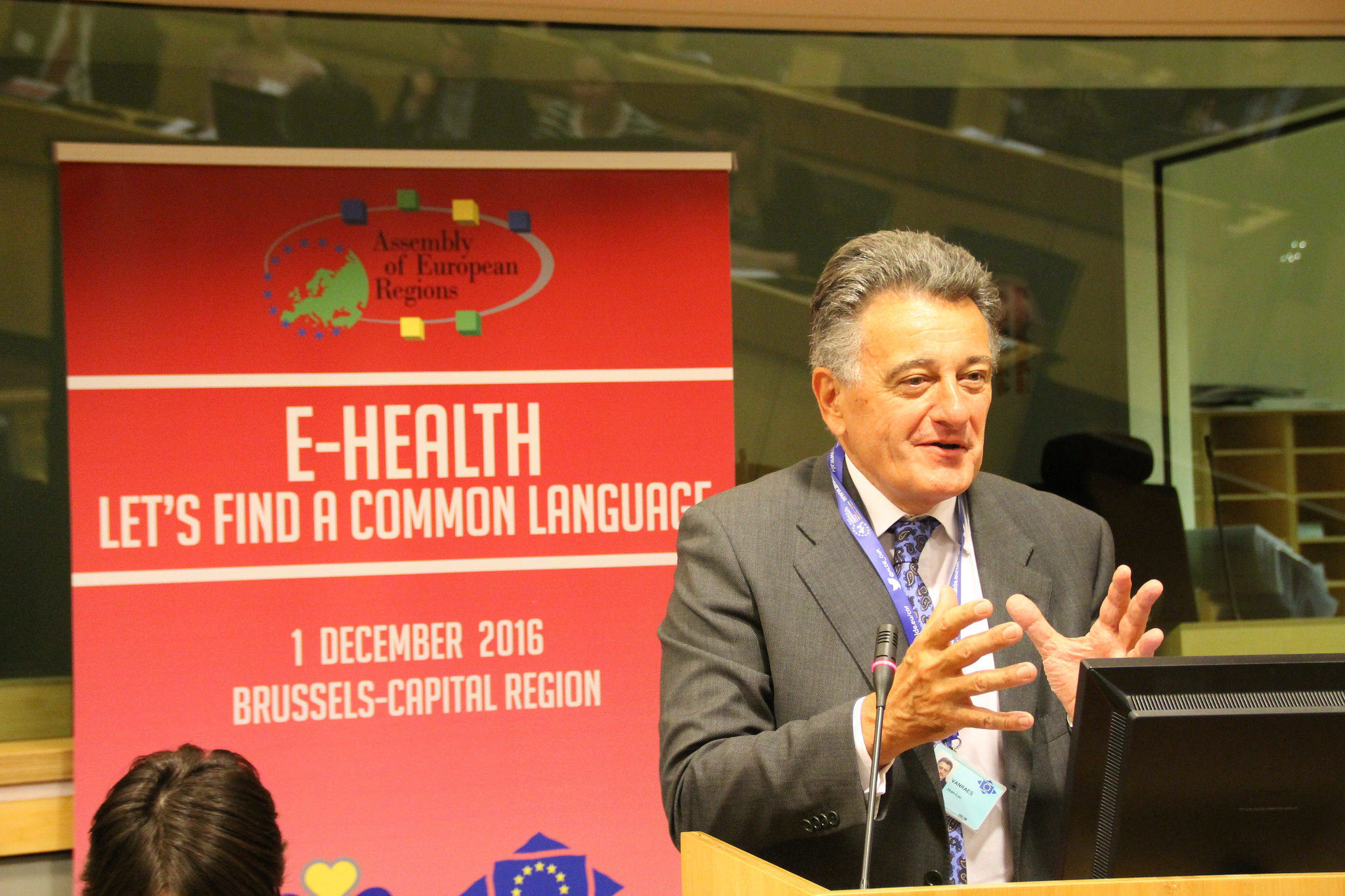 Jean-Luc Vanraes, member of the Board of the Assembly of European Regions.

On 30 November 2016, the Brussels-Capital Region received the 2016 Regional Innovation Award from the Assembly of European Regions (AER) for its regional programme for a circular economy.

AER’s Regional Innovation Award rewards those European regions that distinguish themselves by developing initiatives to stimulate innovation in their region. Prior to the ceremony, the Vice-President of the European Commission, Jyrki Katainen, in charge of Jobs, Growth, Investments and Competitiveness, gave a speech on the topic of the European Fund for Strategic Investments.

The award ceremony was part of a series of AER events on the theme of “Investing in the Future: New Perspectives for the Regions”. In the margin of these events, the Brussels-Capital Region on 1 December 2016 also participated in a study day titled “E-health: let’s find a common language!”. Several stakeholders in healthcare, IT and innovation met in the building of the European Committee of the Regions to discuss new e-health challenges. The day ended with a study visit to Microsoft’s headquarters in Brussels.

The Assembly of the European Regions has already announced that the theme of the 2017 Regional Innovation Award will be the Silver Economy, or goods and services for the elderly. Candidate regions have until September 2017 to submit their projects.