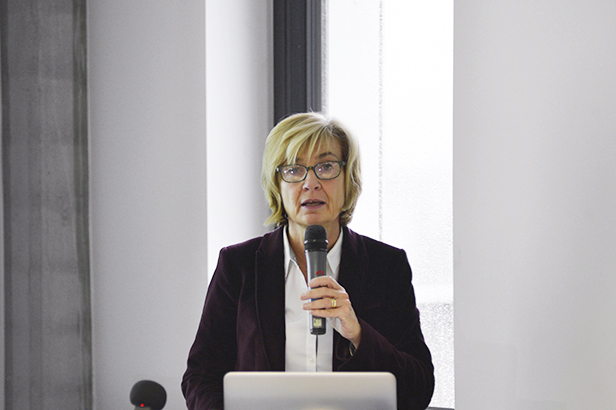 Every year, Brussels hosts the European Week of Regions and Cities, called Open Days. The theme of this year’s week-long event (from 10 until 13 October) was “Regions and Cities for Sustainable and Inclusive Growth”. In the margin of this event, the international press visited several ERDF projects, around the Canal Area. 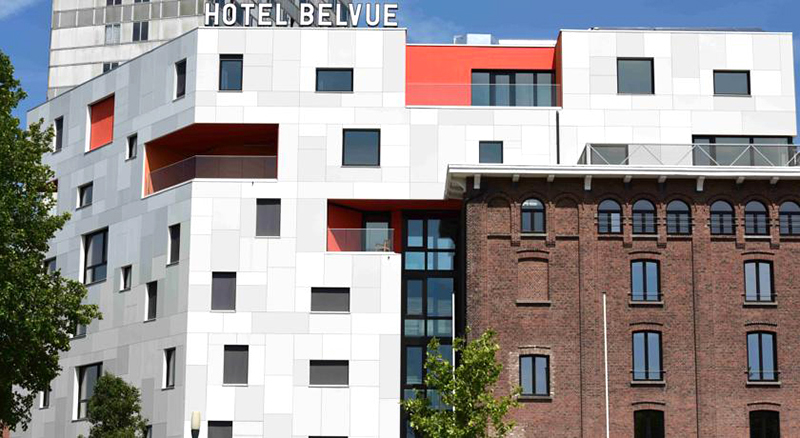 The Belvue Hotel is the first certified passive hotel in Brussels and in Belgium! 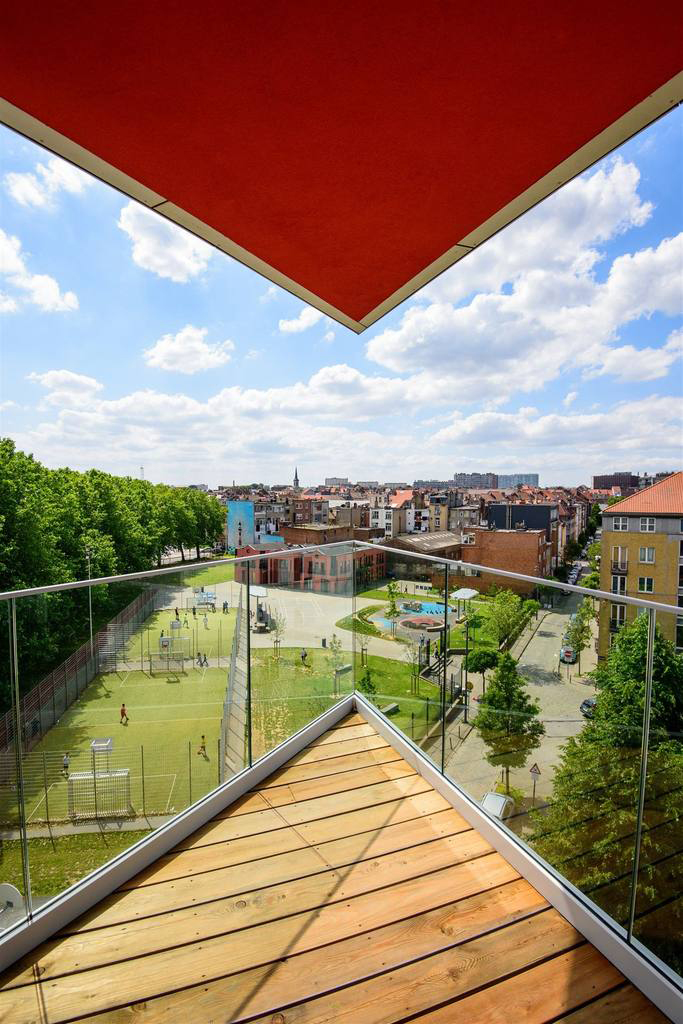 Belvue : more than just a hotel. As youngsters find it increasingly difficult to find a job, the Belvue Hotel trains 115 local youngsters every year. The aim is to teach them practical trade knowledge and help them find a job. 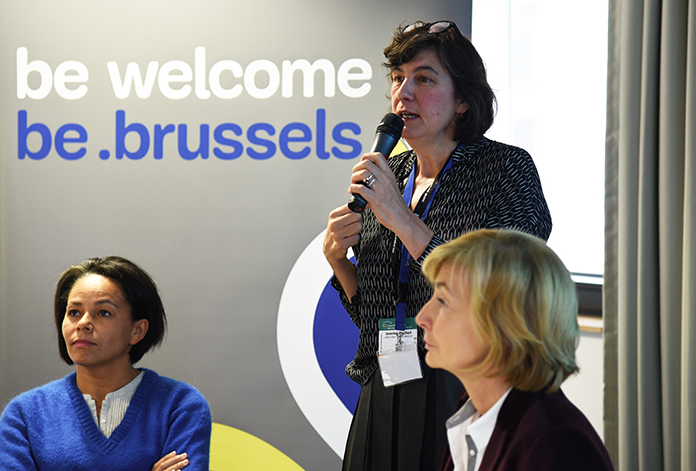 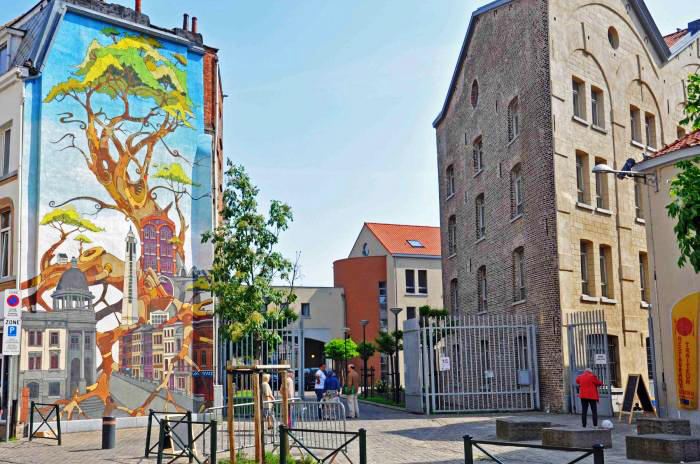 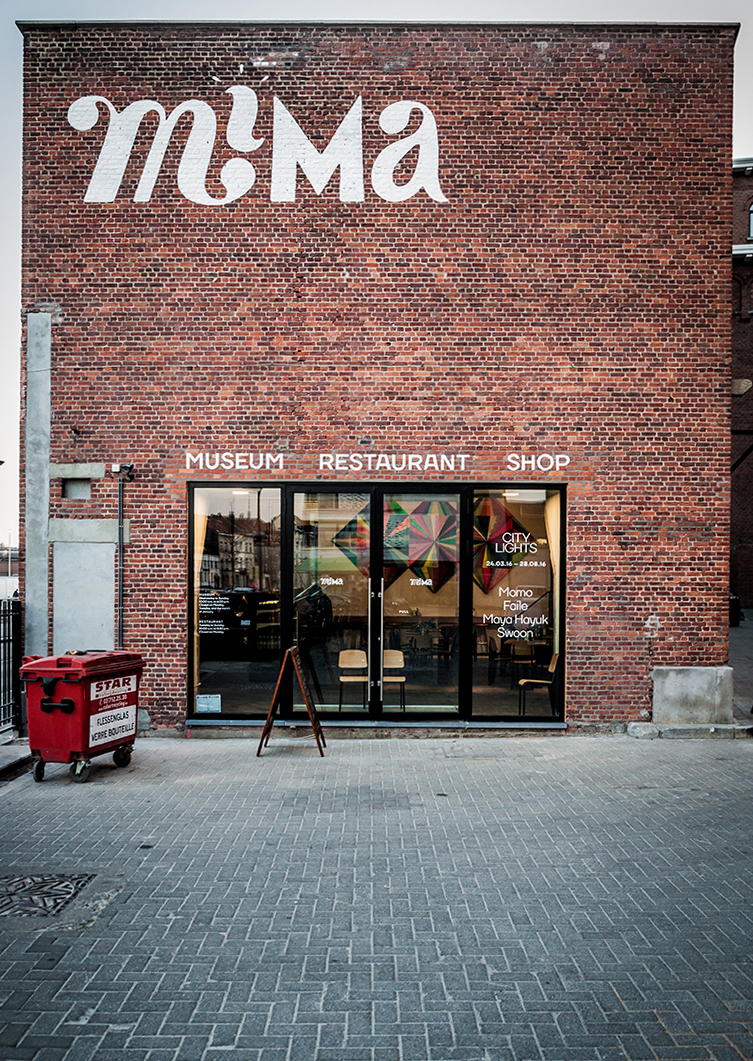 On 12 October, a delegation of about sixty journalists headed to Molenbeek to discover a series of projects in the municipality. They kicked off their visit by a meeting with Mayor Françoise Schepmans of Molenbeek and the representative of the Minister-President of the Brussels-Capital Region, Cécile Olbrechts. Alfredo Corbalan, of Perspective.Brussels, was tasked with presenting the specificities of the Canal Area.

This first meeting took place in Hôtel Belvue. Afterwards, the journalists visited the old maltworks of the BelleVue Breweries, where two projects that are supported by the ERDF structural funds are located, namely Molenbeek Formation and Art2work. The former organises work placements for trainees in the hotel and tourism industry. They immediately put their training into practice in the 29 rooms of the hotel, thanks to a close partnership between the two organisations. The Belvue Hotel was part of the 2007-2013 ERDF programme. The latter project, Art2work, is an association that coaches and mentors youngsters from underprivileged neighbourhoods. They organise job training for them and help them find their way onto the job market. The association, which set up shop in the maltworks essentially is a laboratory for social and economic innovation, with co-working, exchange and meeting spaces.

The press visit continued with three other ERDF projects, that are also located in the Canal zone, i.e., the Molenbeek Business Center, the renovated Ajja building that is home to a social restaurant and a support centre for immigrants that arrive in Molenbeek and finally, the Cultural and Social Cohesion Center, which organises a wide range of (multi-)cultural events and initiatives.

The day ended at the MIMA (Millennium Iconoclast Museum of Art). The journalists were given ample time to interview the representatives of the above projects, which are organised with and for the people of Molenbeek.

Moreover, on 11 and 12 October, participants who attended the Open Days could also visit ERDF projects, including Greenbizz. This hub, which was shortlisted for the RegioStars Awards, is passionate about the green economy, proposing infrastructure and services to companies that believe in sustainable economy. Port Sud, another project that the participants visited, is based in an iconic building, a brilliant example of Brussels industrial heritage that was recently renovated. It is home to a business centre and a Canal Area discovery and innovation centre, which organises cultural and educational events.  Finally, the Recy K platform, which is based in a renovated building of Bruxelles Propreté, brings together various stakeholders that specialise in social and circular economy.

The last project in the spotlight, the Community Land Trust (CLT), does not receive European funding, but relies on Brussels subsidies. This initiative is based on an innovative land acquisition and management model, which also extends to the housing built on this land.

Last but not least, the Open Days also served as the backdrop for a seminar titled “From Start-ups to Scale-ups: how to support innovative business growth and the economy of tomorrow?”. The seminar was organised on 11 October by members of the Capital Cities and Regions Network (CCRN). This one-day event was a good opportunity to study the strategies and resources that city or urban authorities must develop to support the growth and competitiveness of SME’s.

In conclusion, the 14th European Week of Regions and Cities proved to be a success in every respect.