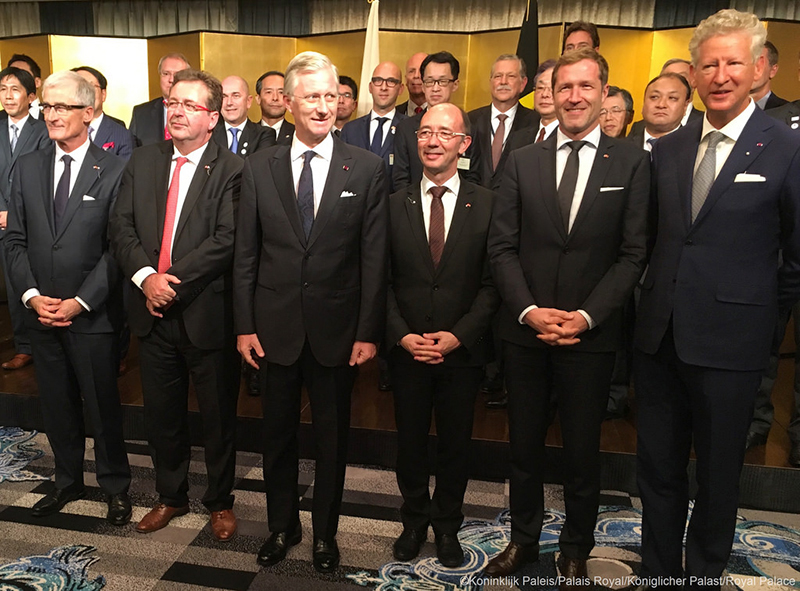 In 2016, Belgium and Japan celebrate the 150th anniversary of diplomatic relations between our two countries. The King and Queen paid a state visit to Japan, from 11 to 14 October, to mark the occasion. They were accompanied, among others, by Minister-President Rudi Vervoort. Brussels International, Brussels Invest & Export and VisitBrussels played an active part in the busy programme of this official state visit. 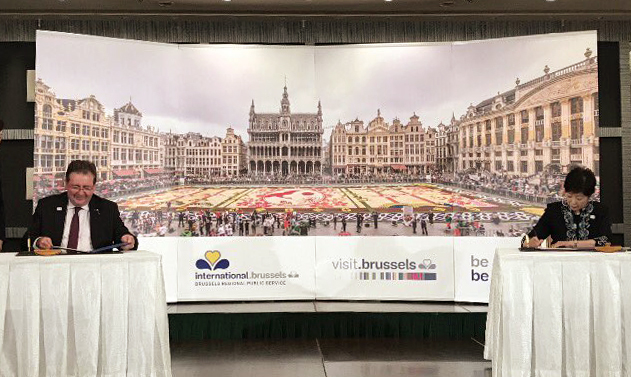 Signing of the joint statement about the further strengthening of strategic relations between Brussels and Tokyo by the Governor of Tokyo, Yuriko Koike and Minister-President Rudi Vervoort. 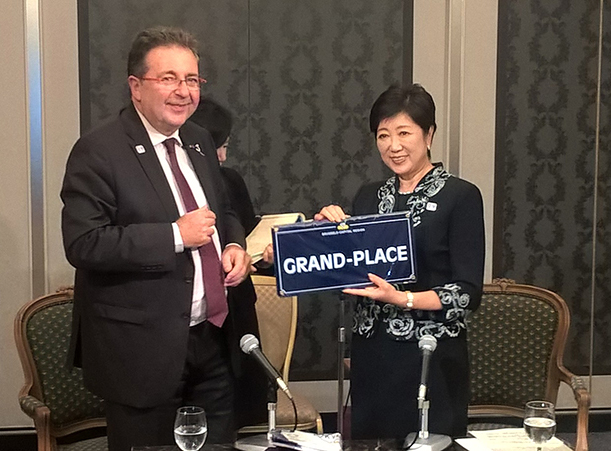 The Minister-President presents an original street sign of the Brussels Grand-Place to the new Governor of Tokyo, Yuriko Koike.

H.M. Queen Mathilde and the Minister-Presidents of the Brussels-Capital Region and the Wallonia-Brussels Federation attend the celebration of the relations between Japan and Belgium in the fashion industry. 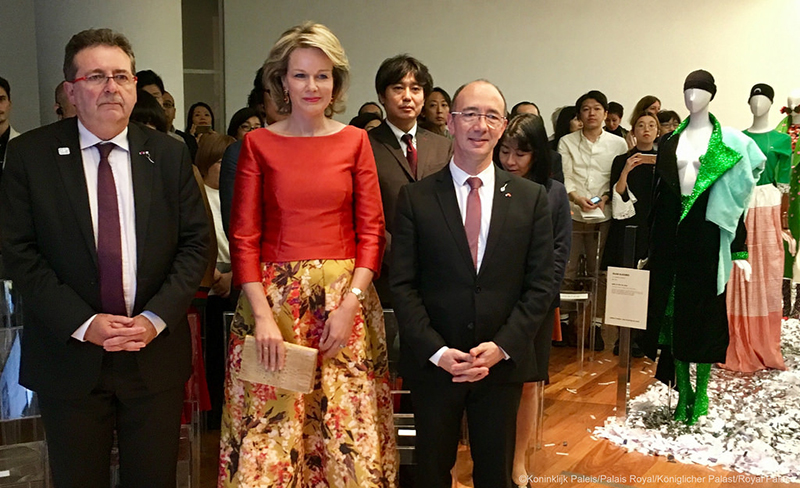 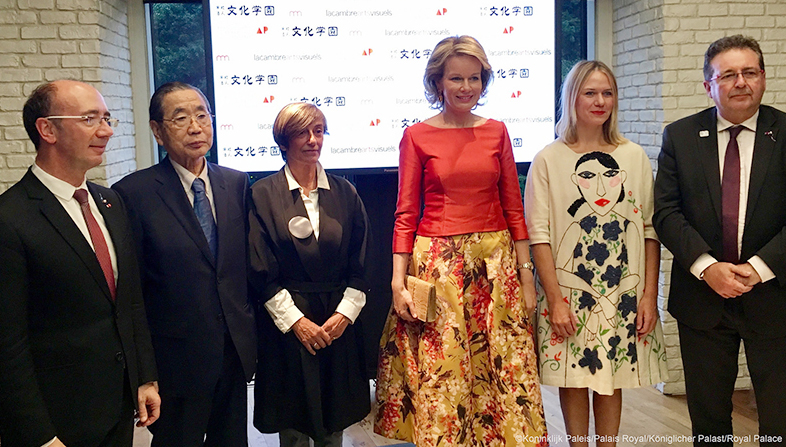 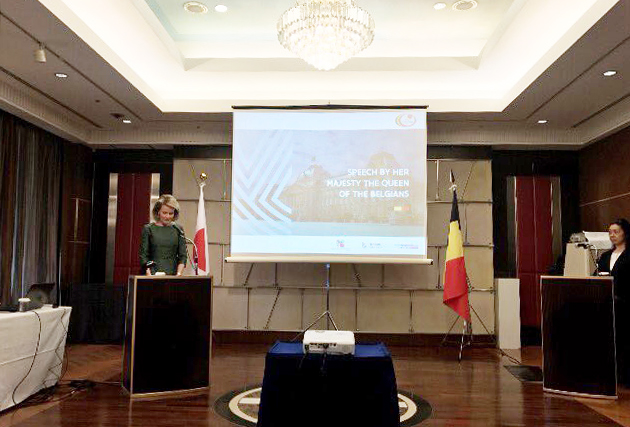 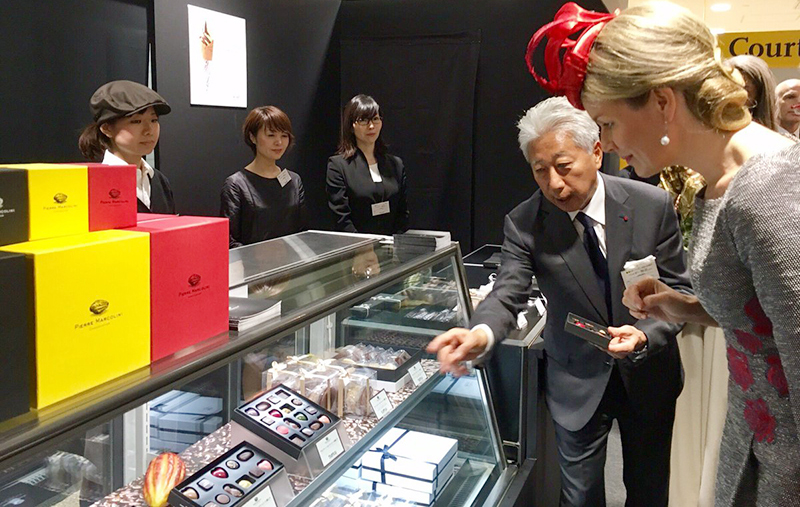 H.M. Queen Mathilde was able to see first-hand in the Matsuzakaya department store in Nagoya that Belgian products (including chocolates) were in the spotlight (Photo ©: Royal Palace). 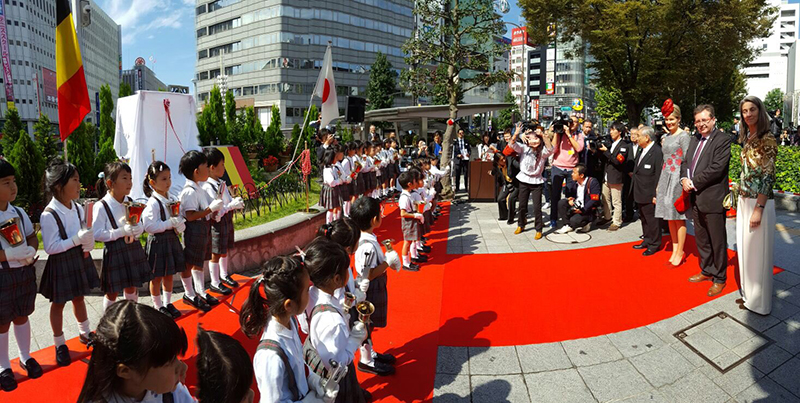 The Minister-President, accompanied by H.M. Queen Mathilde, gets ready to present a second costume to the Manneken Pis of Nagoya. 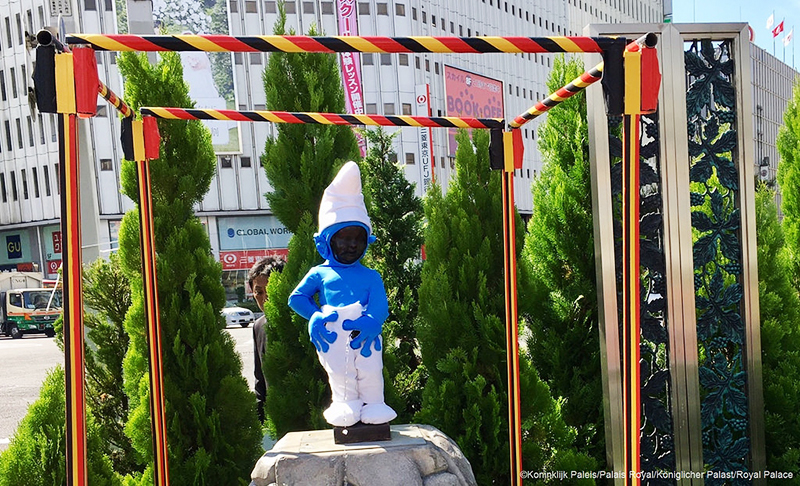 This tiny blue character is one of the best-known representatives of Brussels comic book design in the world! (Photo ©: Royal Palace) 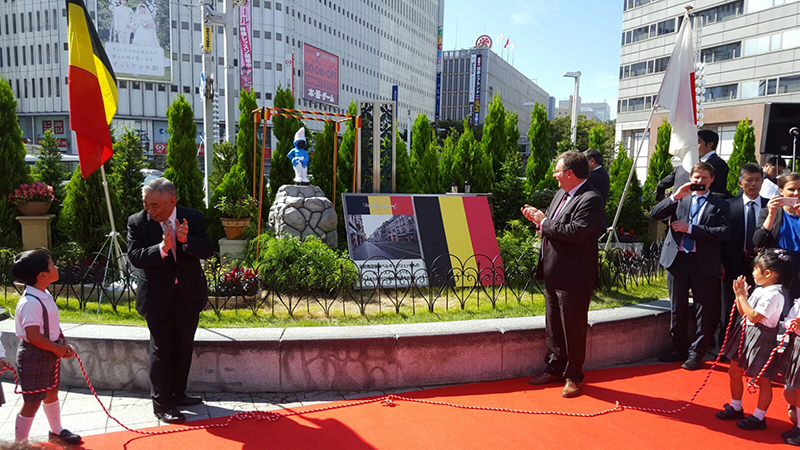 After receiving a costume of a Brussels fireman in May, the Manneken Pis of Nagoya received a Smurf costume during this visit.

Besides Minister-President Rudi Vervoort and his counterparts of the Flemish and Walloon Regions and the Wallonia-Brussels Federation, the delegation also included several CEO’s of Brussels companies and university rectors.

On Tuesday 11 October, Rudi Vervoort met with the new governor of Tokyo, Mrs Yuriko Koike. At the end of their meeting, the two officials signed a joint statement in front of a large group of Japanese journalists and photographers. They confirmed their desire to work together to solve problems that are common to the big cities of the world for the greater benefit of their populations. The two cities will also collaborate for the 2020 Olympics and Paralympics in Tokyo.

A major event celebrating the relations between Japan and Belgium in the fashion industry was also held, and was attended by Her Majesty Queen Mathilde and Minister-Presidents Vervoort and Demotte (Wallonia-Brussels Federation). The event was organised on the initiative of Brussels International, which also co-funded it. MAD (Mode and Design Brussels), working seamlessly with its Walloon and Flemish counterparts, took the lead as far as organisation was concerned. This glamorous event culminated in the signature of a memorandum of understanding (MOU) between the prestigious Bunka Fashion College of Tokyo and La Cambre Mode[s], the main fashion school in Brussels, whose reputation transcends our borders, and which is also celebrating its 30th anniversary.

The next morning, after giving an introductory speech at a tourism seminar titled “Welcome to Belgium!”, our Minister-President met with Japanese investors who operate in Brussels and Brussels-based companies with a presence in Tokyo. After visiting Fujitsu and Uniqlo, Rudi Vervoort headed to chocolate maker Marcolini and the printer and stationery shop Typographe. Both are located in the famous Ginza district.

The Minister-President also attended a signing ceremony where several Brussels companies and universities formalised their partnerships with Japanese counterparts.

On Thursday 13 October, the Belgian delegation headed for Nagoya, about 350 km south-west of Tokyo. One of the districts of this big city, Sakaemachi, is twinned with the Louise district in Brussels. Since last year, you can now also see a replica there of Manneken Pis, Brussels’ most famous citizen. The Minister-President visited the Matsuzakaya department store, which had reserved a 700-square metre space for Belgian products and Brussels brands in particular. Afterwards, the Minister-President presented a second costume to the local Manneken Pis, in the presence of H.M. the Queen. In addition to a Brussels fireman costume, which it received in May, the statue now also has a Smurf costume. The small blue creature is actually one of the most iconic Brussels comic book characters in the world!

The state visit ended on Friday 14 October in Osaka. Minister-President Vervoort visited Daikin on this occasion, as well as attending an eco-building seminar. This is another Brussels speciality, given that our Region currently has over a million square metres of passive buildings.