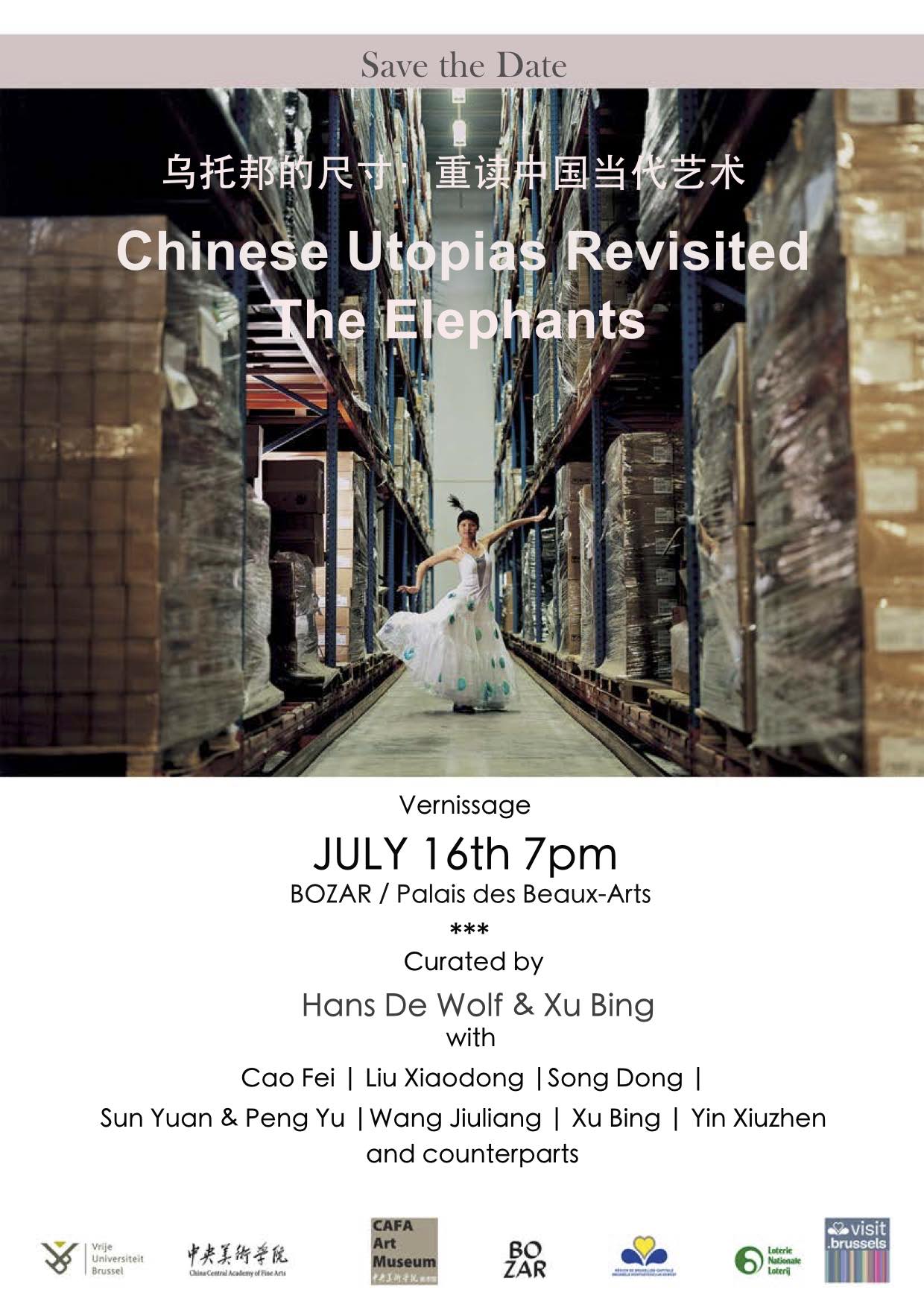 The summer looks like it is shaping up to be quite artistic in Brussels. On 16 July, a major exhibition of Chinese contemporary art will open in the Centre for Fine Arts (BOZAR) called “Chinese Utopias Revisited: The Elephants”.   Most people associate Chinese art with pandas, cranes, porcelain vases and characters drawn with Chinese ink. This exhibition, however, invites visitors to discover a different, resolutely contemporary side of Chinese art, which has only rarely been presented in Belgium. The works by nine artists illustrate the specificity of Chinese art. At the same time, visitors can also enjoy the photos of the Flemish photographer Dirk Braeckman and photos of the Philips Pavilion, a futurist project by the French architect Le Corbusier, which was built for the 1958 World Expo in Brussels. This interaction between two worlds puts an end to clichés and shows how artists from the Far East and the West use the same forms and artistic styles. Chinese Utopias Revisited: The Elephants is an initiative of Brussels International, visit.brussels, the VUB, the Central Academy of Fine Arts (CAFA – Beijing) and BOZAR. It is the Belgian counterpart of a stunning exhibition, called “Master Mould & Copy Room”, that ran in Beijing in October 2014, on the occasion of the Brussels Days, which celebrated the 20th anniversary of the relations between the Chinese capital and Brussels. The exhibition, that was held at the famous CAFA Museum, showcased works by several Belgian, European and Chinese artists and was a resounding success.   Further information : Chinese Utopias Revisited: The Elephants
Share on Facebook Share on Linkedin Share on Twitter