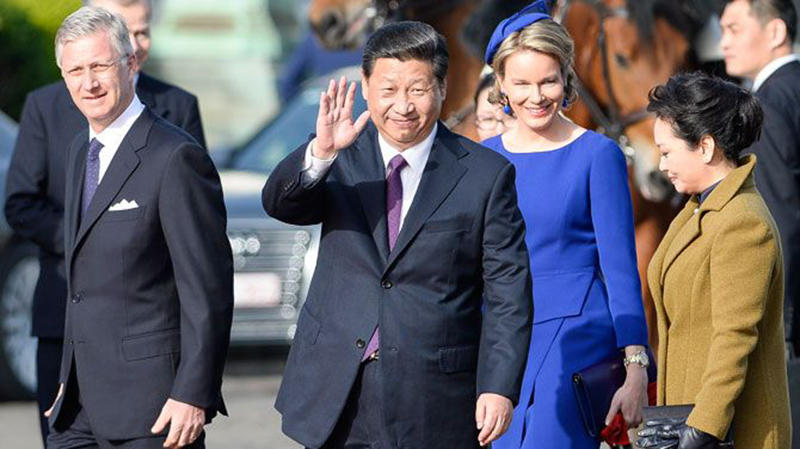 The King, the Queen, President Xi Jinping and his wife, during the Chinese president’s state visit to Belgium in March 2014.

Royal visit to China: the Brussels-Capital Region is joining

22222
In June, the Belgian King and Queen will travel to China for a state visit. What’s new however is that King Philippe and Queen Mathilde will be accompanied by a delegation of companies and by Minister-President Rudi Vervoort, who was invited by the King along with his Flemish and Walloon counterparts.   After Chinese President Xi Jinping’s  state visit to Belgium in March 2014, now it is the Belgian sovereigns’ turn for a state visit to the People’s Republic of China from 20 until 28 June 2015. King Philippe and Queen Mathilde have quite a busy programme ahead as they will visit no fewer than five cities: Wuhan, Beijing, Shanghai, Suzhou and Shenzhen. The royal visit to China comes with two innovations. On the one hand the King will lend his support for the large economic programme that has been added to this state visit, which is considered of prime importance. One hundred and ten CEOs of Belgian companies are expected to join. On the other hand the King has invited the three regions of Belgium to join the Belgian delegation. The Brussels-Capital Region, represented by its Minister-President Rudi Vervoort, will therefore be joining him during this important state visit.
Share on Facebook Share on Linkedin Share on Twitter