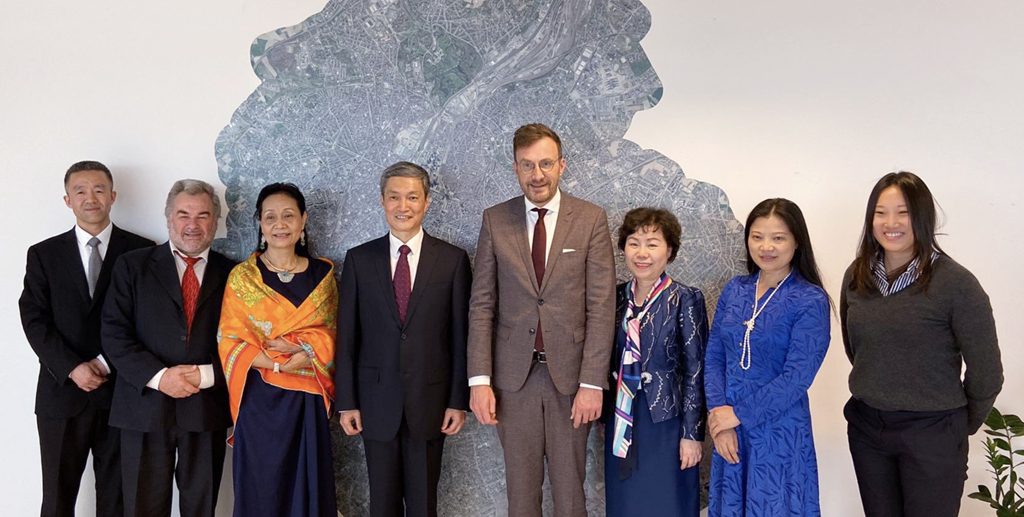 Ye Zhuang, the Vice-President of the Provincial People’s Congress of Sichuan, is received by Pascal Smet, the State Secretary of the Brussels-Capital Region, responsible for European and International Relations.

A delegation of  the Provincial People’s Congress of Sichuan, led by its Vice-President Ye Zhuang, travelled to Belgium from 17 until 20 October. The delegation was received by Pascal Smet, State Secretary of the Brussels-Capital Region, responsible for European and International Relations and Guy Vanhengel, Vice-President of the Parlement bruxellois as part of the cooperation agreement between Sichuan Province and the Brussels-Capital Region. The two regions will be celebrating the 25th anniversary of this agreement in 2020.

From 18 until 20 October, a “Sichuan club” introduced visitors to the Chinese province at Pairi Daiza. During the event, visitors were able to see photos and attend spectacles, as well as discover the craftsmanship of the province and taste some highlights of Sichuan cuisine.

On 18 October, representatives of Chengdu Airport visited Brussels Airport. As of 26 November 2019, Sichuan Airlines will be operating a direct cargo from its home base Chengdu to Brussels. By the end of 2020, the service will be expanded to a regular service, after the opening of a second international airport in Chengdu.

Exchange at the Belgian-Chinese Chamber of Commerce

On 23 October, 14 companies from Chengdu were invited to a meeting with Belgian companies from various sectors (IT, technology, media, agriculture, construction and services) by the Belgian-Chinese Chamber of Commerce. Both parties were getting ready to make good use of the direct cargo flights from Brussels to Chengdu!