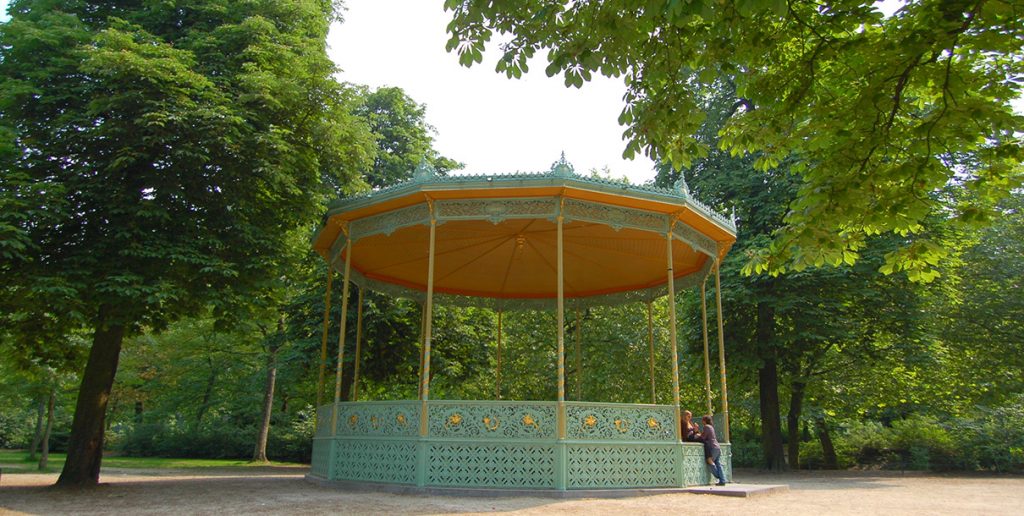 The kiosk in the park of Brussels, a prestigious metal structure by the architect Jean-Pierre Cluysenaar, which was considered extraordinary when it was built in 1841.

On Monday 22 April, Guy Conde-Reis, an architect at urban.brussels, gave a talk on the topic of innovation in Brussels architecture in the 19th and 20th centuries, in the margins of Architecture Month in Washington D.C.

The talk, which was organised at the request of Brussels International and the Belgian Embassy in the United States, was attended by sixty architects and other interested participants at the District Architecture Center of the American Institute of Architects.

Guy Conde-Reis discussed Brussels architecture, highlighting a number of specific examples attesting to the technical innovation in architecture in those eras: the kiosk in the park of Brussels, the Galeries Royales Saint-Hubert, the Solvay House, and so on.

The next day, the architect paved the way for a more extensive collaboration with the District Architecture Center in Washington and urban.brussels, in the framework of the cooperation agreement between the Brussels-Capital Region and Washington D.C.

In October, urban.brussels will organise an Architecture Week, to which it also hopes to invite its American counterparts. The Brussels organisation also offered to produce an exhibition that focuses on the best examples of Brussels buildings complying with the latest standards in terms of energy consumption, passive building and so on.