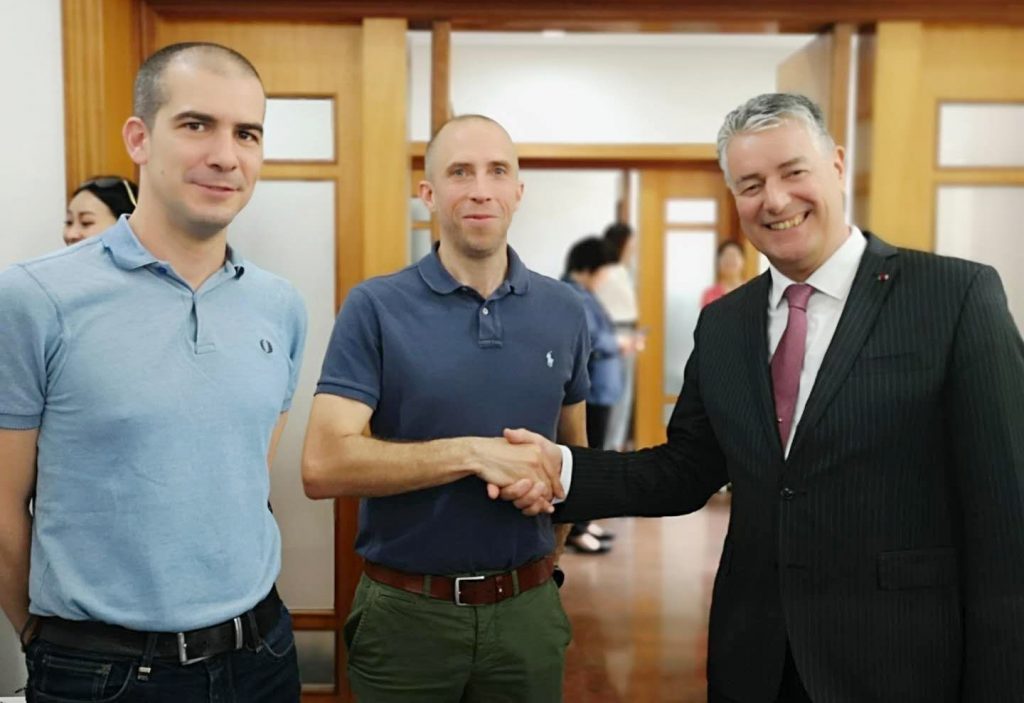 Brussels athletes Mathieu Canon and Stephan Vansantvoet were selected by visit.brussels to participate in the half-marathon of the District of Beilin on 20 April. The route of this half-marathon winds its way along the city’s old fortifications–for a distance of over 13.7 km – that surround the imperial city of Xi’an. Xi’an, which was the capital of China for over 1,000 years, has several stunning tourist attractions, including the terra cotta army which guards the mausoleum of Emperor Qin Shi.

The Brussels-Capital Region was invited to participate in this race for the second consecutive year, as part of its cooperation agreement with the city of Xi’an. This agreement will be  renewed soon.

The two Brussels athletes were welcomed as guests of honour by the Mayor of Xi’an, the head of the District of Beilin and H.E. Marc Vinck, the Belgian Ambassador to China. They lived up to expectations, running the 21-kilometre half-marathon (part of the route runs on the city’s ancient fortifications) in 1’37’’ and 1’41’’, which are both excellent times. Well done!