Inauguration of the Belgian Alley in Kiev: the Patriarch of Saint-Michael’s monastery, the Belgian Ambassador to Ukraine, Luc Jacobs, the State Secretary for Foreign Affairs of Ukraine, the Mayor of the central district of Kyiv.

From 9 until 13 June 2018, Brussels International undertook a working visit to Kiev. Our region and the capital of Ukraine signed a cooperation agreement many years ago, in 1997, and the update of this agreement had been a priority for quite some time. 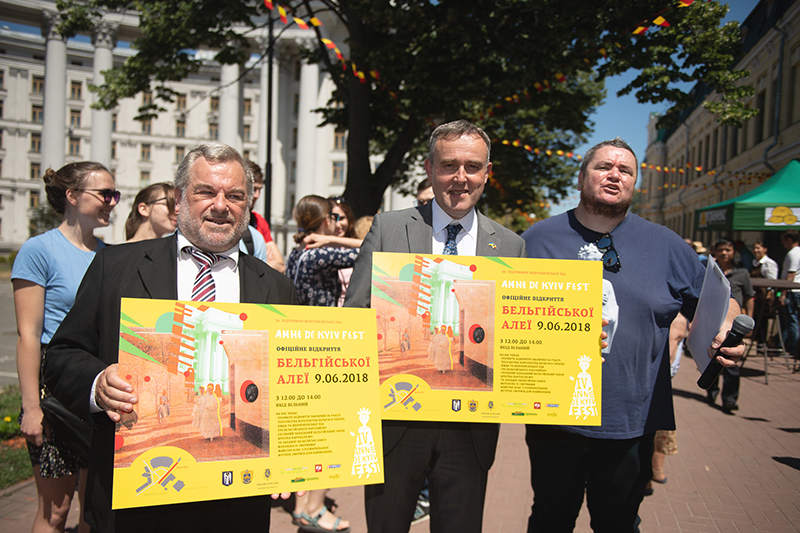 Daniel Verheyden, of Brussels International, Luc Jacobs, the Belgian Ambassador to Ukraine and Fédir Balandin, manager of the Kupidon restaurant, during the Anne of Kiev festival, which commemorates this princess, who was also a queen of the Franks and the regent of the Frankish kingdom in the 11th century. 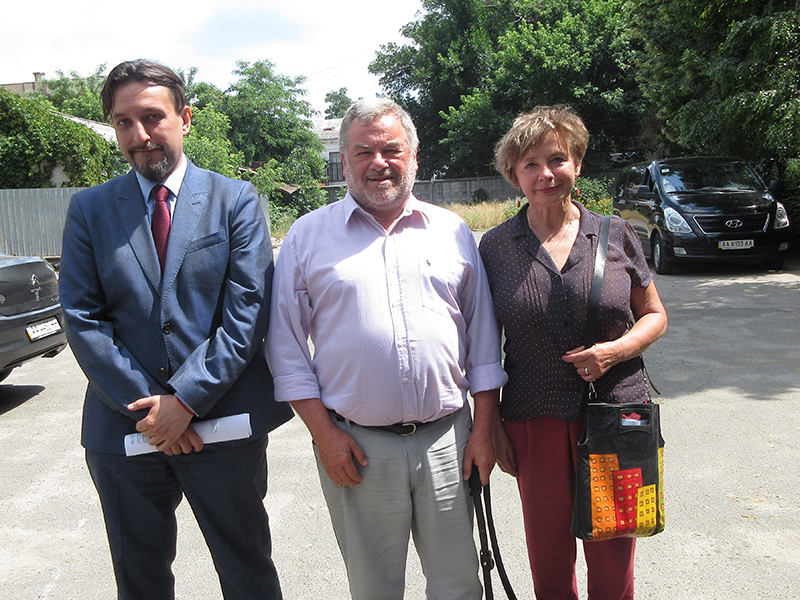 On 9 June, a “Belgian Alley” was inaugurated in Kiev’s historic city centre while a festival of the French-speaking community was held the next day. The Belgian Ambassador, Luc Jacobs, starred at both events.

Kiev also confirmed its participation in the 2018 eat! BRUSSELS festival, where it will be represented by the famous Kupidon restaurant.