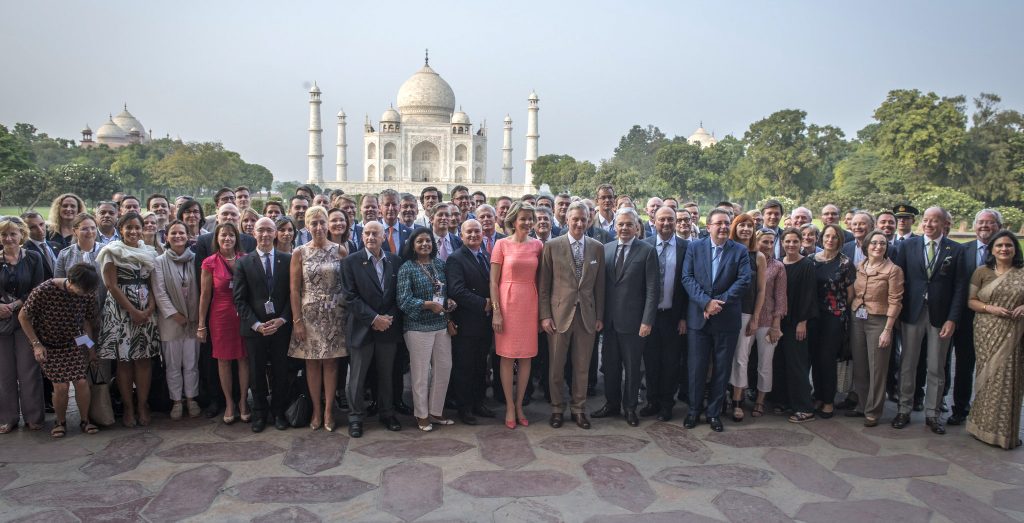 The Minister-President accompanied the royals to India

The King and Queen of Belgium made their first state visit to India, from 5 until 11 November 2017, to mark the seventieth anniversary of the diplomatic relations between the two countries. Minister-President Rudi Vervoort joined the official delegation, representing the Brussels-Capital Region. 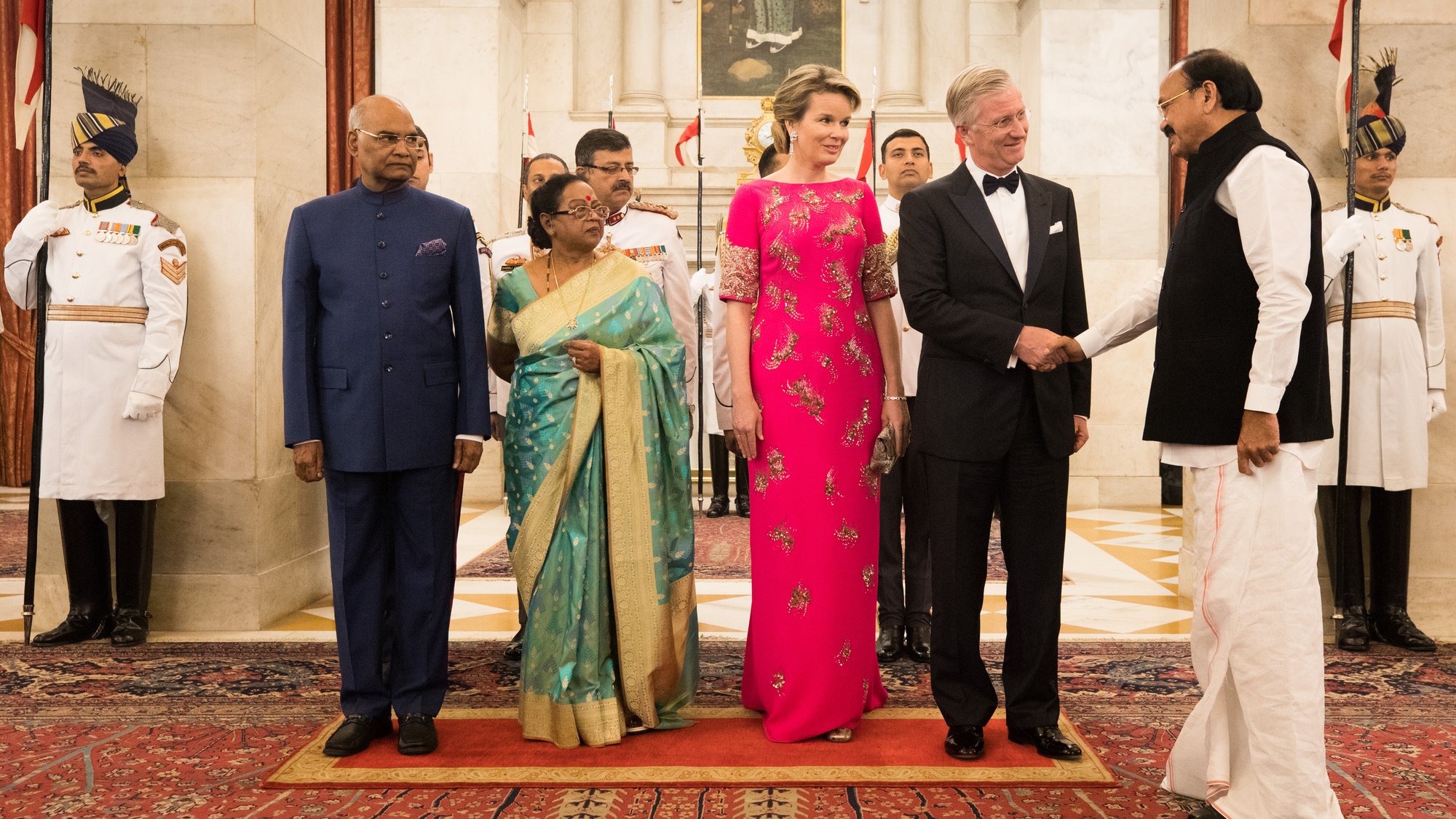 His Majesty King Philippe at the “Indo-Belgian Working Session on Sustainable Cities – Making Smart Use of Scarce Resources” seminar in New Delhi, with Minister-President Rudi Vervoort. 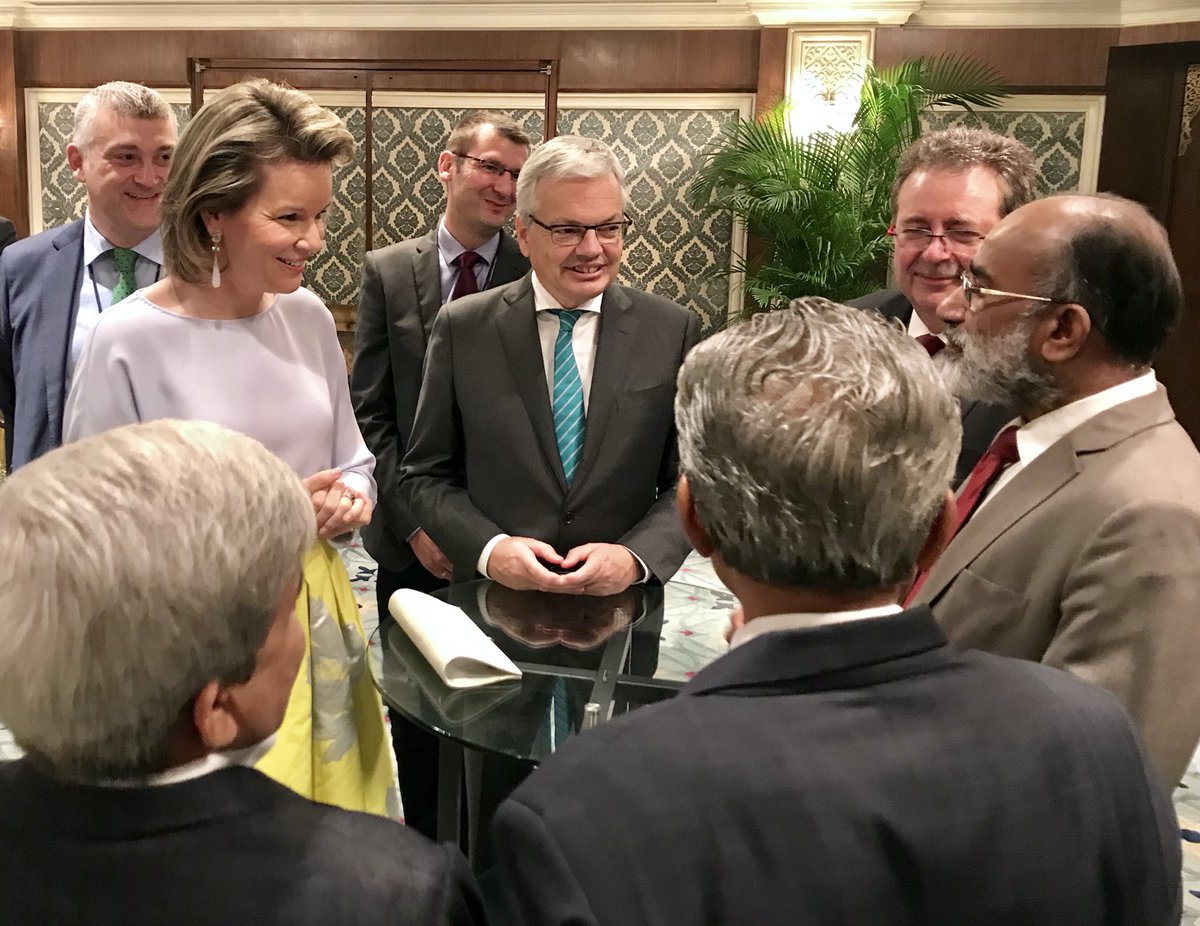 Meeting with representatives of the Indian tourism industry. 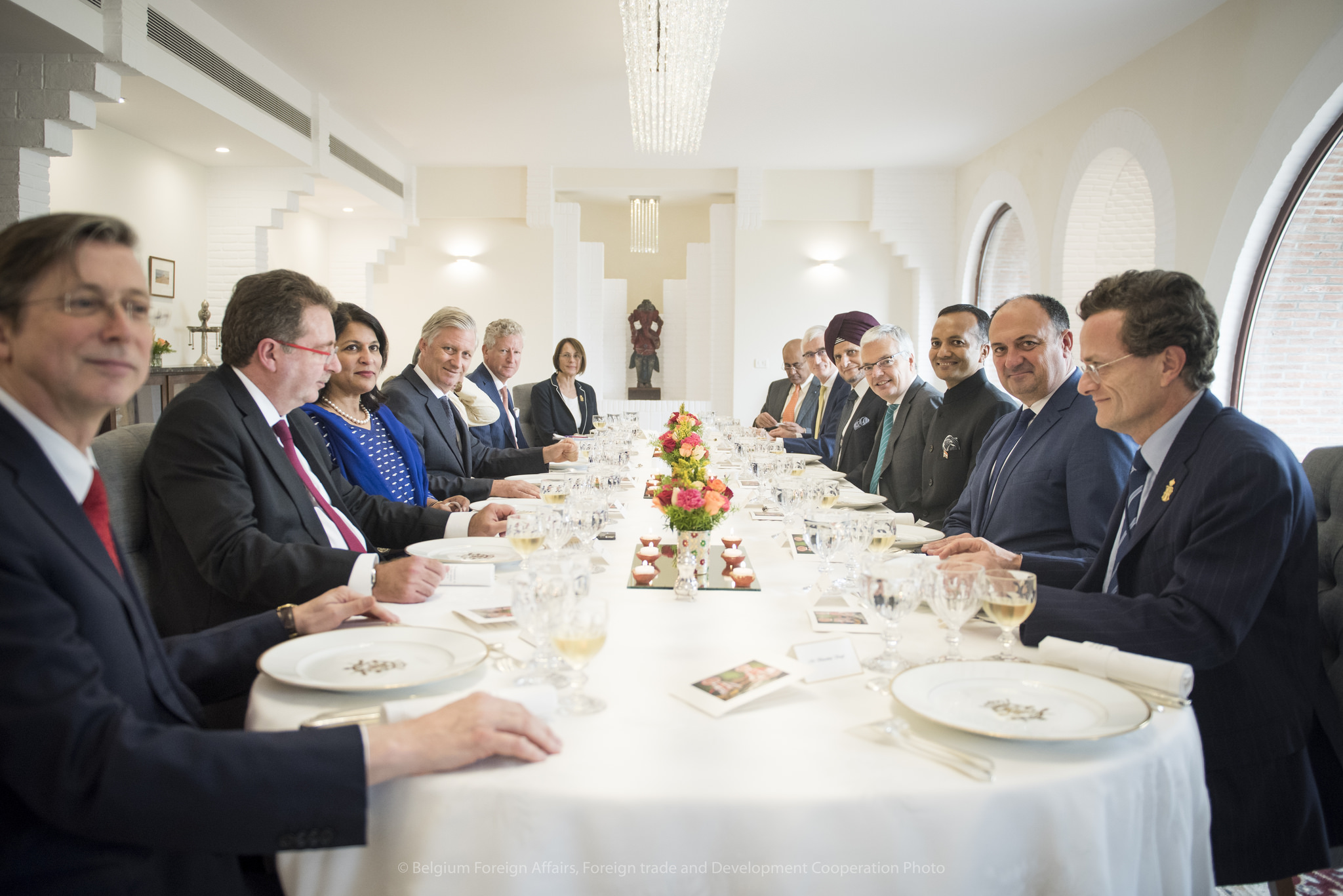 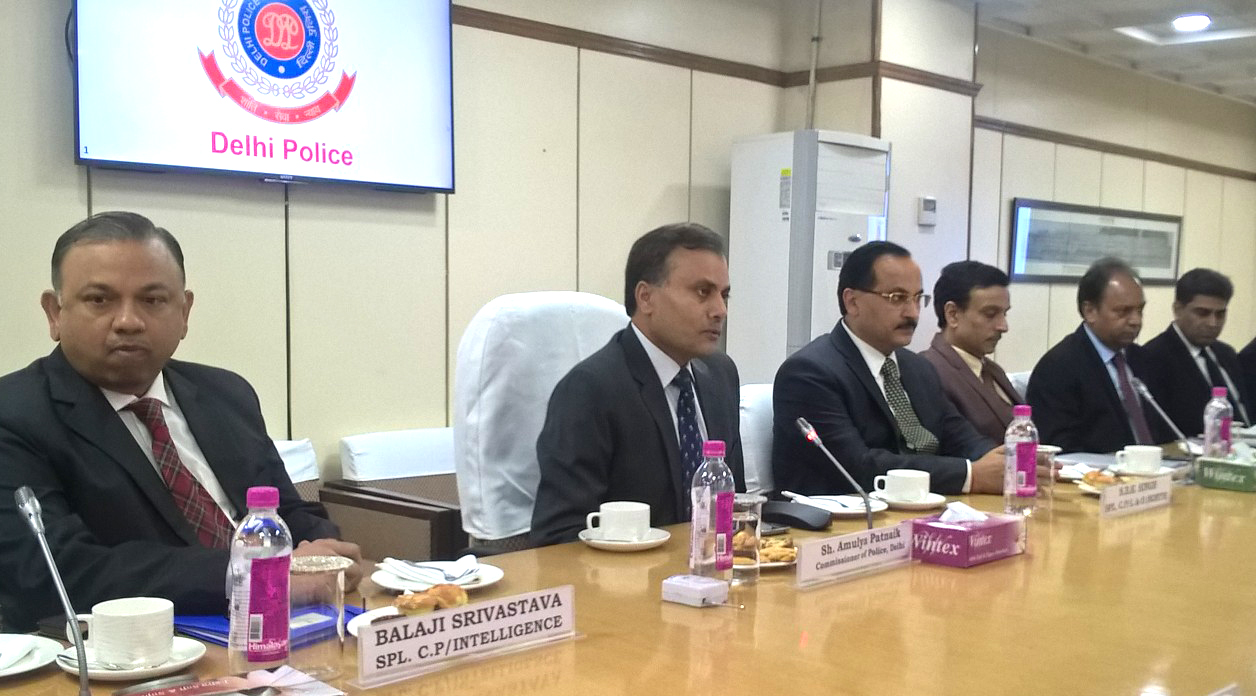 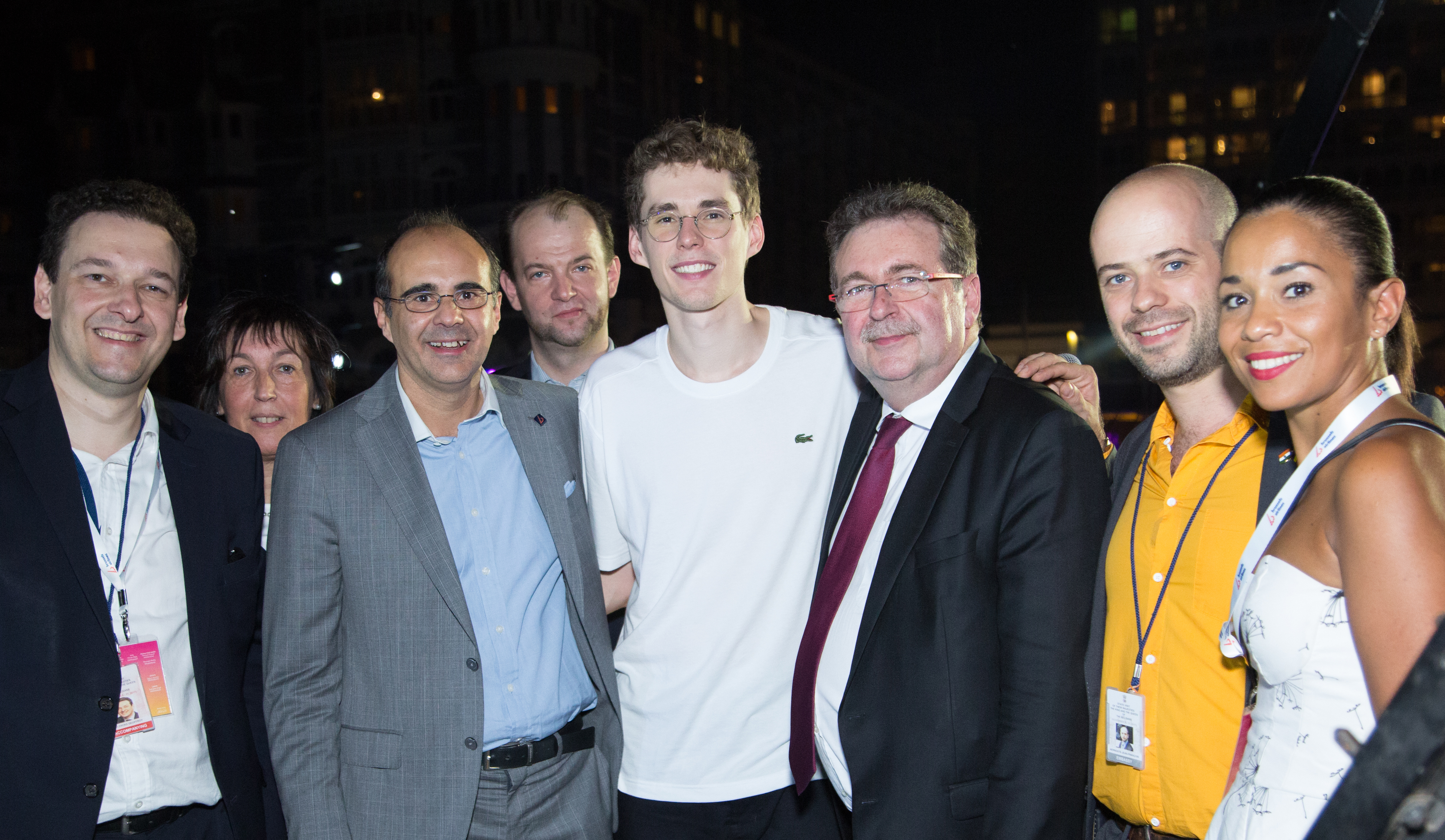 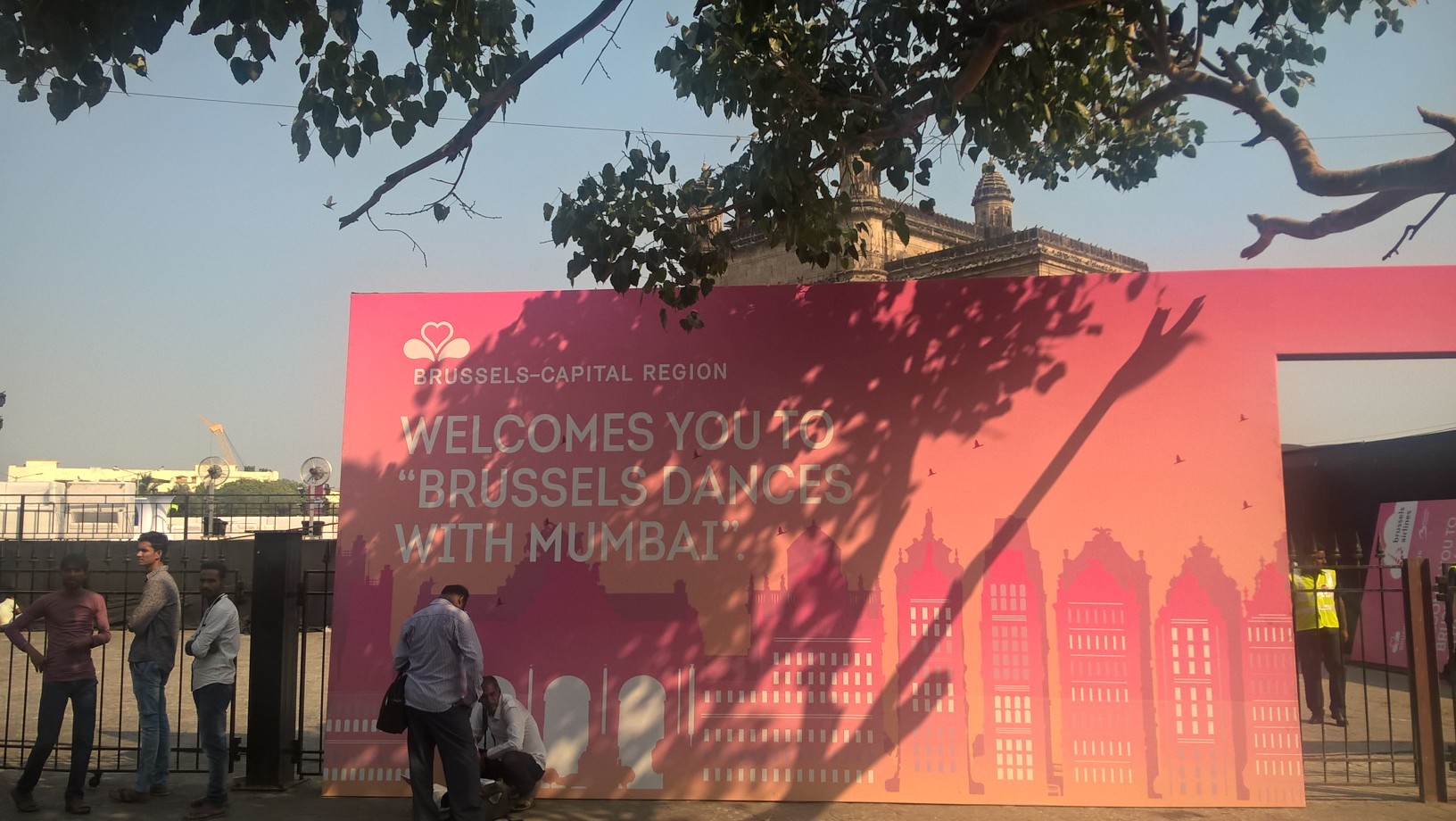 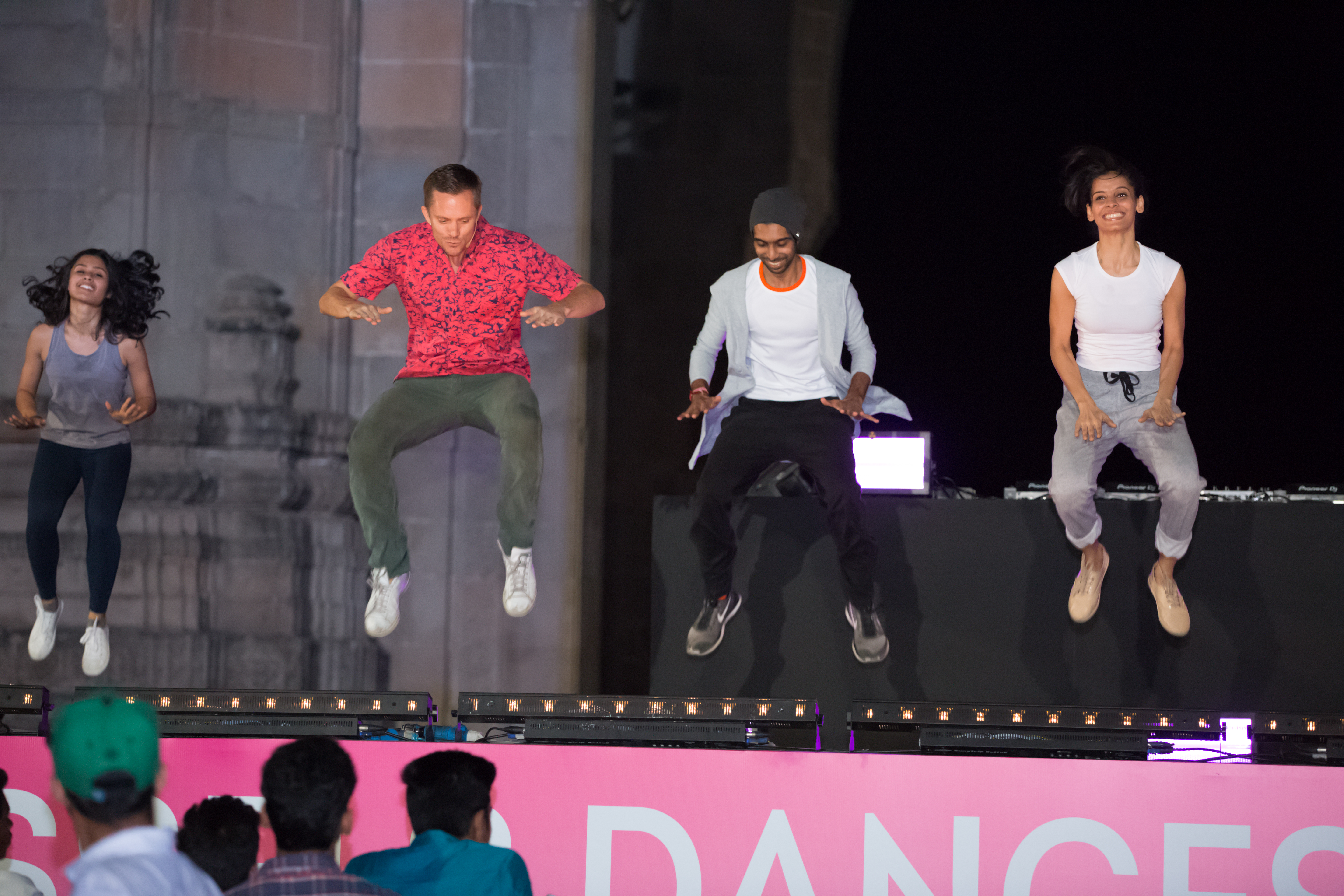 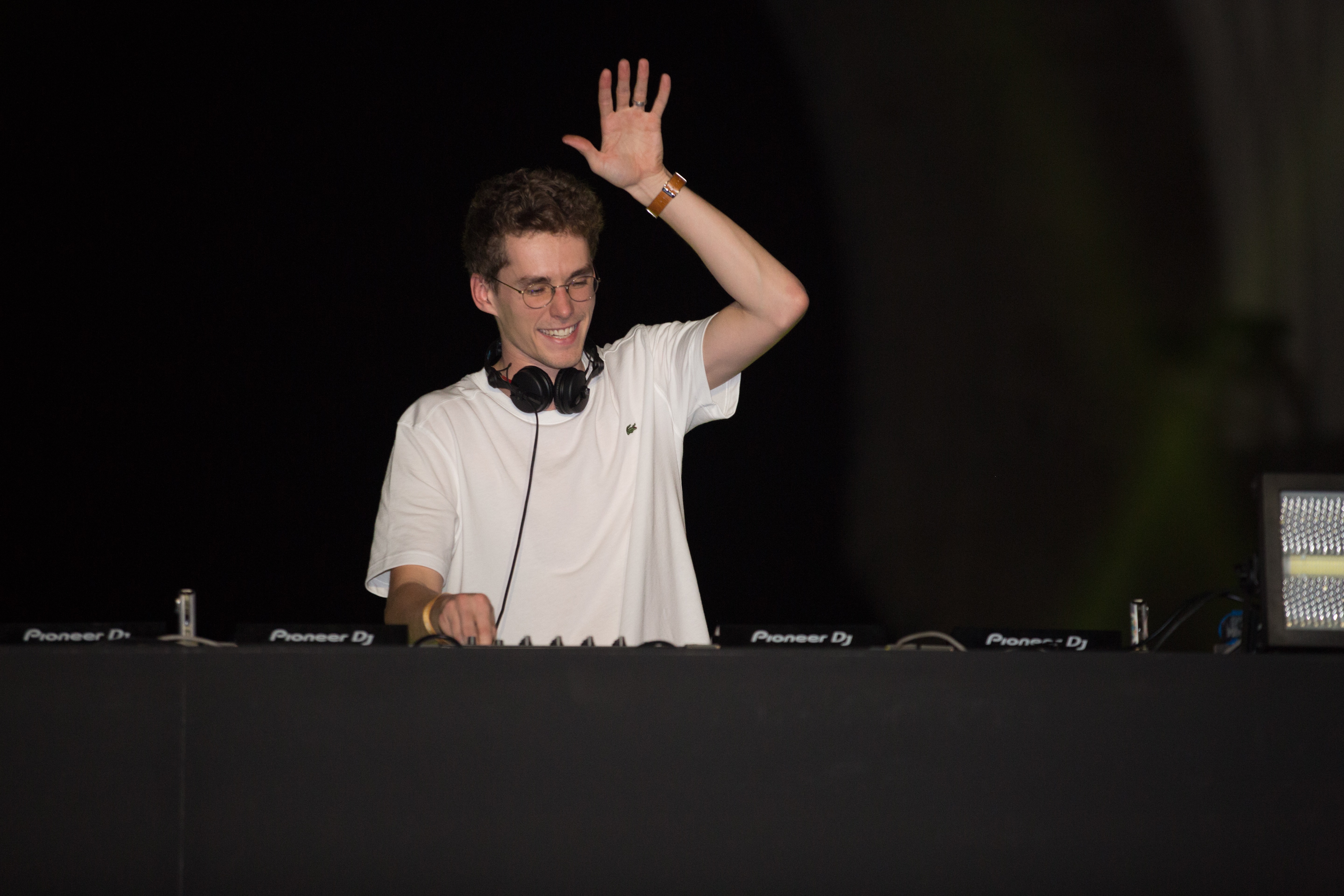 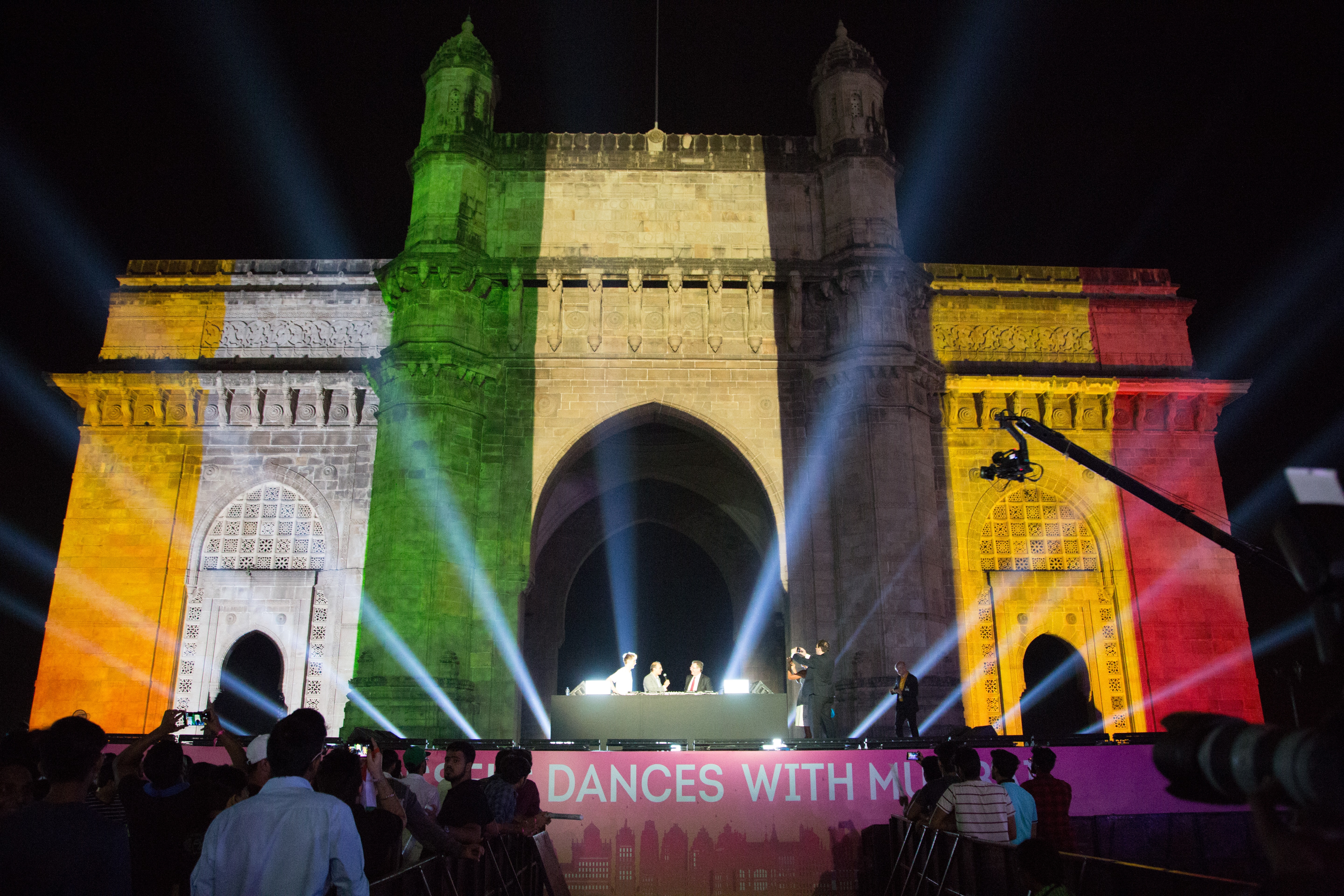 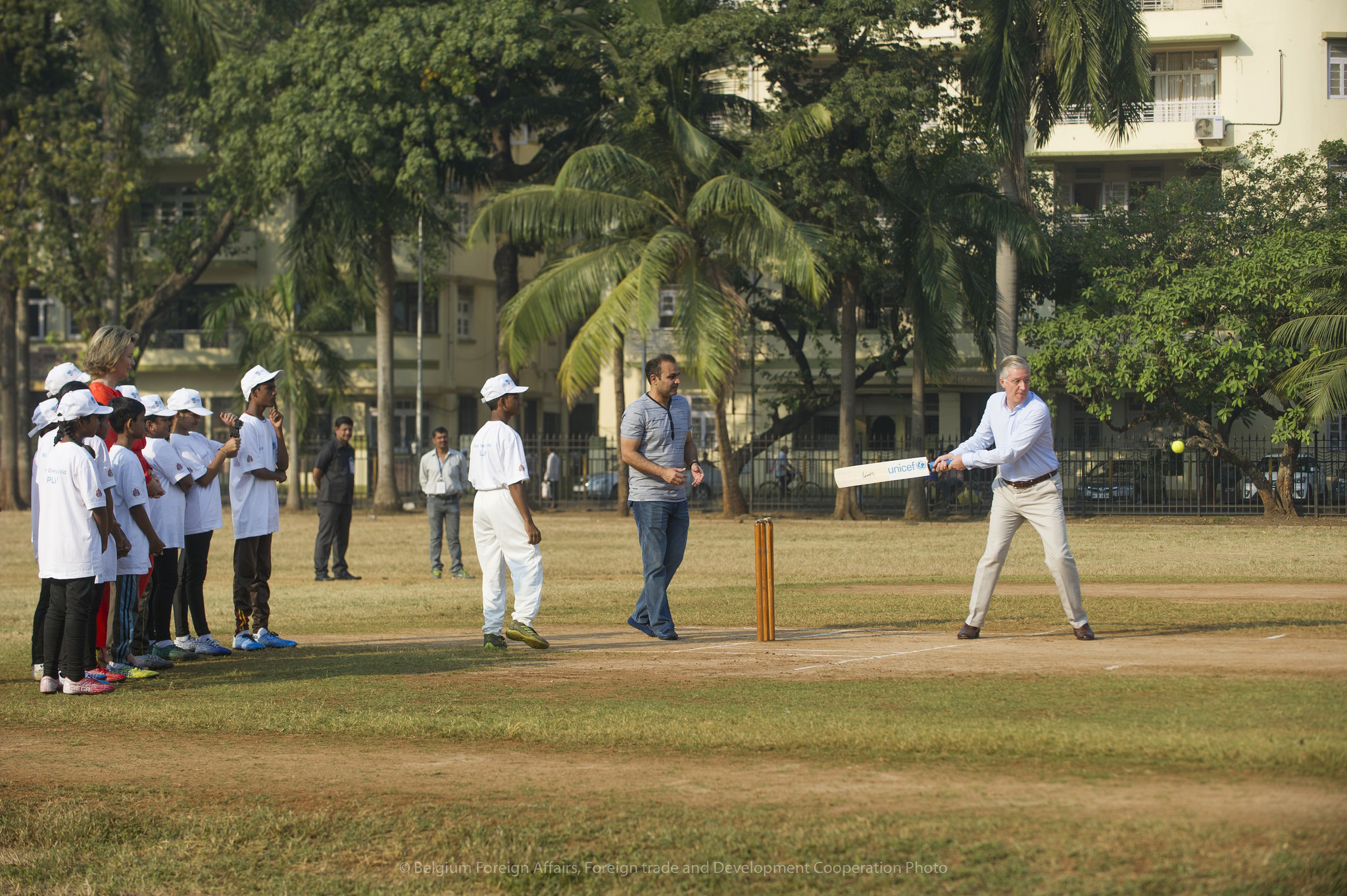 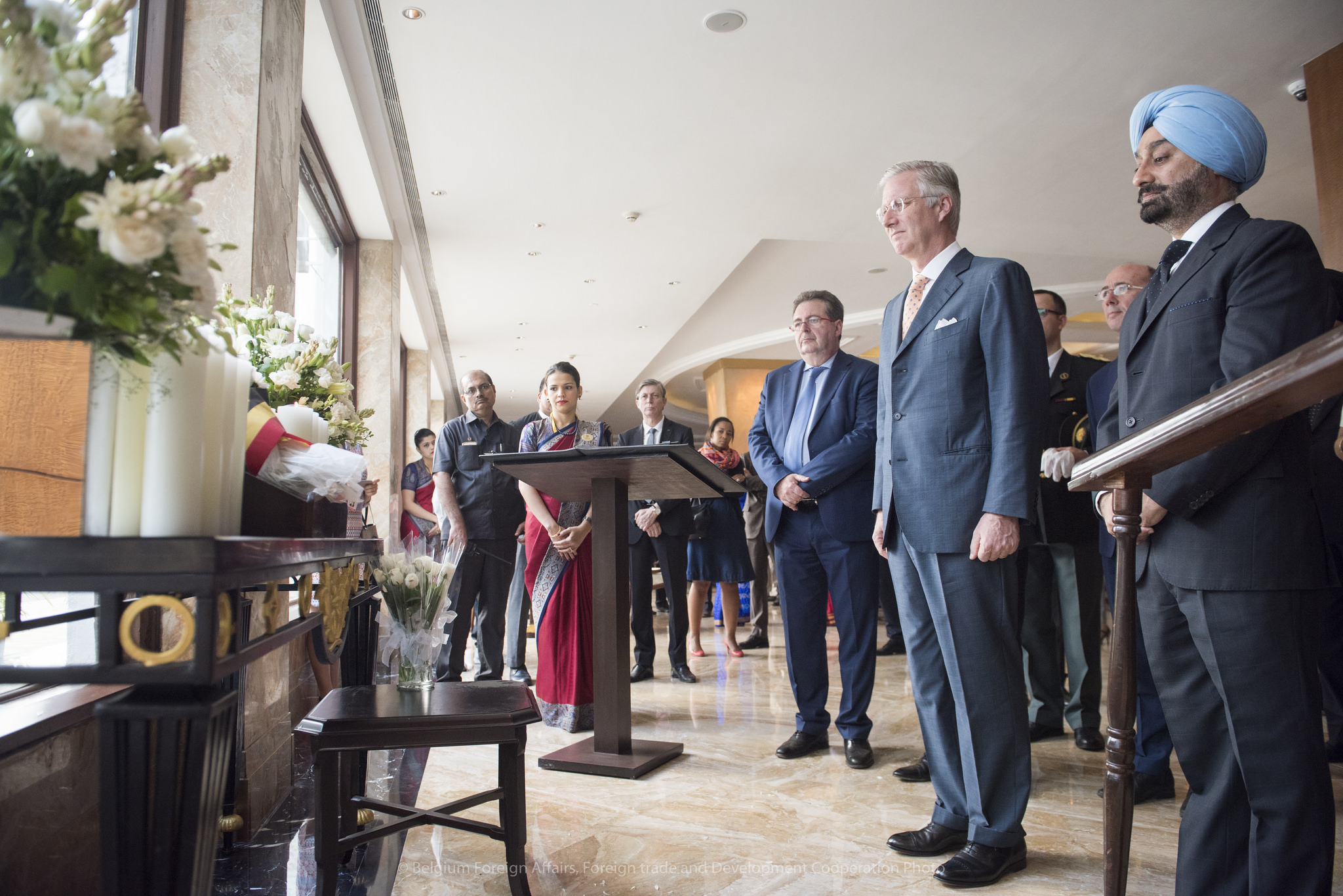 A ceremony honouring the victims of the 2008 attack on the Taj Mahal Palace in Mumbai. © FPS Foreign Affairs 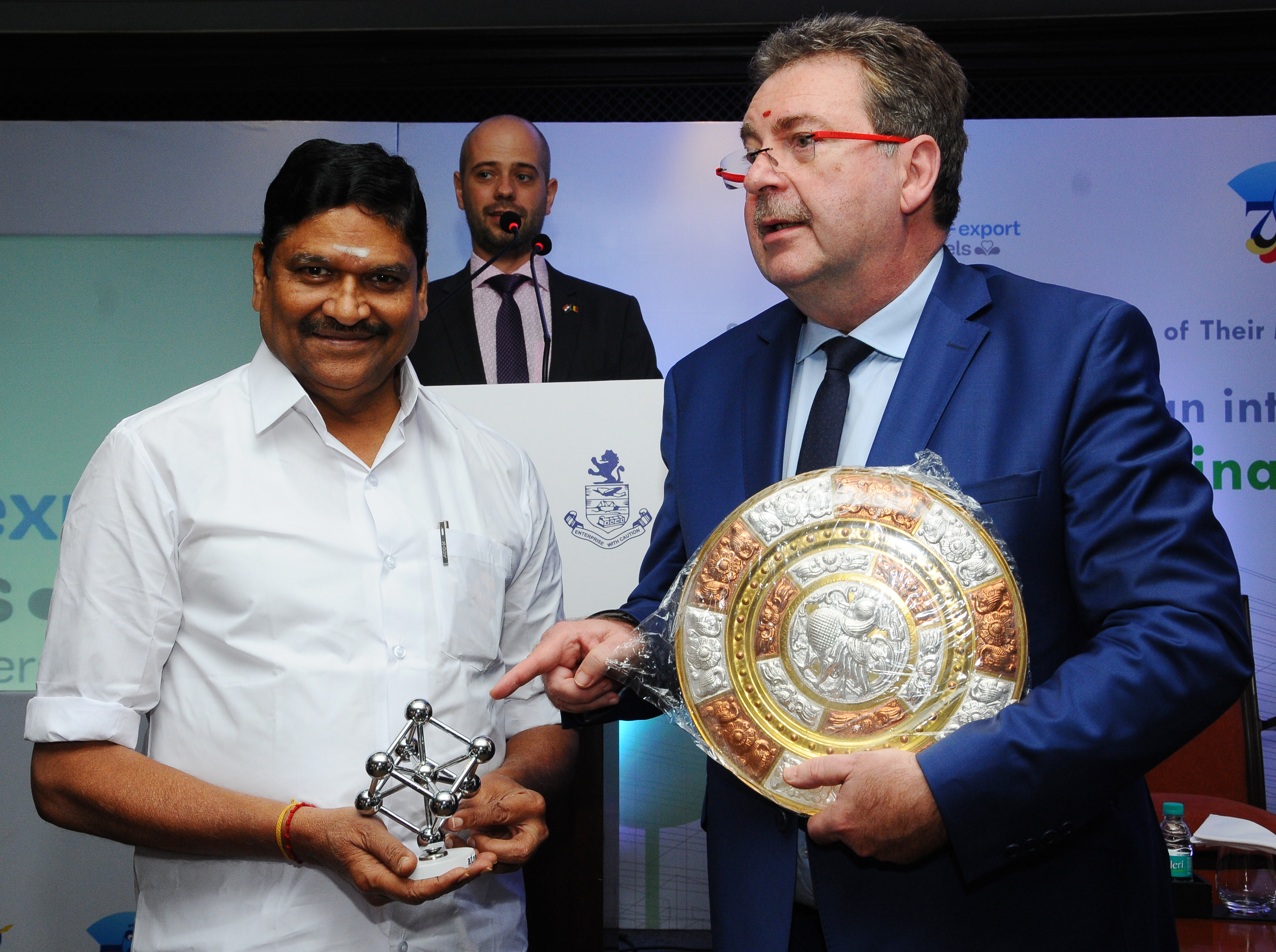 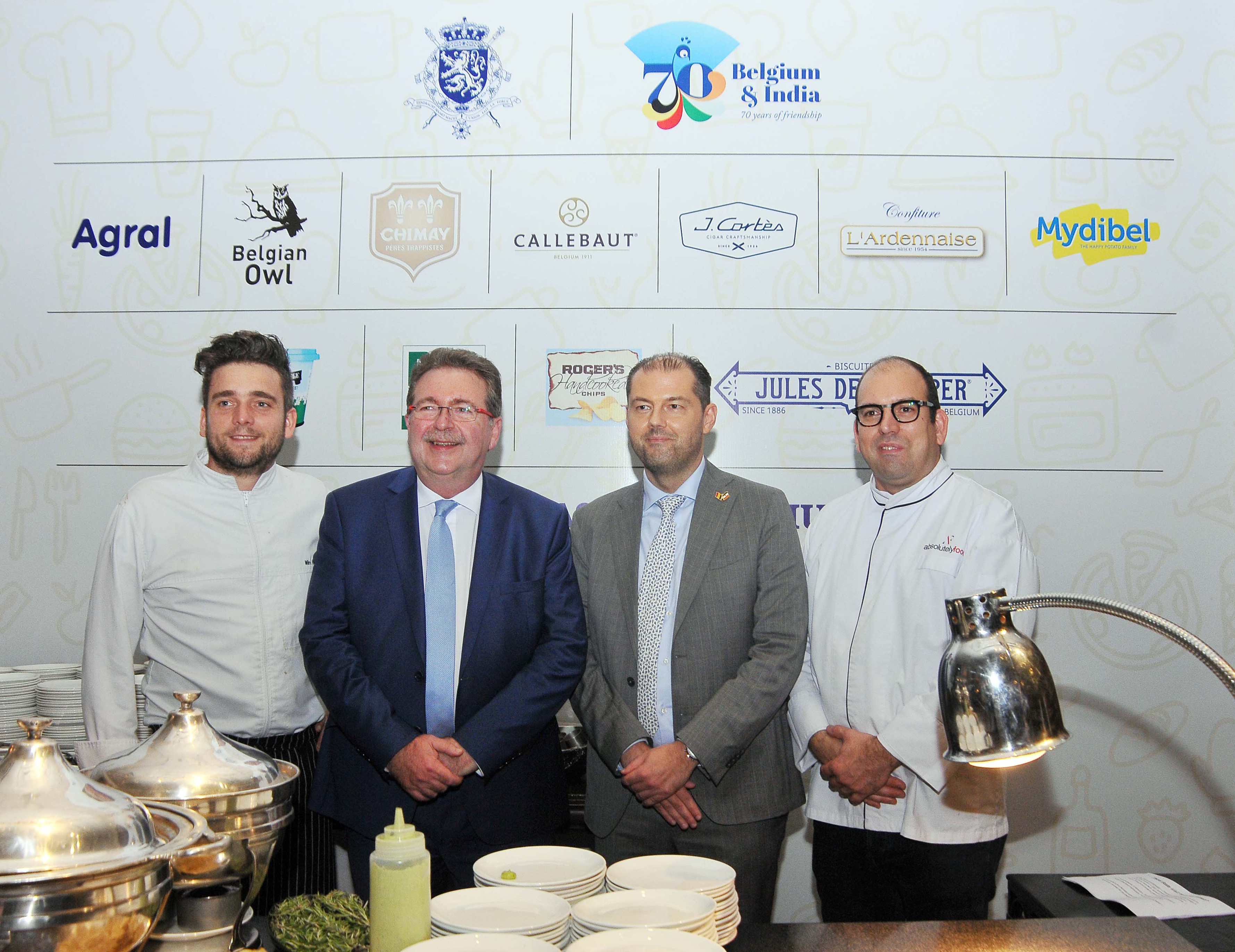 The Belgian royals were accompanied by the federal Minister of Foreign Affairs and the State Secretary for foreign trade, the Minister-Presidents of Flanders, Wallonia and the Wallonia-Brussels Federation and an impressive delegation of CEOs and university rectors.

After the obligatory visit to the magnificent Taj Mahal in Agra on Monday 6 November, the next day’s schedule essentially consisted of ceremonies and formal meetings in New Delhi. The Belgian delegation met with President Ram Nath Kovind, Vice-President Muppavarapu Venkaiah Naidu and Prime Minister Narendra Modi. Ceremonies included the sounding of the Last Post at India Gate and a visit to Raj Ghat, and the Mahatma Gandhi Memorial. The day ended with a state banquet.

That same day, the Minister-President gave the closing speech at the “Indo-Belgian Working Session on Sustainable Cities – Making Smart Use of Scarce Resources”, which was organised by Brussels Invest & Export. This seminar proved very successful, with several high-level interventions, including that of Caroline Pauwels, the Rector of Vrije Universiteit Brussel, which made quite an impression. The theme was particularly well-chosen as the Indian capital happened to be experiencing one of the worst cases of air pollution in its history (with levels nearly 30 times what the WHO considers safe) during the state visit!

On Wednesday morning, it was time to promote Belgian tourism. India has a fast-growing middle class that is eager to discover the world, making it one of the most promising markets in the world. Consequently, the delegation was keen to meet with Indian tour operators. The “Belgium’s most brilliant” seminar, which was also organised the next day in Mumbai, was a great opportunity for this.

After the traditional power luncheon with several prominent Indian business leaders, the Minister-President visited the call centre of Delhi’s police and exchanged ideas and experiences with the Chief of the Indian capital’s police force, Amulya Patnaik, and his deputies. Jamil Araoud, the Director General of the newly-created Brussels Prevention and Security body, accompanied Rudi Vervoort during this very informative meeting. Following the most recent state reform, the Brussels-Capital Region now has several very important competences on the security level.

On 8 November, a signing ceremony was held in New Delhi, as well as the next day in Mumbai, during which several Brussels companies and universities formalised their partnerships with their Indian counterparts.

The New Delhi part of the state visit ended on a boisterous note with the “Bollylicious” show, a projection on the buildings and a reception in the gardens of the magnificent Belgian Embassy.

On Thursday 9 November, the delegation left for India’s economic capital, Mumbai, which also happens to be the world diamond capital, a leading international port and the headquarters of Indian cinema (Bollywood), to name just a few assets of this incredible bustling metropolis.

Here the King and Queen and the Belgian ministerial delegation met with Vidyasagar Rao, the Governor of Maharashtra State, which includes Mumbai. The reception took place in his magnificent residence at Malabar Hill.

The day ended with the state visit’s most ambitious event, namely “Brussels dances with Mumbai”. The idea and funding for this music and dance evening came from Brussels International, in partnership with Tomorrowland, the electronic music festival which attracts people from around the world to Belgium, as well as Brussels Airlines and Brussels Airport. Think of Mumbai’s most iconic location, the famous Gateway of India, facing the sea, at the foot of the mythical Taj Mahal Palace at dusk. Then add a flash mob by the world-famous Indian choreographer Ashley Lobo to this dreamy setting. Throw a typical Brussels participatory dance event called Bal Moderne into the mix, with choreographies by two leading Belgian choreographers, Sidi Larbi Cherkaoui and Wim Vandekeybus; a performance by Scala, the energetic girls’ choir from Aalst; and a set by the talented young Brussels DJ Lost Frequencies, with stunning light projections on Mumbai’s most famous monument. It’s hard to imagine a more magical event! And internet users were quick to pick up on this, as the video of the event has been viewed by over a million people already…

The objective of “Brussels dances with Mumbai” was to promote Brussels to the 20 million inhabitants of the city and encourage them to take the direct flight to our capital and discover this place to be, and what it has to offer in terms of contemporary dance and electronic music… as well as many other things!

After this entertaining evening, Minister-President Vervoort’s day was just as busy on Friday 10 November with a cricket demo, a ceremony at the Memorial for the 2008 attack at the Taj Mahal Palace, the opening of the “Belgian-Indian Cleantech Summit : Solutions for Smart cities and Industries” and the seminar on “Digitalization in India, lunch invest”, as well as a concert by Scala at the National Centre for the Performing Arts, followed by a splendid Indo-Belgian reception hosted by the Consul General of Belgium, which also marked the end of the state visit.

On 11 November, the Minister-President and his delegation did not board the royal flight back to Brussels but instead chose to fly on to Chennai, a large city in South East India. There the Brussels delegation met with the Minister for Industry of the State of Tamil Nadu as well as the representatives of the local Chamber of Commerce and Industry to discuss a future partnership between Brussels and Chennai.

Rudi Vervoort then addressed the participants of the Smart Cities seminar organised by the Brussels-Capital Region’s economic and trade counselor in Chennai and attended the reception hosted by the Consul General of Belgium to celebrate the King’s Day, before taking a night flight back to Europe.