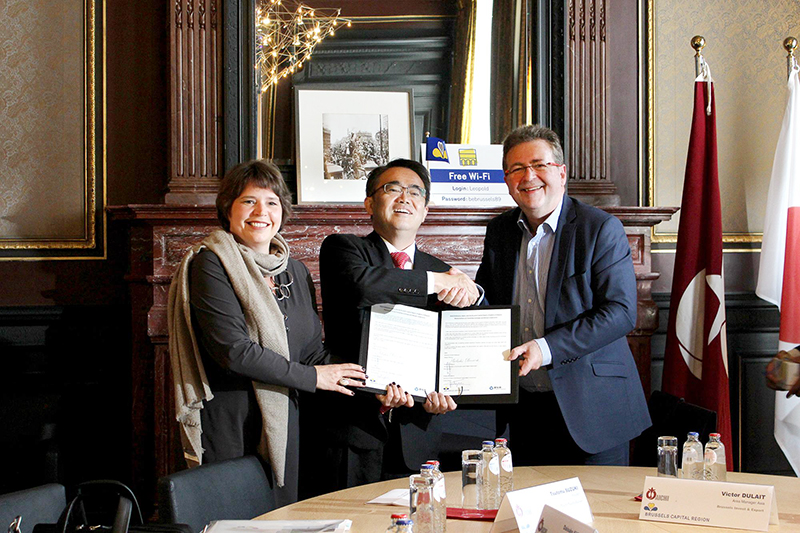 Brussels signs a cooperation agreement with Aichi Prefecture in Japan

On Monday 15 May, Minister-President Rudi Vervoort and State Secretary Cécile Jodogne signed a Memorandum of Understanding (MoU) with the Governor of Aichi Prefecture, Hideaki Ohmura. The text refers to a cooperation in the broadest possible sense, which is not limited to the economic aspect alone, but also aims at areas of common interest to the two regions, including the arts, culture, gastronomy and so on. 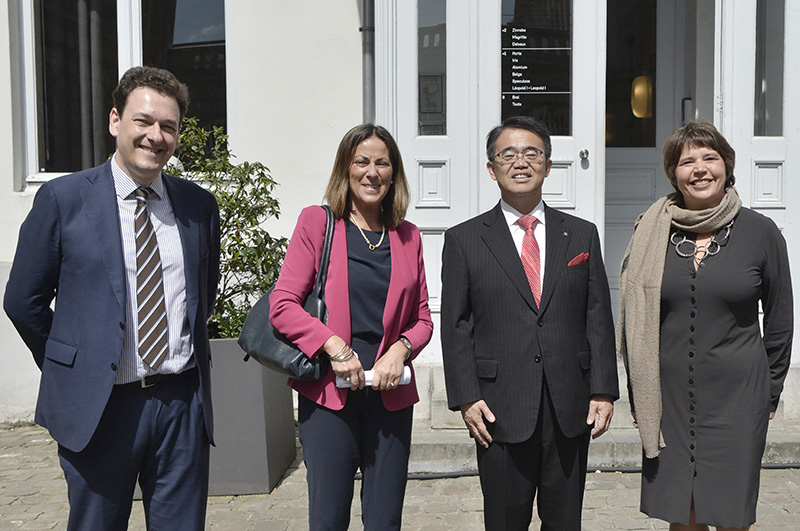 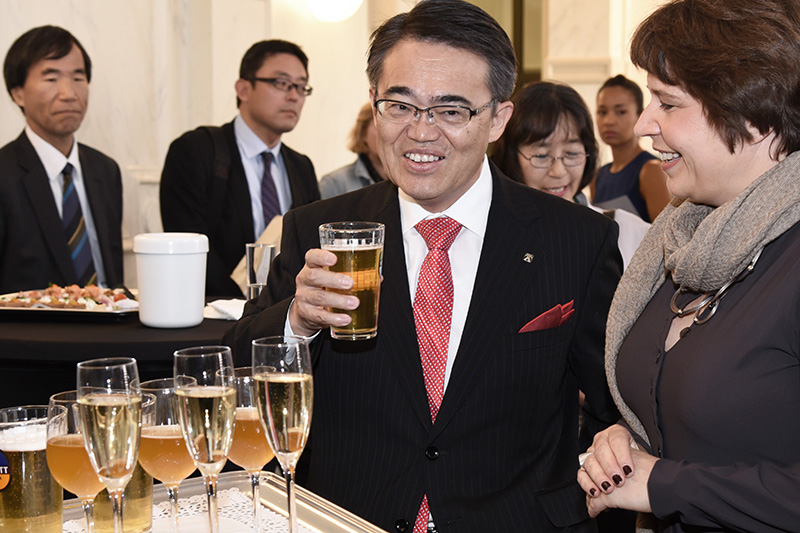 Hideaki Ohmura, the Governor of Aichi Prefecture, samples a Brussels beer, called “En Stoemelings” (an expression which means “secretly” in Brussels dialect), in the presence of Cécile Jodogne, the State Secretary for Foreign Trade. 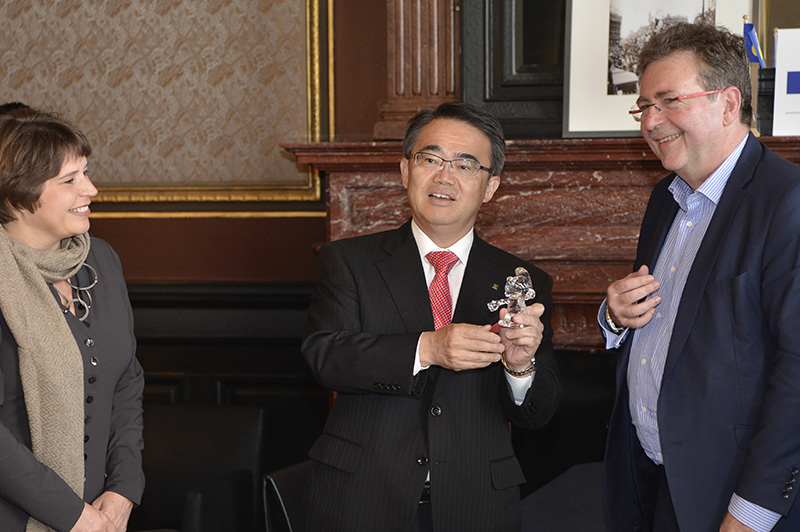 The Governor of Aichi Prefecture receives a crystal Smurf. 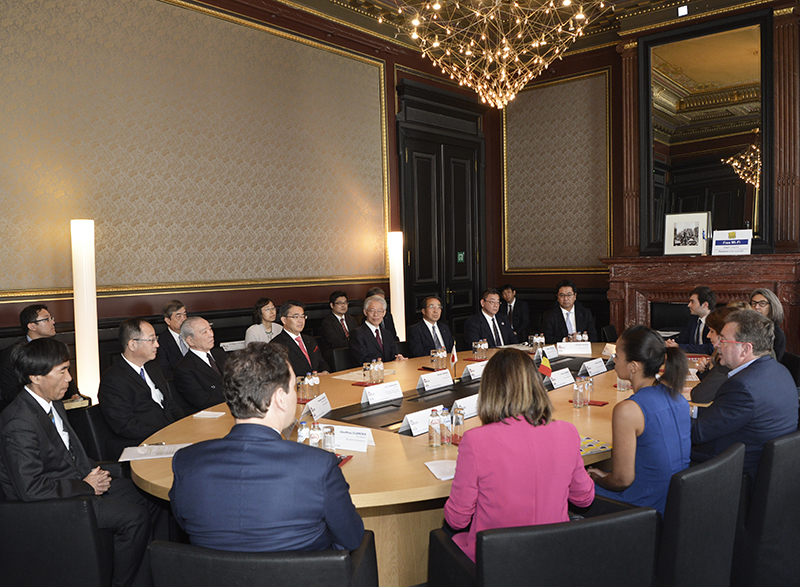 Meeting with the delegation from Aichi in the Leopold room, where the Brussels Government meets.

The memorandum underscores the growing importance of the partnership between our two regions. The Governor of Aichi visited Brussels with a delegation of Japanese companies and investors. He also invited representatives of Aichi companies in Belgium, such as the Vice-President of Toyota Motor Europe and the President of Toyota Tsusho Europe, who attended the ceremony.

Since 2014, there have been frequent contacts between the Brussels-Capital Region and Aichi Prefecture, more specifically with the City of Nagoya. That year, Quartier Louise twinned with the commercial district of Sakae-Machi. Cécile Jodogne, the State Secretary for Foreign Trade, travelled to Nagoya in 2015 and 2016, on the occasion of the Brussels Days among others. She will return there in June, prior to the princely mission to Korea. There she will also attend a concert of the Brussels Philharmonic, whose Japanese tour is co-funded by Brussels International.

Minister-President Rudi Vervoort, meanwhile, visited the city in October 2016, representing our region during the state visit to Japan of our King and Queen. He presented a Smurf costume to a replica of our most famous ambassador, Manneken-Pis, in the presence of Her Majesty Queen Mathilde. From now on these two Brussels icons proudly represent Brussels in Aichi Prefecture.

During its visit to Brussels, the official Japanese delegation visited Brussels companies with ties to Japan. They included the leather manufacturer Delvaux, SoftKinetic which specialises in 3D technology and movement recognition (which was acquired by Sony in 2015) and the Brussels Beer Project, a Brussels brewery cooperative, which opened a bar in Tokyo on 10 May.

The delegation also visited the European Commission, an essential element of any visit to the capital of Europe. 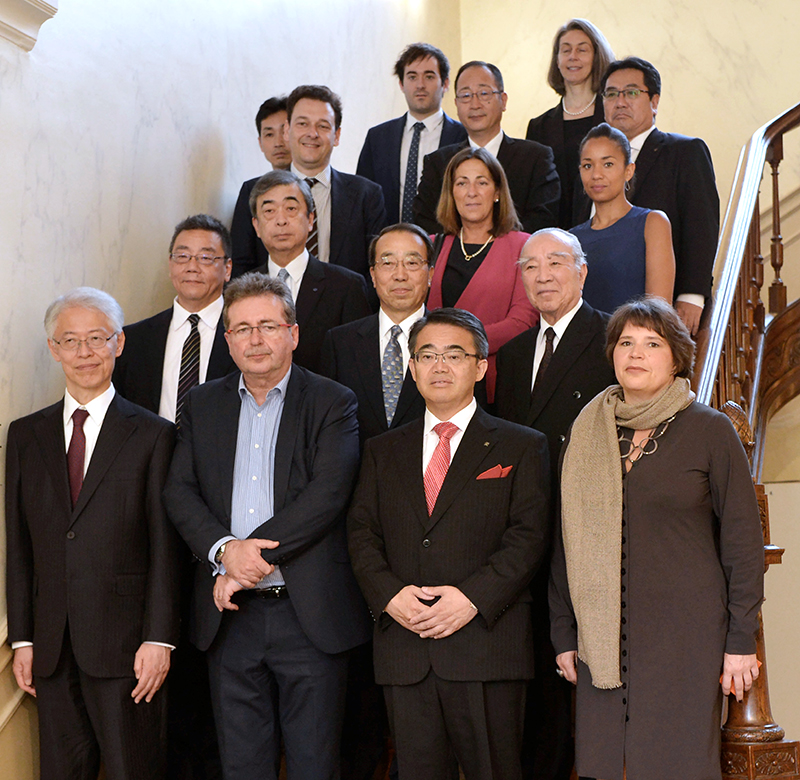