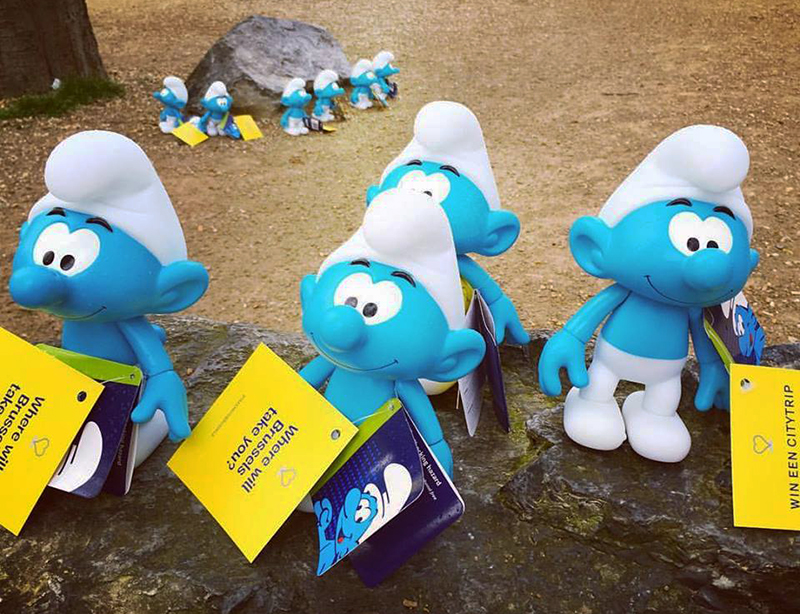 In Vondel Park in Amsterdam, the little Smurfs wanted to go home… back to Brussels!

A smurfalicious campaign for Brussels

On 2 May 2017, Smurfs invaded the city centres of major European cities, promoting Brussels as a premier tourist destination in the margin of the “Where will Brussels take you?” campaign. 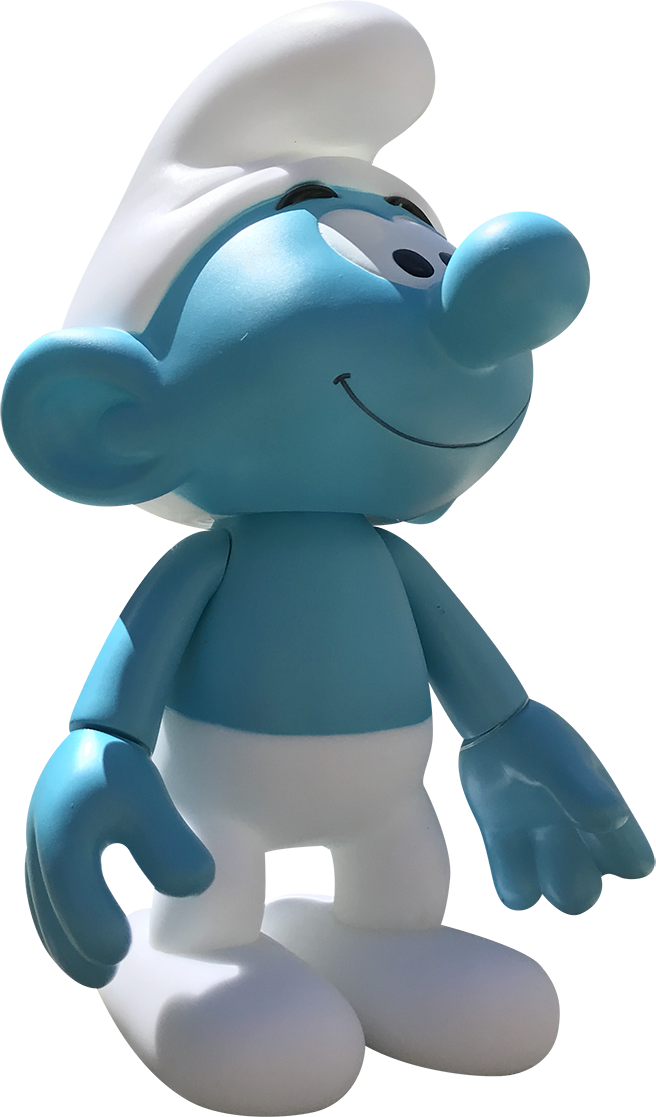 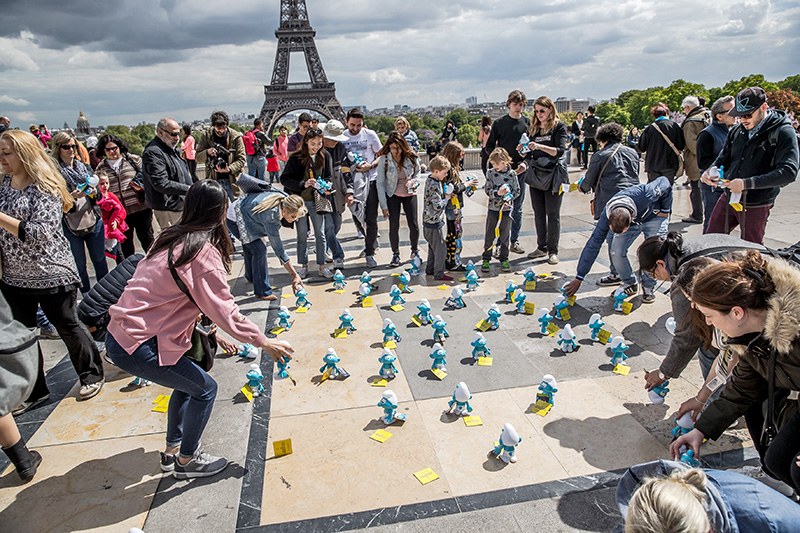 At the Trocadéro, near the Eiffel Tower. No time to climb to the top of the tower unfortunately. The Smurfs did not come to Paris on a tourist visit! 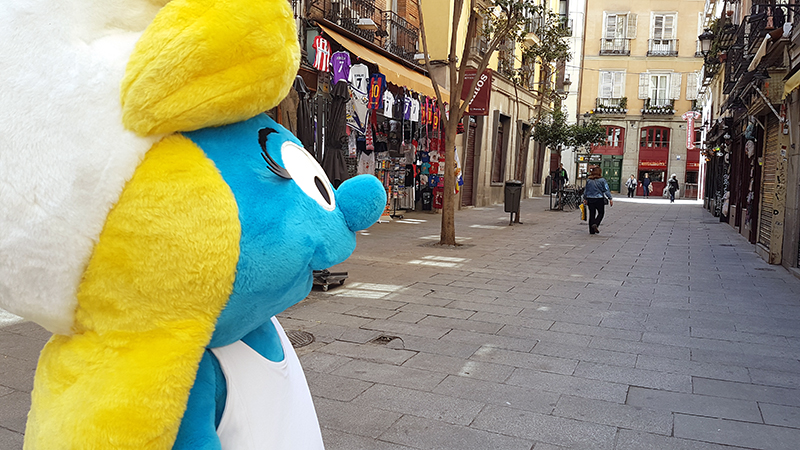 Smurfette enjoys a bit of shipping in Madrid! A nice change from the Smurf Village! 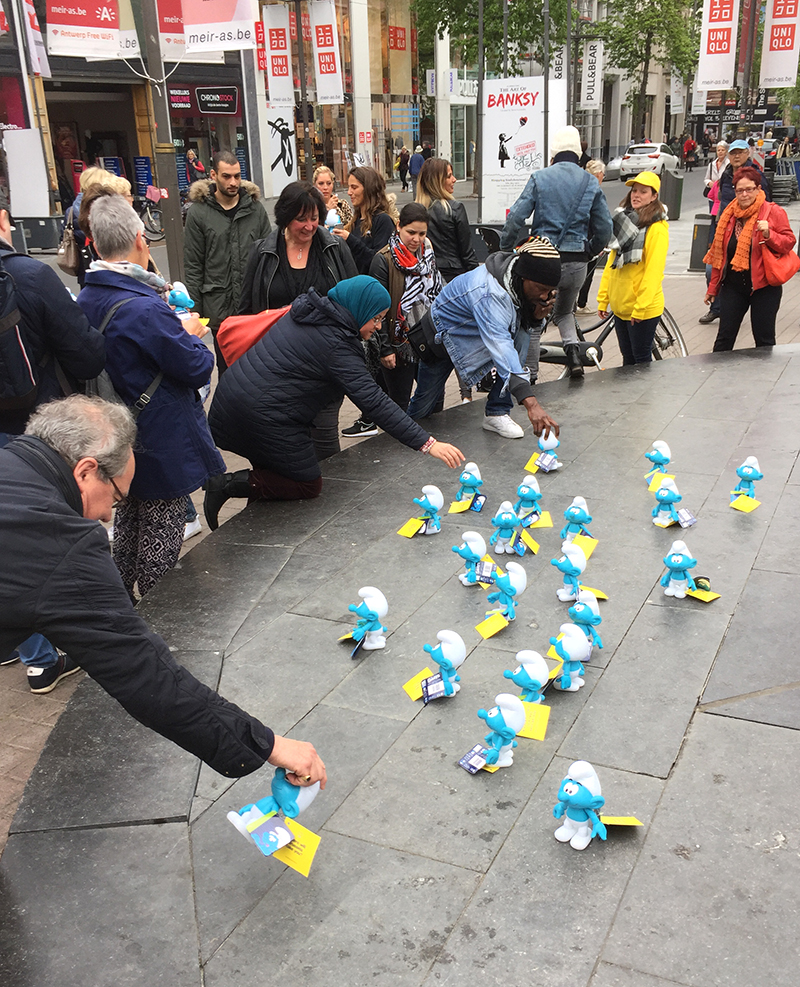 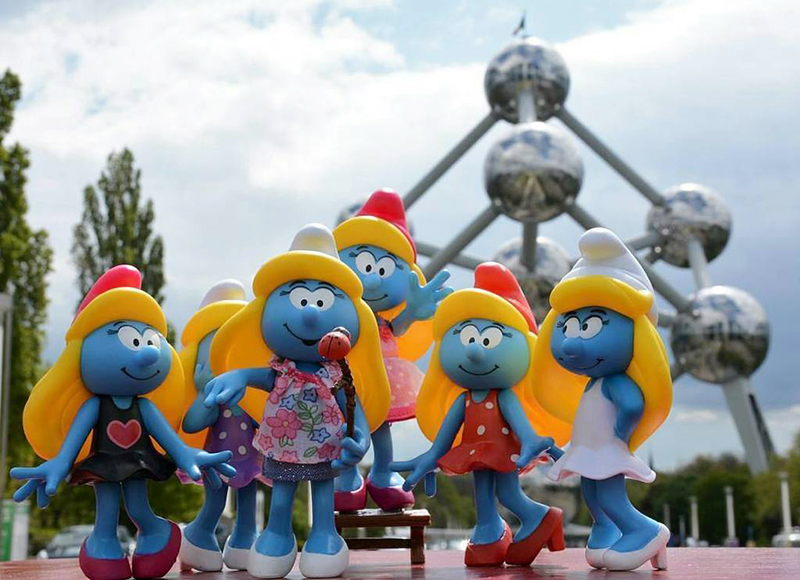 The “Where will Brussels take you?” campaign was launched simultaneously in Germany, Spain, France, Italy, the Netherlands, the United Kingdom and Belgium of course. The Smurfs are the perfect ambassadors for Brussels, as illustrated by this fun campaign.

Their role is to encourage Belgians and Europeans to go to the website www.takemeto.brussels where they can win weekends in Brussels every week, including their transportation and two nights’ accommodation. The campaign also used the viral force of social networks with the hashtags #takemetobrussels and #wherewillbrusselstakeyou.

On 2 May, the adorable blue creatures posed near various iconic tourist attractions in the city centres of Amsterdam, Berlin, London, Madrid, Paris and Rome, as well as Antwerp and Namur. In the Italian capital, for example, they were spotted in Piazza Navona and even in St. Peter’s Square in Vatican City.

In Paris, meanwhile, the Smurfs admired the Eiffel Tower from the Champ-de-Mars esplanade, climbed up to Montmartre where they awaited the tourists and Paris at the Sacré-Cœur, felt very tiny at La Défense and took the place of the pigeons in the square in front of Notre-Dame. Smurfette meanwhile got lost in the alleys of Madrid. The Smurfs were also spotted in Belgium, where they made plenty of friends in Antwerp, for example, in the city’s main shopping street.