An international award for the Canal Plan 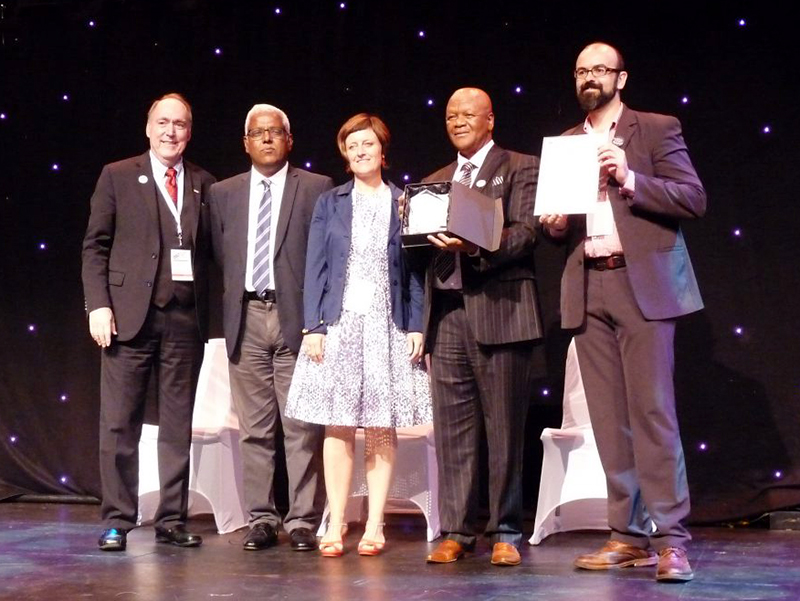 The International Society of City and Region Planners (ISOCARP) awarded the 1st prize of excellence to the Brussels-Capital Region. It was presented to Alfredo Corbalan, the head of European projects at the Brussels Urban Development Agency.

The International Society of City and Regional Planners is a leading professional association for urban development recognised by the United Nations, UNESCO and the Council of Europe. Every year it awards prizes for urban projects or urban planning initiatives demonstrating a high degree of excellence in innovation, sustainability, socio-economic cohesion and cross-disciplinarity.

Submitted by perspective.brussels (the Brussels Planning Agency) on behalf of the Region, the Canal Plan won the 1st Prize this year, ahead of projects from Canada, China and Poland. This is the second year running that a Belgian project has taken the 1st Prize, last year’s winner being Ghent with the Ghent Canal Zone Project.

An innovative and ambitious tool

The ISOCARP jury felt that the Canal Plan is “an ambitious and innovative multi-disciplinary planning tool, developed to achieve the urban (re)development of the central districts while tackling the main socio-economic and environmental challenges”.

Chief Architect Kristiaan Borret has been tasked with the implementation of the Canal Plan since 2015. He relies on a cross-disciplinary team bringing together several regional bodies in Brussels for this, including the Urban Development Corporation (SAU-MSI), Brussels Urban Development (BDU-BSO) and perspective.brussels / the Brussels Planning Agency.

perspective.brussels welcomes this magnificent international recognition by urban planning experts, who have used this prize to reward the work done by the Canal Plan teams and a new method of city development in Brussels based on collaborative work, innovation in governance and flexibility.

Further information: the Canal Plan of the Brussels-Capital Region, ISOCARP’s award for excellence