Environment: Belgian technology in the spotlight in Montreal 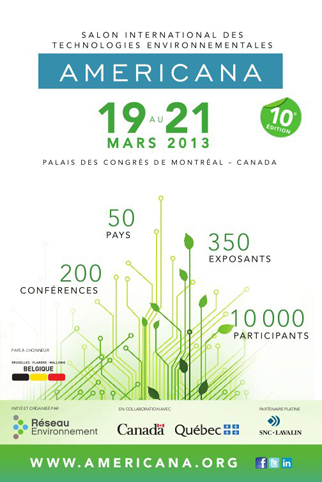 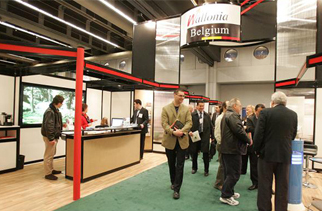 From 19 until 21 March, Montreal will host the International Exhibition of Environmental Technologies, called Americana. A sizeable delegation of the Brussels-Capital Region (BCR) and of the two other Belgian regions will attend this event, which is one of the biggest in its field in North America. The Americana biennial exhibition is an exceptional platform for developing the markets and expertise of the participating organisations. Over 10,000 people are expected to visit the exhibition, which will welcome 350 participants/companies. The organisation has also invited 200 speakers for the various debates it is organising on technical, scientific and commercial themes, which are linked to the major challenges of sustainable development. This year, thirty Belgian companies will travel to Montreal. The coordination is in the hands of the foreign trade and investment agency of the Brussels-Capital Region (Brussels Invest & Export – BIE) and its Walloon and Flemish counterparts, Awex and Flanders Trade & Invest respectively. The BCR has organised a large joint booth, the outcome of a partnership between the BIE, the External Relations Directorate and the Brussels Agency for Enterprise as well as Bruxelles Environnement. This strong Brussels presence is the outcome of the environmental cooperation between the BCR and Quebec. Since 2009, our two regions have set up an exchange programme focusing on experiences relating to the financing of the remediation of polluted soils. Quebec has a long and rich experience in the management and remediation of polluted land. Moreover, our two regions have many other things in common. Like Brussels, Montreal, for example, has a canal that in the past attracted several polluting industries. The area was the subject of an urban renewal process, leading to the construction of housing, offices, and much more. The BCR was inspired by this successful experience and, to this effect, stepped up its exchanges with the Quebec authorities. This enabled it to import the Revi-Sols and ClimatSol programmes to Brussels, where they have been implemented as Brussels Greenfields. The aim is to fund the remediation of the land on the banks of the canal, which has been affected by orphan pollution in order to develop economic projects that create jobs and have a wider impact on these areas.
Share on Facebook Share on Linkedin Share on Twitter