Speech of His Excellency Alexander Tokovinin, the Russian Ambassador to Belgium.

Manneken Pis wears a costume of the Russian Imperial Guard

On 12 June 2021, on the occasion of Russia Day, His Excellency Alexander Tokovinin, the Russian ambassador to Belgium, presented a miniature costume of an officer of the Russian Imperial Guards to the famous Brussels ketje. Manneken Pis now has five Russian outfits in his wardrobe.

Brussels International participated in the ceremony, which is part of the celebrations marking the 25th anniversary of the cooperation agreement between the Brussels-Capital Region and the City of Moscow. The event was organised with the support of Russian House in Brussels in the context of the Russian Seasons international cultural project. 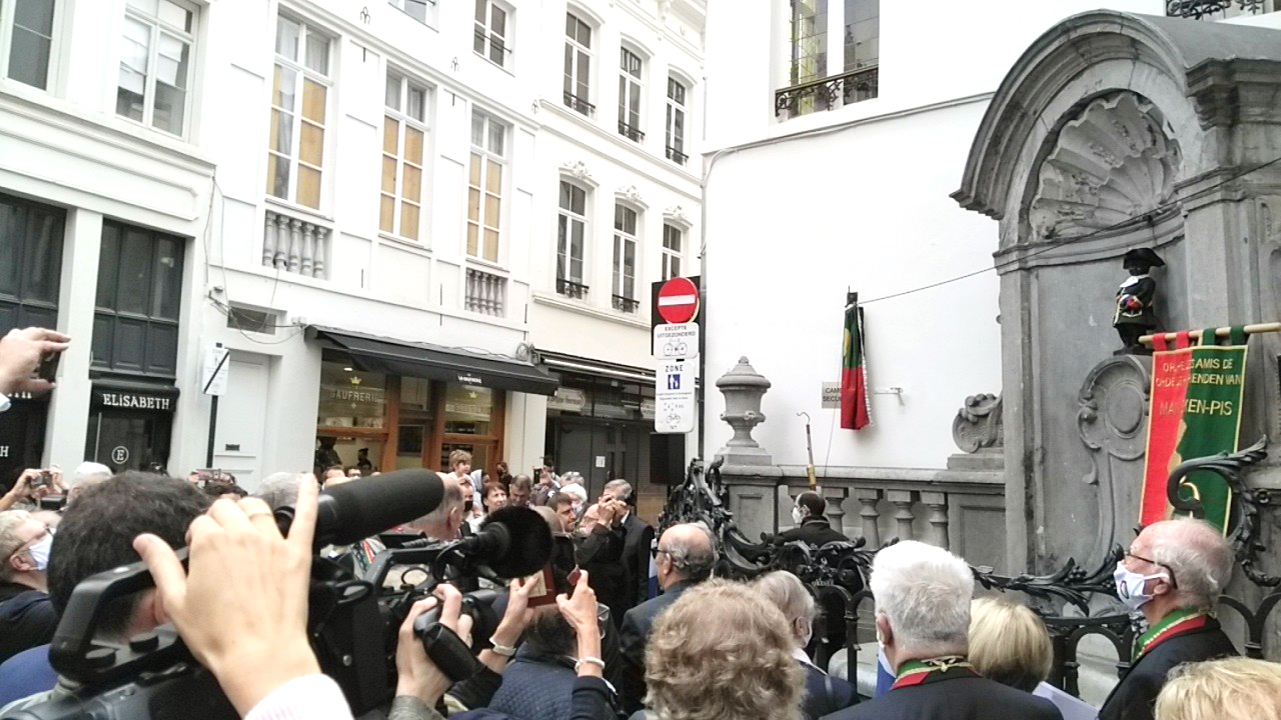