Opening, within the hub.brussels incubator, of the European office of FILSPEC, a world leader in the manufacturing of high-performance technical yarns, in the presence of Cécile Jodogne, State Secretary of the Brussels-Capital Region in charge of foreign trade. The Quebec-based SME hopes to develop new markets from the European capital.

On Tuesday 10 December, Guy Vanhengel, the Minister responsible for external relations of the Brussels-Capital Region, met with Nadine Girault, Quebec’s Minister of International Relations and La Francophonie, in Brussels. 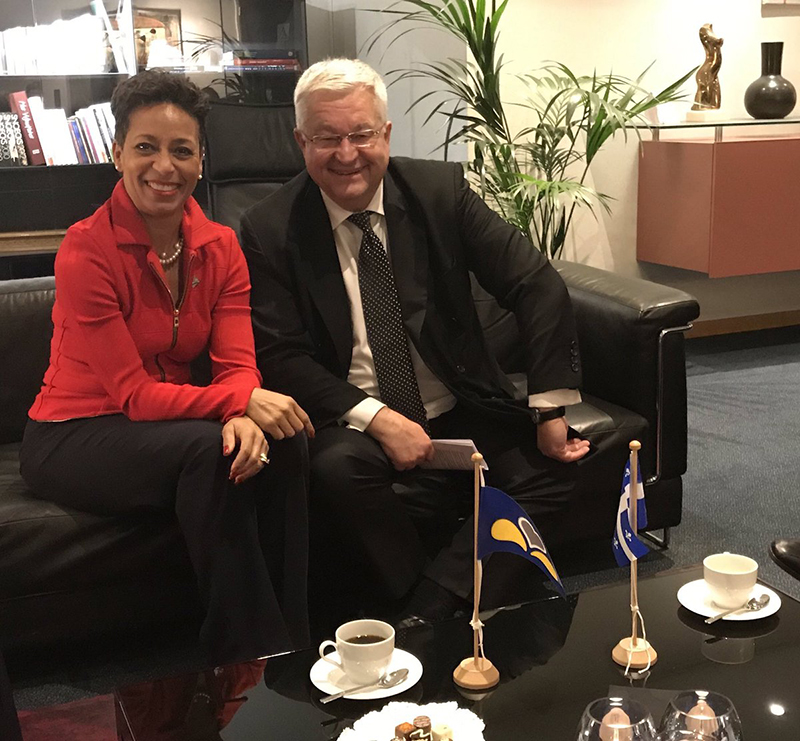 A very interesting meeting between Guy Vanhengel, the Brussels Minister of External Relations, and Nadine Girault, Minister of International Relations and La Francophonie. Quebec is one of our region’s most dynamic partners!

During this bilateral meeting, the two ministers discussed the fruitful exchanges between the Government of Quebec and the Brussels-Capital Region. They reviewed the projects that were developed in the framework of the cooperation agreement which Quebec and our region signed in 2002, on the themes of the environment, security and employment.

Minister Nadine Girault then met with Cécile Jodogne, the State Secretary of the Brussels-Capital Region, in the offices of hub.brussels, which is the home of the Brussels Foreign Investors Hub since March 2018. Hub.brussels enables international companies to test the Brussels market. The Quebec-based company FILSPEC, which specialises in the manufacturing of high-performance technical yarns, recently established an office in this incubator.