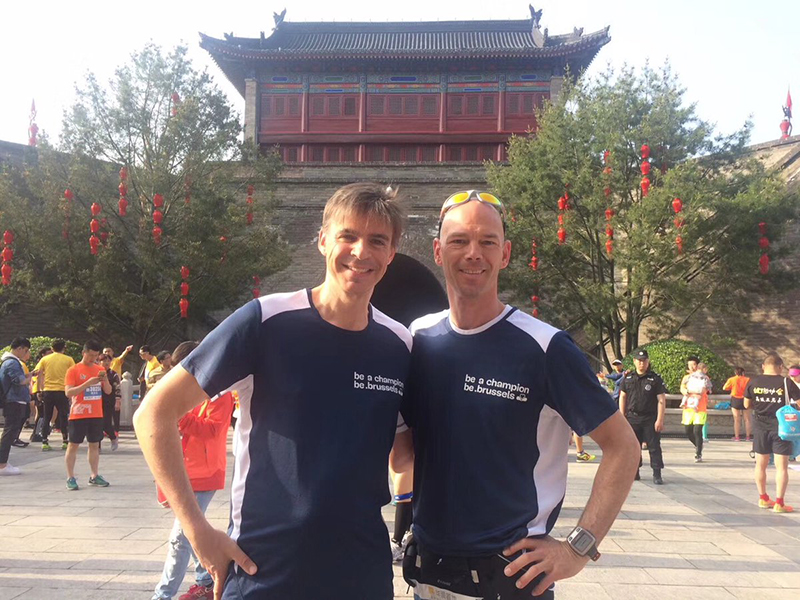 The Xi’an City Wall Marathon is organised since 1996, and is the world’s only race to be treading across ancient city walls. 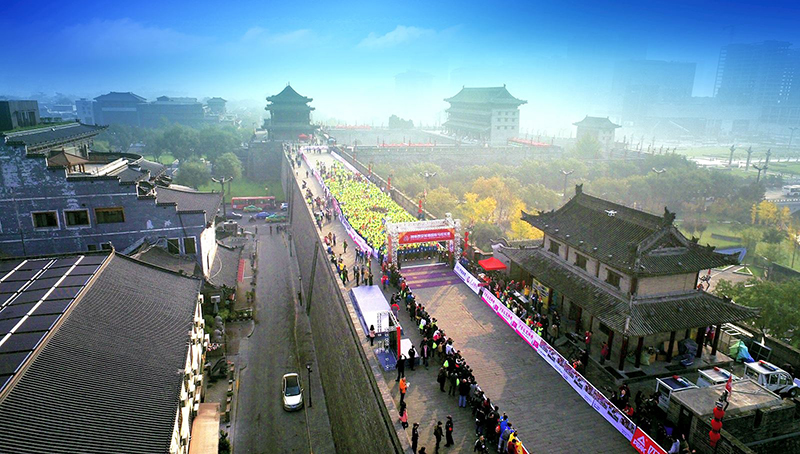 The fortifications of Xi’an, which were started under the Ming dynasty in 1370, have a total length of 13.7 km. They are 12 metres high, making this a unique location to run a marathon! 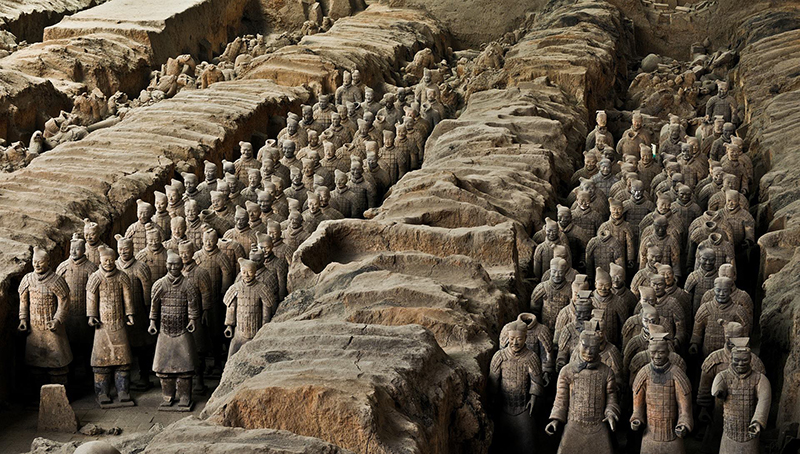 The Brussels-Capital Region and Xi’an signed a cooperation agreement in 2014, which is why the capital of Shaanxi Province invited our region to participate in the event.

Xi’an was the starting point of the mythical silk route and the former imperial capital of China. The city is also world-famous for its buried army of 6,000 life-size terracotta warriors and horses, which are 2,000 years old.

Brussels International sent two Brussels athletes, Emmanuel Foulon and Sébastien Rémy, to Xi’an to participate in this exceptional marathon on 21 April 2018. Our athletes did our region proud.